By the age of 21 he was dealing in manuscripts on his own account and already had an international clientele, as can be seen from this invoice from 1928, addressed to John Frederick Lewis, whose manuscripts are now at the Free Library, Philadelphia: 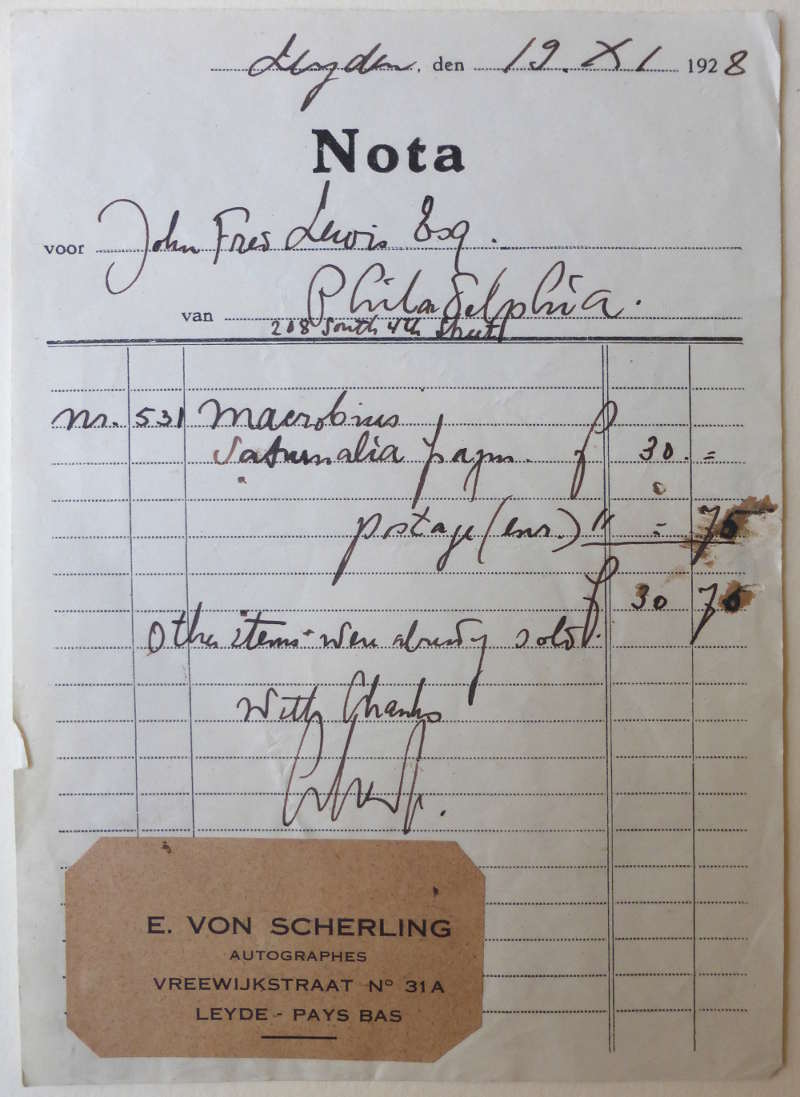 The fragment itself:
is still accompanied by a clipping from von Scherling Catalogue 5:

In February 1931 von Scherling began a new series of catalogues, which tried to combine short articles and editorial comment with a conventional bookseller catalogue, under the title Rotulus: A Quarterly Bulletin for Manuscript-Collectors. The first issue had the first instalment of an article ("to be continued") "About the Discovery of Manuscripts", and a section headed "A Motley of News about Manuscripts".

von Scherling had an taste for eye-catching stories; Vol.II no.3/4 begins like this:

while Vol.III no.1 includes this:

The numbering of items for sale in the first Rotulus catalogue begins at 1051, because the numbering continued from his previous catalogues; on the last page of the first issue of Rotulus he lists the most recent, numbered 7–11:

At the end of his first volume of Rotulus he printed an index that includes items sold in previous catalogues, and here we can find the Macrobius fragment, no.531, that Lewis bought in November 1928:

Publication of Rotulus was somewhat erratic. The original title included the word "Quarterly", and there were indeed four issues in 1931, but only three in 1932 (the third is numbered "no.3/4"); and two in 1933. Publication was suspended after June 1934 until Winter 1937. This was undoubtedly due to the Great Depression, which in the Netherlands was at its worst from 1933 to 1936. The following note appeared at the beginning of the catalogue for June 1933 (vol.III, no.2), immediately before this three-year hiatus: 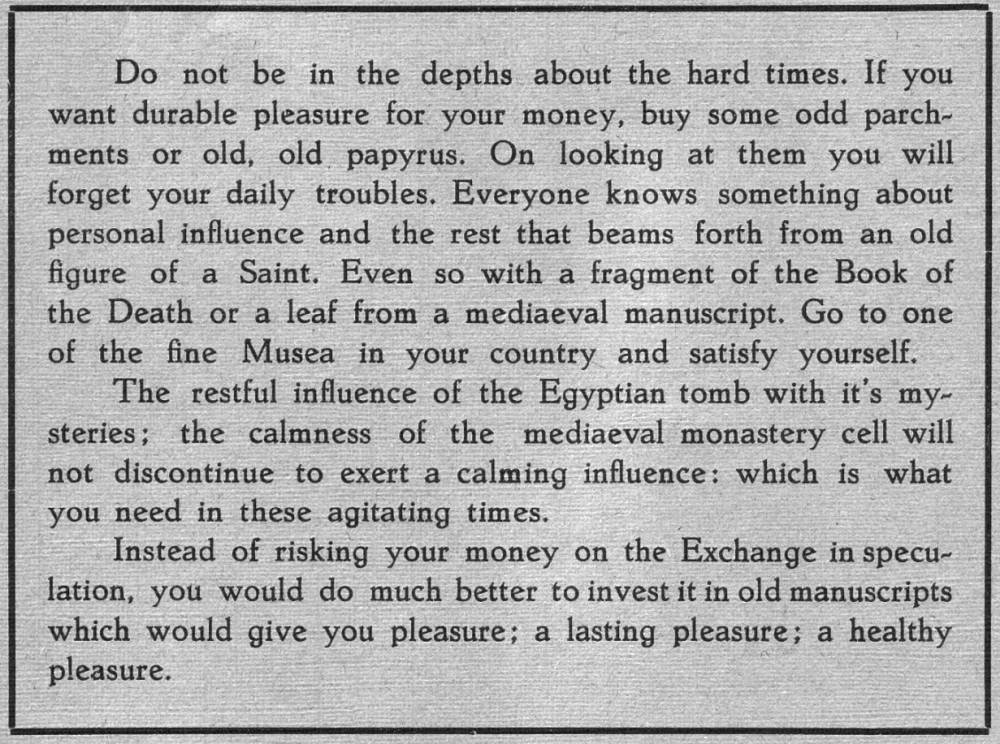 This notice, mentioning "old, old papyrus", "the Book of the Death" (i.e. of the Dead), and "the restful influence of the Egyptian tomb", is a reminder that von Scherling always dealt in non-Western and pre-Christian manuscripts as well as medieval European ones. Forced to suspend publication of catalogues, von Scherling did not waste time, and took the opportunity to go hunting for new stock in Egypt; when publication resumed he wrote:

In his catalogues he often included a request to readers: "AS WE HAVE NO SHOP WE WOULD ASK COLLECTORS AND LIBRARIANS TO INFORM US BEFOREHAND OF THEIR INTENDED VISIT TO LEYDEN". Rotulus was thus published from a series of home addresses: 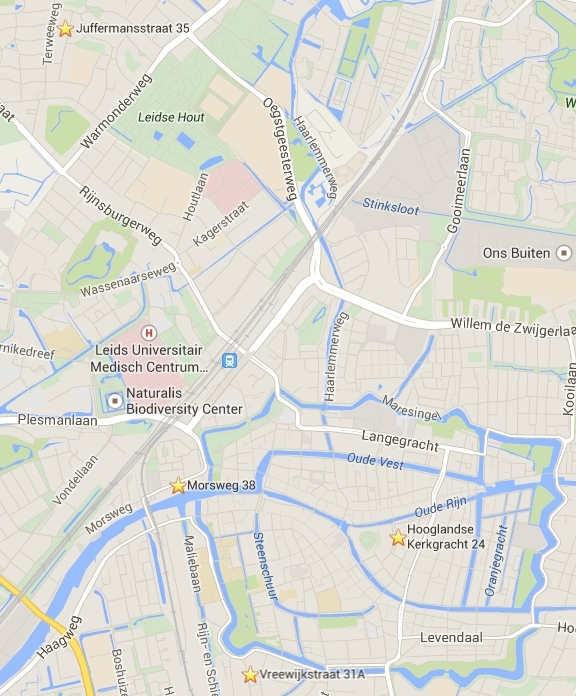 Anne Korteweg, in her catalogue of the collection of manuscripts at Huis Bergh (p.206), describes how:


"... numerous fragments which were bought from Erik von Scherling ... could be identified by means of the metal clips that were used to fasten the fragments to a piece of coloured cardboard ... in addition he used to glue carelessly cut out slips of paper with descriptions of the fragments in English and Dutch on the back of the cardboard."

Such metal clips can be found at the corners of the Pietro Ursuleo leaf mentioned in a previous post: 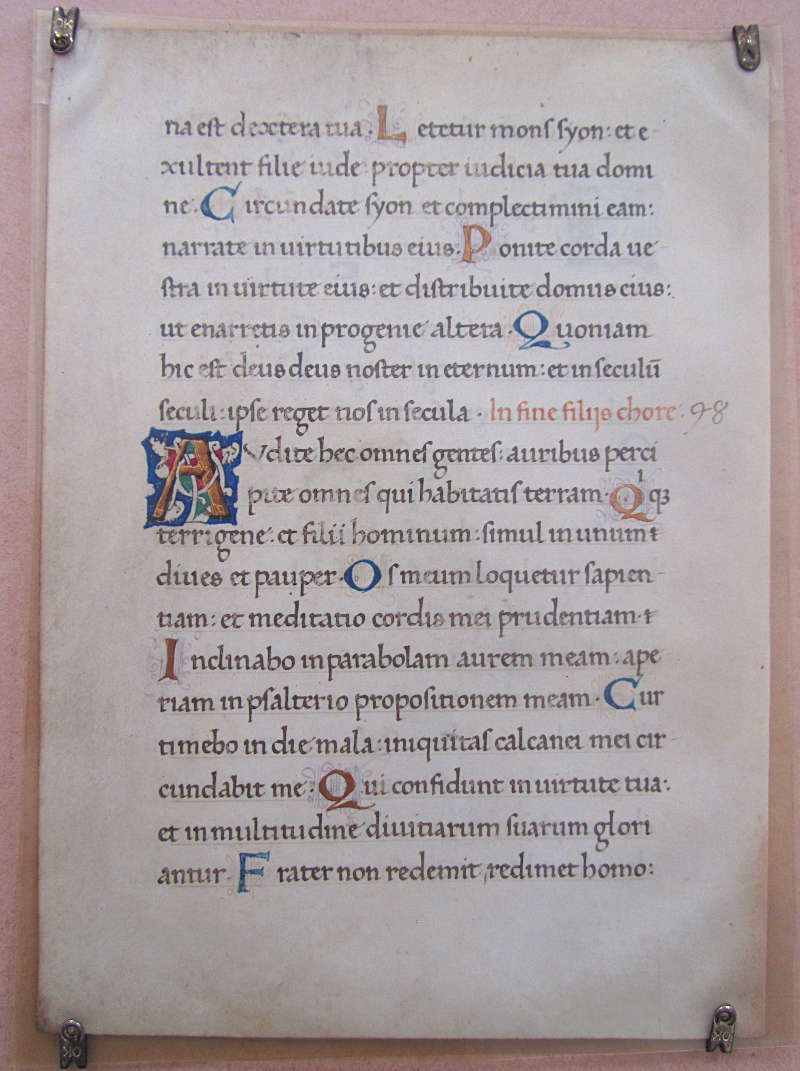 retains von Scherling descriptions in Dutch and English, as well as the metal clips:


"cutting at base from catalogue of Erik von Scherling of Leiden (this leaf his Rotulus IV, Winter 1937, no.2028) held in place with brass clips".

There are lots of interesting items described in Rotulus, but it seems to be rather scarce in libraries today. They are, however, available online:
At the same time as he was publishing Rotulus (which referred to itself as a "Bulletin"), von Scherling seems to have continued publishing "catalogues" numbered as a separate series, including:

Most of the references and links above come from J.J. Witkam's Islamic Manuscripts website, but I have simplified and re-formatted his list.

Volumes 1–5 also seem to be available via the Hathi Trust, digitized from copies at the University of Michigan. A few years ago I found a good set on the open shelves at UCLA, and Worldcat also lists copies at Yale, Columbia, Buffalo, Cleveland, and elsewhere.

In future posts I hope to discuss some of the items included in Rotulus, such as the full-page miniatures reproduced at the very top of this post. 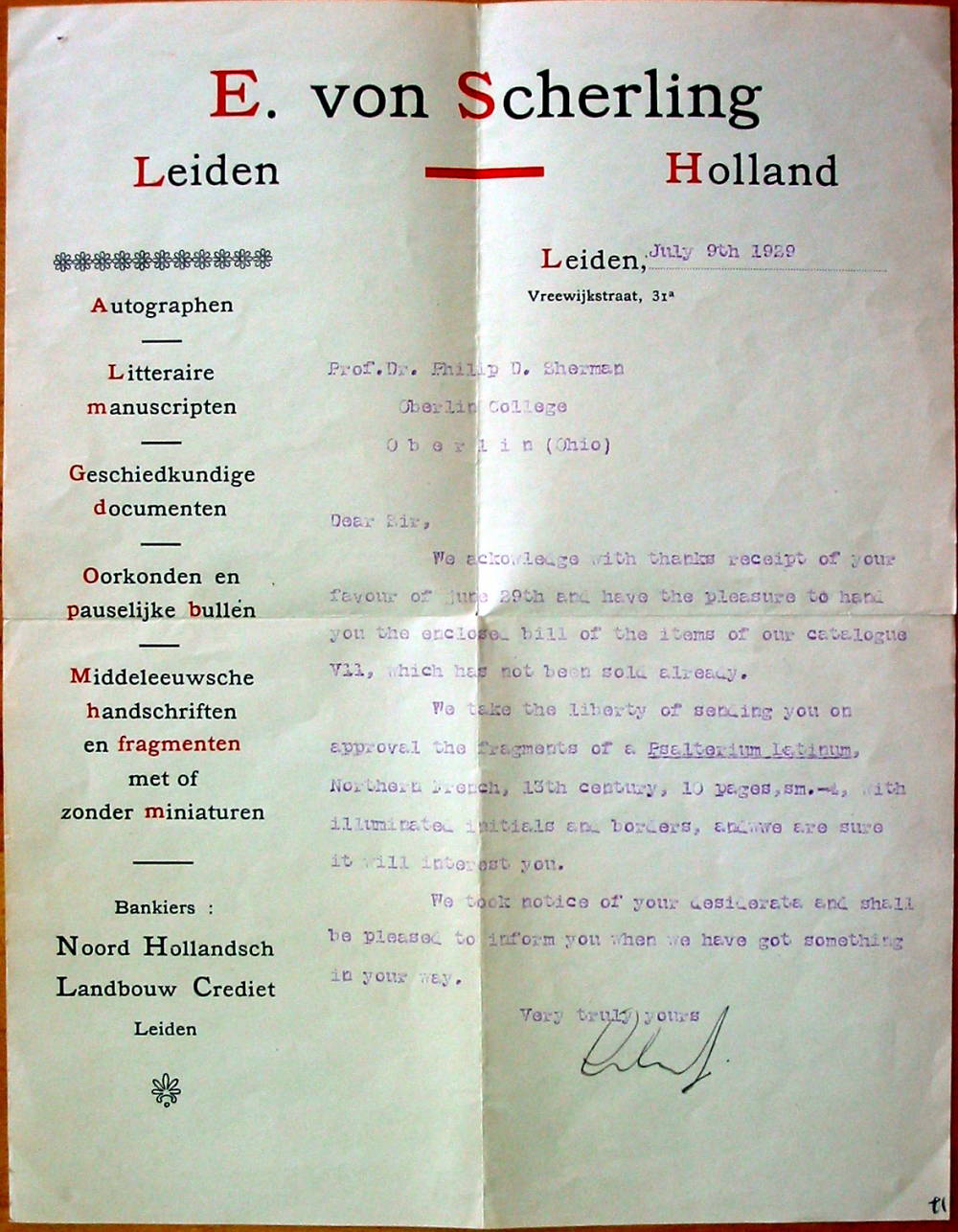 EDIT 11 August 2020
A search of Worldcat produces records of some more catalogues: