In a post about the Brölemann catalogues in 2015 I wrote "In due course I intend to tabulate the numbers of the three catalogues to see what patterns emerge." I had hoped that one of the catalogues might be arranged in order of acquisition, and that it would thus allow me to determine the relative dates of acquisition for those whose source was unknown.

I made a start on this, but the initial burst of enthusiasm faded when it became clear that patterns were unlikely to emerge, and the table has languished until now. Over the past few days, however, I have brought my table to a more complete state, and share it now as a Google Doc in case it is of use to anyone. It is arranged like this:
For anyone nervous about opening a shared Google Docs file, I have also put a PDF version on my academia.edu page here. (The Google Doc will be updated periodically, the PDF version probably won't).

I hope that people will find this table when they encounter a manuscript with a typical "Ex libris A. Brölemann" bookplate and Google it, and that they will send me additional identifications, current locations, or additional provenance.

The Manuscripts of T. O. Weigel, III:
Miniatures at the Met and the Houghton


In a 2016 blogpost I discussed the miniature above, which was given to The Metropolitan Museum in 1939. I showed that it can not only be traced to a 1912 Boerner auction [1], but also so a fixed-price catalogue issued by the same firm the following year. The Met website has since been updated to include this information and these two items of bibliography, and has added the (unsubstantiated) statement that Boerner sold it in 1913.

The scrolls held by the figures in the image make for an easy identification in the 1898 Weigel and 1905 Hiersemann catalogues: 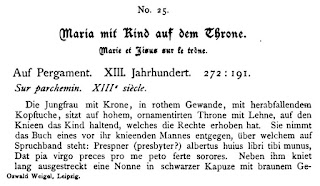 We can thus take the provenance of the miniature back more than thirty years further, at least to 1881, when Weigel died.

Also in 2016, I wrote a couple of posts (here, with a postscript here) about this leaf at Harvard: 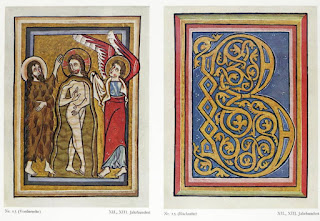 The unusual combination of a full-page miniature of The Baptism on the recto, and a full-page Beatus initial on the verso, makes it easy to identify as another of the Weigel leaves:

This allows us to flesh-out its provenance a bit more, as follows:


[1] In fact, this information was already published in a footnote to a short acquisition announcement in The Metropolitan Museum of Art Bulletin, 35 no. 4 (April 1940), p. 93, of which I was unaware, but to which Michael Gullick drew my attention later: 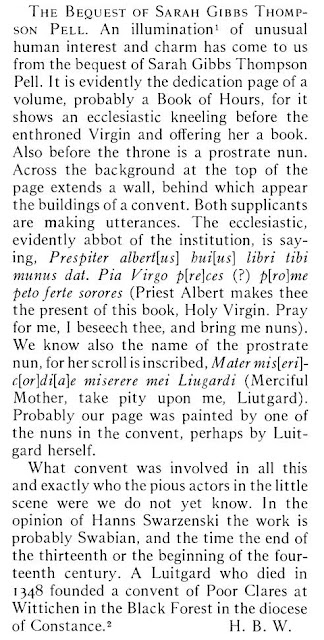 The Brölemann "Catalogue A" Has Resurfaced 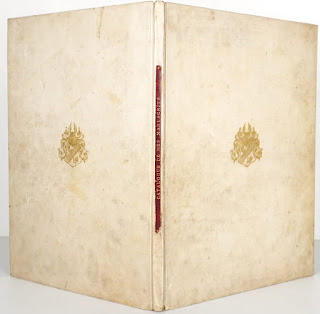 In several previous posts I have discussed the manuscripts of the Brölemann family, including the famous Beauvais Missal, and the catalogues of the collection (here).

In summary: hitherto, the only known catalogue of the manuscripts was printed in 1897; at the end of each entry it has references to "Cat. A" and "B", each with a number, presumably referring to two older handwritten catalogues or inventories:

The "A" numbers correspond to numbers found in the books themselves, usually on the front pastedown on an blue-edged octagonal paper label, such as this:

Elsewhere on the pastedown there is often another number, prefixed "B", corresponding to the "B" numbers in the printed catalogue, and very occasionally corresponding to a brief description inserted into the manuscripts themselves.

A portion of the Brölemann library will be sold at auction in January, and it includes the long-lost handwritten "Catalogue A".

The Manuscripts of T. O. Weigel, II:
A Leaf In Cleveland


Among the leaves and cuttings attributed to Germany in the Weigel catalogue, the second (no. 9) is the 'title-page' of Gregory the Great's Moralia in Job, dated early 11th century. The imagery is described in some detail; in the upper half there is a scene of Job on the Dungheap and his three friends, and in the lower half is Pope Gregory and a tonsured deacon.

The Manuscripts of T. O. Weigel, I:
The Catalogues 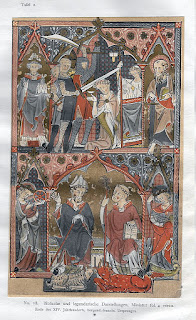 Some years ago, in part payment for some work I had done for a dealer, I acquired two copies of the auction catalogue of manuscripts of Theodor Oswald Weigel (1812-1881), bookseller and art historian of Leipzig, but best known as a collector and publisher of 15th and 16th-century prints. 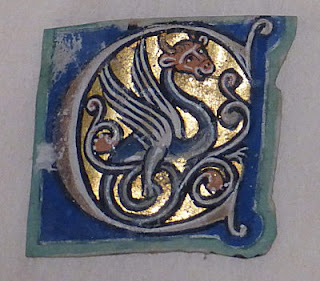 Attentive readers will have noticed several things about the cuttings shown in the previous post. First, the text on the backs of the initials demonstrate that the parent manuscript was written in very short lines (typically only three to five words per line). It must therefore have been written in two columns, as is confirmed by the back of this Yale cutting: 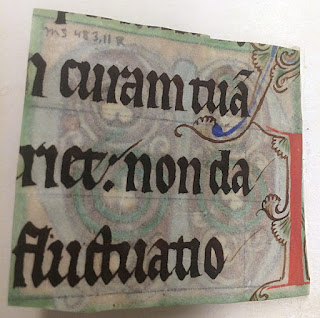 and this Princeton cutting: 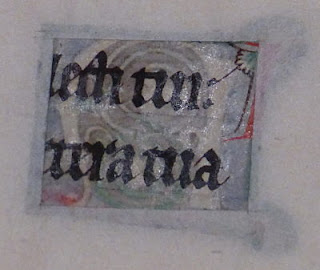 In both cases, we can see the end of some lines of text which form part of a left-hand column, and parts of flourished initials that introduced verses in an adjacent right-hand column. (In both these cases, therefore, we know that the illuminated initial on the other side was in the right-hand column).