An Exhibition in Richmond, Virginia, in 1943


A few years ago I was trying to find out what leaves and cuttings are in Virginia, so I contacted the Virginia Museum of Fine Arts about an exhibition catalogue that seemed not to be available in any London library: 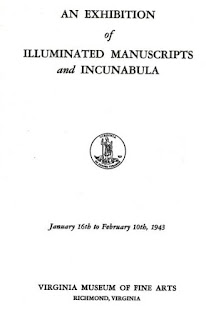 The archivist Courtney Yevich Tkacz very kindly sent me a scan of it. (It has since been put online here). Looking at it again this week, I noticed several connections with recent blogs.

A Gradual at Central St Martin's, From the Collection of Howel Wills 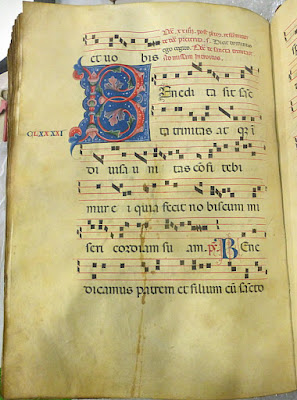 A year or two ago, I discovered that Central St Martins, the London college of art and design [Wikipedia], has a collection of medieval illuminated manuscript leaves and cuttings, including quite a number of interest to me. I'll try to write about some of them on another occasion, but today I will describe one of their three bound codices: a characteristically large late medieval Italian choirbook.

Illuminated Manuscripts from the Collection of Siegfried Laemmle (1863-1953)

This week's blog has lots of gaps in it -- I am hoping that readers can help fill some of them.

Having worked in the Department of Manuscripts at the J. Paul Getty Museum for two years in the early 1990s, I naturally have an interest in medieval manuscripts in LA (and California more generally). But it was only fairly recently that I was able to obtain a copy of a fairly scarce catalogue of an exhibition held in 1953-54: 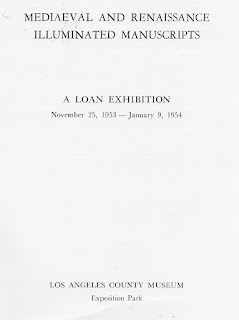 Loans came from "the usual suspects", including the Walters, the Morgan, and the Houghton; and from some well-known dealers and collectors, such as Duveen Brothers, H.P. Kraus, Wildenstein and Company, and Philip Hofer; but also from a small number of much less well-known dealers and collectors, such as Victor Spark, Piero Tozzi, Siegfried Laemmle -- a successful Munich art dealer who fled to the US from Germany in 1938 -- and his son Walter. 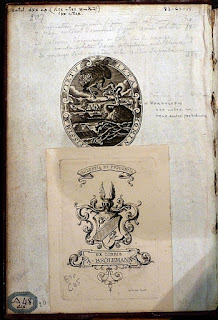 I do not yet know who the successful buyer was, but I am attempting to find out.