A Tree of Affinity [Part III] : The Missing Miniature Found

It was always my hope, when starting this blog, that it would allow me to provide periodic updates in a way that very difficult in conventional academic publishing, and especially to reduce the amount of time that elapses between making a discovery or observation, and sharing it with those who might be interested. Today's post is a case in point.

I have twice written about a volume of Goffredo da Trani's Summa super titulos Decretalium (here and here), and its interesting provenance. The volume remained complete until the Delamarre sale in Paris in 1909, and then, by 1928, had its two large miniatures excised. One of these (the Tree of Affinity) ended up in the McCarthy collection, the other (the Tree of Consanguinity [Wikipedia]) was untraced until now. 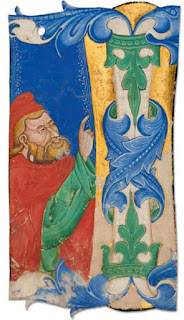 I have been compiling a list of the illuminations of Mortimer Brandt recently (they will be the subject of a future blogpost), including the one above, which gave me a reason to investigate its provenance.
It has long been recognised as being extremely similar to a cutting at the Yale University Art Gallery (above) -- they presumably come from the same parent manuscript. One of the things that is never conveyed by images like these is their large size: they are each 20-23 cm (8-9 inches) tall.

Each shows a half-length prophet(?), looking upwards, next to an initial "I"; the palette and design of the initial "I"s are extremely like one another, so the main differences are the colours of the figures' beards and clothes. 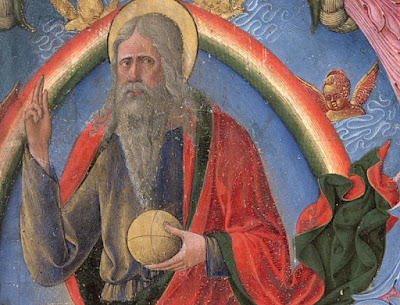 There are a number of illuminated cuttings at the Yale Art Gallery whose 20th-century provenance seems to have been "lost" (or at least forgotten).

Most of them are described and reproduced in the catalogue of the exhibition of illuminations from the collection of Robert Lehman: Treasures of a Lost Art: Italian Manuscript Painting of the Middle Ages and Renaissance,  edited by Pia Palladino (New York, 2003), nos. 48a-i, 57, 64, and Appendix, no. 1.

More on the Gospel of the Wife of Jesus 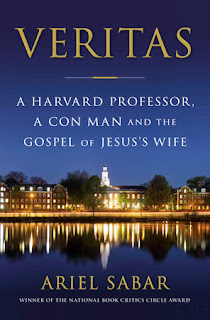 A few years ago I linked (here) to a fascinating article in The Atlantic about the so-called Gospel of the Wife of Jesus; the article explains how the forgery was uncovered largely through a close study of its recent provenance.

I now learn that Ariel Sabar, author of the article, has a new book on the same subject (shown above), published yesterday.

According to this review, the book adds considerable new detail to the previously published account, including a damning account of the peer-review process that enabled the fake papyrus fragment to be published, as genuine, in a reputable academic journal. This does not surprise me; both in my personal experience, and from anecdotes related to me by friends and colleagues, the peer-review system does not work: it allows bad articles to be published and worthy ones to be rejected, and creates a false sense of the legitimacy of those (usually politically-motivated) decisions. 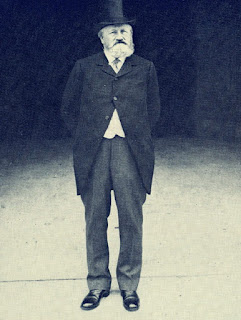 I recently found a contribution I wrote fifteen years ago for a facsimile commentary of BL, Yates Thompson MS 36, a copy of the Divine Comedy illuminated by Giovanni di Paolo for of Alfonso V, King of of Aragon, Naples, and Sicily:

My text was translated into Italian for publication, and in the nature of such facsimiles, it has presumably had a rather limited readership; I have therefore this week put the original English text on my Academia.edu page here.

Much of my discussion about Henry Yates Thompson was, or will seem now, rather derivative, but I think some of it is original, so I decided to provide an extract here, in the hope that it will be of interest to some readers, concerning HYT's attitude to America and Americans.

The following passage relates to the much-discussed matter of HYT's decision to sell most of his manuscripts at open auction, in the knowledge that many might be acquired by collectors and institutions in the USA:

An interesting aspect of the proposed sale that has not, to my knowledge, been mentioned before, is Yates Thompson’s attitude towards American versus British owners of manuscripts. On hearing that Yates Thompson had decided to auction his manuscripts, M. R. James appealed to him that, having been brought together safely in an English collection, they should not ‘be dispersed again among Boches, Jews and Transatlantics.’ [1]

Cockerell displayed similar, if less strongly expressed, sentiments when he wrote begging Yates Thompson to ‘give me the chance of raising the money and securing them for the country and Cambridge … I will at least try my utmost to save them from the hands of ignorant millionaires’. [2]

Yates Thompson would have been completely unmoved by these nationalistic appeals. Neither James nor Cockerell had been to America, but Yates Thompson loved the country and had been there many times: he first spent six months there in 1863, concluding that ‘If ever a nation deserved to live it is the United States of America’; [3] he went again in 1866 to re-visit the friends he had made, taking his younger brother with him; he took his wife there soon after their marriage (her great-grandfather was from Virginia); and he and his wife were known for their hospitality to Americans in London: his obituary in The Times noted that ‘He became the warm friend of each succeeding American Ambassador in London and welcomed to his house in Portman Square all Americans of any intellectual standing who found their way there – and most of them did.’ The Yates Thompsons counted among their friends Henry James, Henry Adams, and Andrew and Louise Carnegie. ‘He always loved the company of Americans and after 1863 he returned to America again and again right up to the time of the 1914–18 war’. [4]

In an attempt to make America better understood in England Yates Thompson even offered to endow an annual Lectureship at Harvard on the ‘History and Political Institutions of the United States of America’, but the offer was turned down by Cambridge University, where the lectures would have been delivered.

‘What excellent news! It is an episode of importance in your life. You will come back Americanised—in a good sense—especially [because] you will teach the British world how absurd their craze is for retaining all art and history treasures in England, when the truth is that such as they manage to secure will be quite as much or more valued and cared for in America than here.’ [5]

1 Quoted by Hermann, op. cit., p. 187. James was a firm Anglican, which may explain his antipathy to Jews; and had lost many friends in the First World War, which explains his enmity towards Germans; but I have no reason to suppose that he had any particular ill-feeling towards Americans.
2 Blunt, op. cit., p. 146–47; the reference to ‘ignorant millionaires’ was doubtless a reference to the Americans such as J. Pierpont Morgan who were buying many of the best items that appeared on the market in the preceding two or three decades.
3 Quoted by Jean Gooder, op. cit., pp. v–vi.
4 Chancellor, op. cit., p. 3.
5 In a letter dated 9 October 1920 (BL, Additional MS. 52755, f. 224)

The manuscript has now been digitised here.
Posted by Peter Kidd at 07:00 No comments:

[I accidentally deleted this post, and so I am now re-posting it; apologies if you get an alert to this post if you have already read it before. I have, however, added a very short addendum] 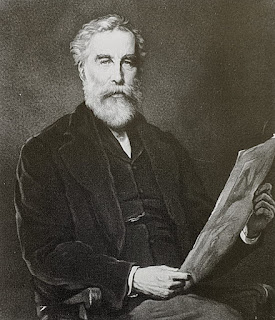 As discussed in a previous post, the British Library has the small but important collection of illuminated cuttings and leaves formed by John Malcolm, of Poltalloch, depicted above.

I have begun to prepare a detailed list of the provenances of the items in the collection, but I begin today with some general background.