Cuttings by the Monza Master [III] 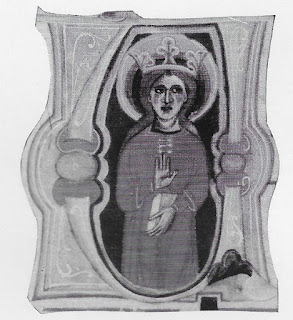 In a previous post I reproduced the image above, which is close in style to the large series of cuttings attributed to the Master of Monza, and I suggested that it came from the same series, cut from a collection of saints' lives.

I also suggested that it might be the "small cutting with a princess saint in an initial V in the Enrico Frascione collection in Florence" from a "broken-up choirbook", mentioned by Gaudenz Freuler in a 2013 catalogue.

A Dismembered Book of Hours Once Owned by Count Durrieu: A Second Postscript 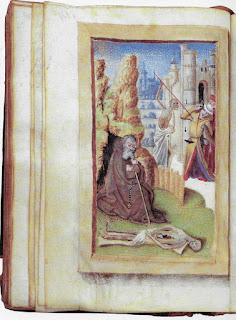 In a recent post (and a first Postscript) I discussed a now-dismembered Book of Hours that was described in a Sam Fogg catalogue in 1991. I now realise that it was still intact several years later, in 1997, when it was offered by Les Enluminures, Catalogue 6: Heures Me Fault de Nostre Dame / A Book of Hours, Too, Must Be Mine (Paris, 1997), no. 13, from which the images above and below come.

A Miniature of St Augustine Absent From the Rosenwald Collection Catalogue 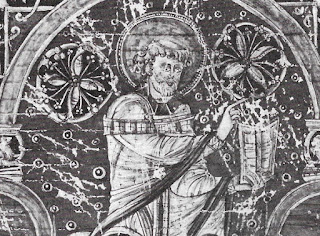 There have been a number of catalogues in the past decade or two dedicated entirely or primarily to collections of single leaves and cuttings, and I have increasingly come to think that the best model for how such catalogues should be presented is, in fact, one of the earliest, namely Carl Nordenfalk et al, Medieval & Renaissance Miniatures from the National Gallery of Art (Washington, DC, 1975): 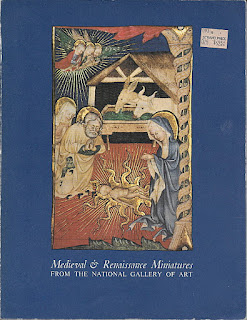 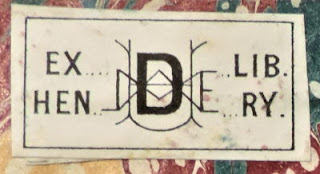 A reader sent me this image and asked if I knew whose book label it is, suggesting that the letters in the central monogram might be read as "Daume". I didn't recognise it, but by Googling the unambiguous part, "EX LIB HEN RY", I was quickly able to find the answer.

A Dismembered Prayerbook from the Collection of Henry Yates Thompson: An Addendum 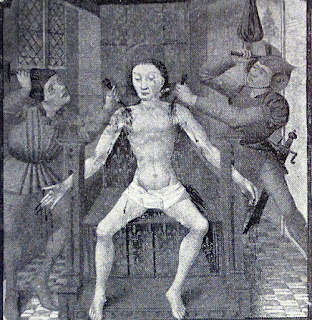 In a previous post I collected together a few miniatures of a dismembered prayerbook, and in another post I investigated its provenance.