Many of my blogposts start as very small questions or observations, which might be easy to ignore, but that become more interesting as I pursue them, often leading in unexpected directions. Today's post is an example of this.

I am attempting to trace the provenance and present whereabouts of as many lots as possible from the Holford sale in 1927. Looking through the Italian volumes of the Illuminated Manuscripts in Cambridge catalogue this week, I found one that I had previously overlooked, now at the Fitzwilliam. Its reported provenance led me to "meet" Felix Joubert for the first time.

The Antiphonary of Marguerite de Baconel 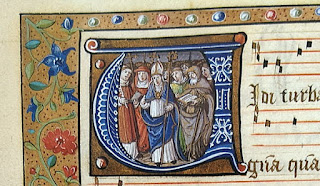 In a previous post about Brölemann manuscripts, I listed the provenance of the Antiphonary of Marguerite de Bacovel [sic], of which this is a slightly revised version:
This week I discovered that the manuscript has been cut up.

A Rediscovered Border from the Murano Gradual

A couple of years ago, trawling the Fragmentarium website for illuminated manuscripts, I encountered this group of cuttings of medieval borders, attached to a page from a 19th- or early-20th-century album:


The reverse of the sheet has 1916 accession numbers, and de Ricci, Census, p. 1050, records that it was part of a group given the Fogg Art Museum by William Augustus White (d. 1927) in that year. [1] It was later transferred to the Houghton Library.

Ignoring the three smallest pieces in the upper left and middle of the page, my eye was especially caught by the large border that occupies the right-hand side and lower part of this page. It really is large: 40×23cm. according to the online description -- so it is presumably from a huge choirbook. [2]

Amigotus and the Agen Breviary


On Wednesday this week a "European Illustrated Manuscript Page on Parchment", shown above, was sold in Lichfield County, Connecticut, at the local auction room, between the Community Center and a Auto Parts store: 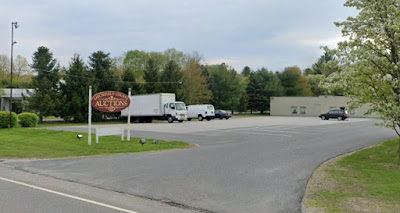 As is often the case with provincial auctions, medieval leaves keep incongruous company: the preceding lot was this 20th-century pastel, which somehow failed to find a buyer: 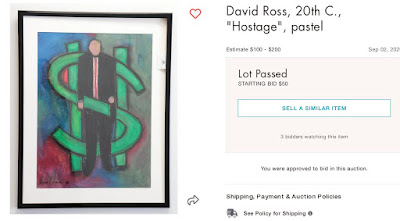 and this etching after Corot, which sold to the only interested bidder, for $20: 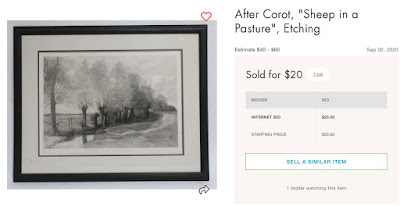