The Gospel of the Wife of Jesus 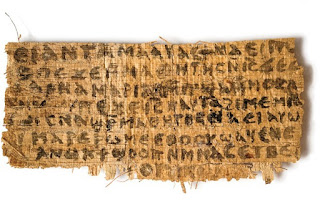 Perhaps the most intruguing manuscript provenance story of the year was the unmasking of the so-called Gospel of the Wife of Jesus papyrus as a forgery, in The Atlantic, here. I thought that it would be worth bringing to the attention of anyone who has not already read it: it is a compelling read.
Posted by Peter Kidd at 15:47 No comments: 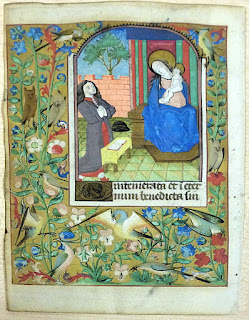 Ever since encountering one of his manuscripts at Sam Fogg's, circa 2000, I have had an interest in medieval manuscripts from the collection of Harry A. Walton (d.2007), a dairy farmer of Covington, Virginia. They can be recognised by his purple ink-stamp, of which I show two examples here, and by comparison with the descriptions in the Supplement to de Ricci's Census.

One More Leaf from the "Hastière" Bible

Today I found another. 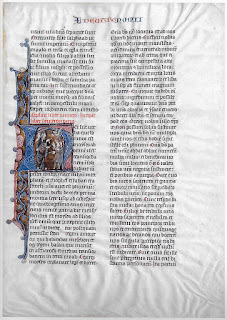 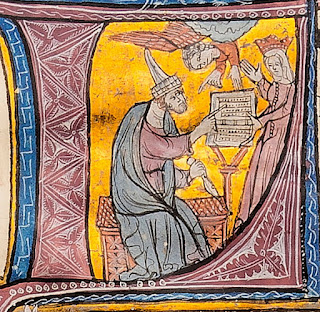 As recently as October, I wrote about some leaves and cuttings from a Bible that I refer to as the "Hastière Bible", and noted that "more will doubtless surface". Les Enluminures have kindly contacted me to let me know that they have recently acquired two more leaves from the Bible.

Cuttings from an Austrian Dominican Choirbook

At the recent Sotheby's sale, lot 14 was a charming cutting, attributed to Austria in the second quarter of the 15th century: 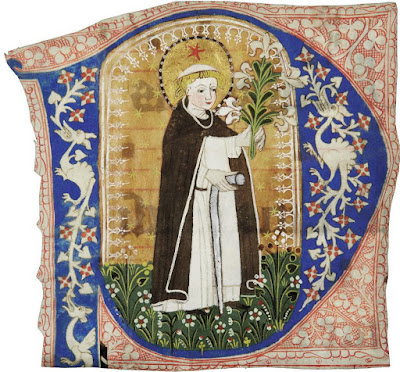 It must surely be from the same manuscript as a cutting offered at Christie's. 23 November 2010, lot 5: 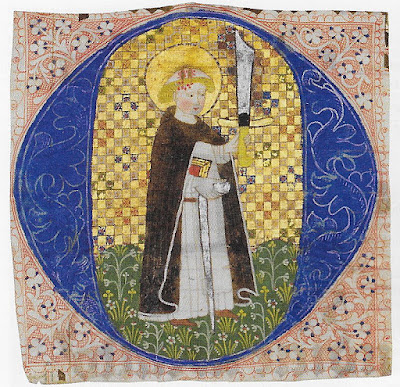 Despite some differences such as the treatments of the backgrounds, the figures are nearly identical, including such details as the shape of the white edges of the black habit that each figure wears.

Just as the recent Sotheby's catalogue was going to press, I realised that a full leaf from the same manuscript was sold at Sotheby's as the property of Eric Korner, 3 April 1957, lot 54: 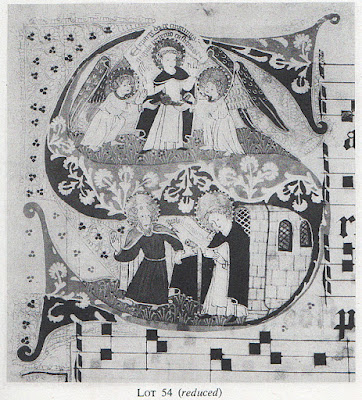 And today I have found that this leaf is now at the Indianapolis Museum of Art:
The three initials represent St Dominic, St Peter Martyr, and St Thomas Aquinas, respectively, so there can be no doubt that the book was made for a Dominican house. More leaves and cutting are sure to emerge, and it may be possible to ascertain the precise house for which the manuscript was made.


EDIT 12 December 2016
Jeffrey Hamburger has been in touch and kindly informs me that this style of illumination is in fact representative of Alsace, not Austria. It is possible, however, that the manuscript comes from a house derived from Alsace: he cites Kirchheim unter Teck, in Württemberg, which was founded by Dominican nuns from Strasbourg, who brought their Alsatian style with them (cf. his article in the Christopher de Hamel Festschrift).