Manuscripts collected by Henry-Auguste Brölemann between 1824 and his death in 1854, which descended to his grandson Arthur Brölemann, and were eventually sold by his great-granddaughter, Mme. Etienne Mallet in 1926, are scattered around the world. 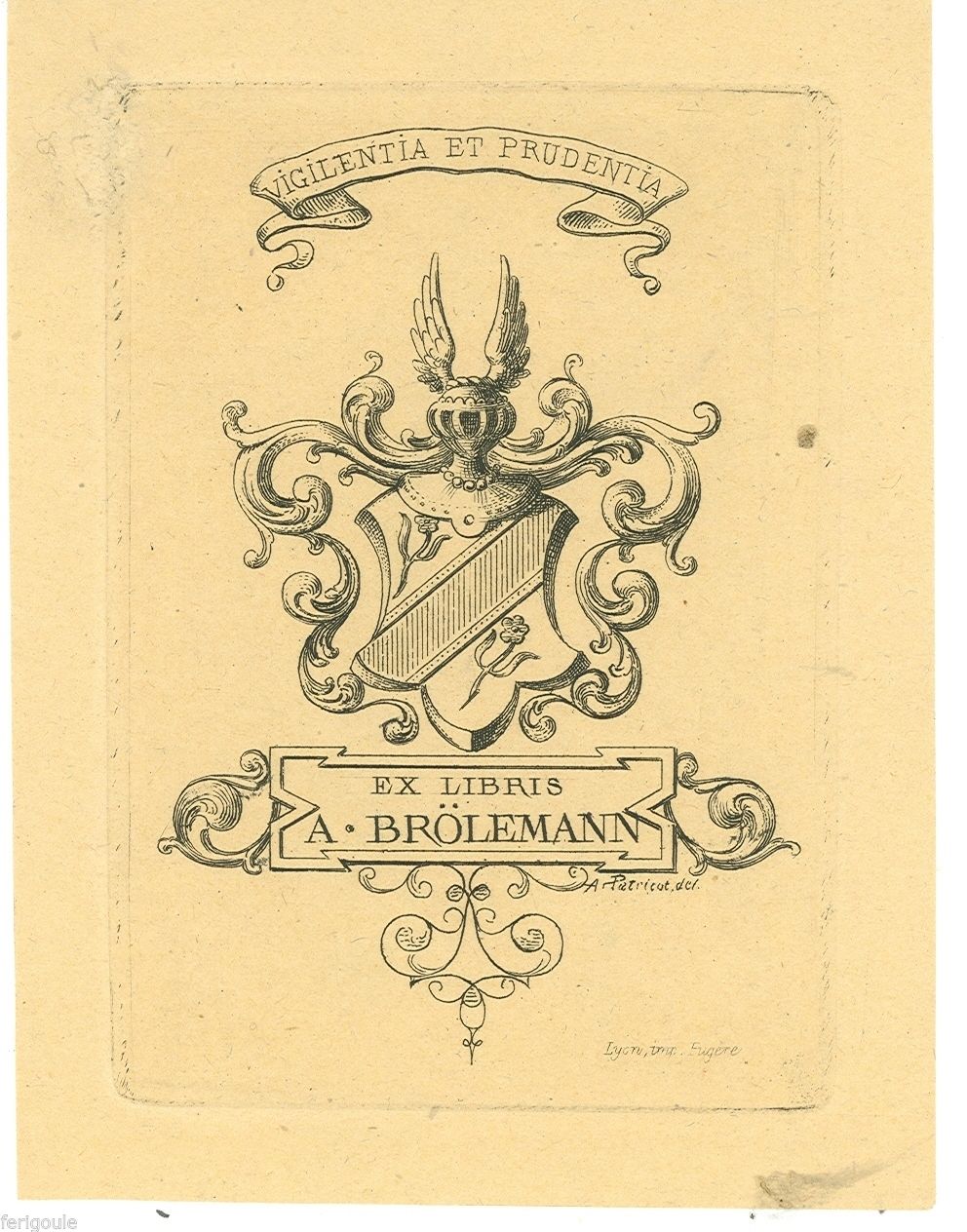 They are easily recognised by Arthur's bookplate, and a blue-edged octagonal label in the lower left corner of the front pastedown, apparently applied by Henry-Auguste, of at least four similar but slightly different designs: 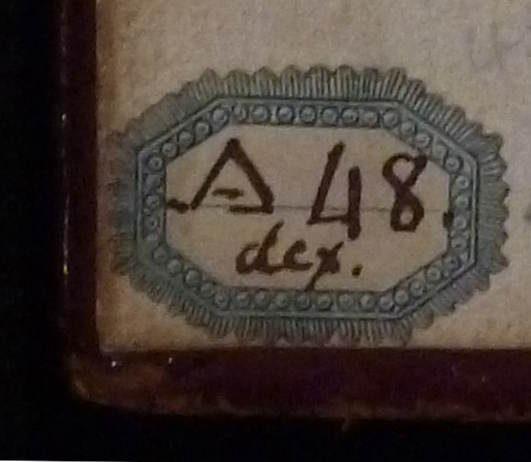 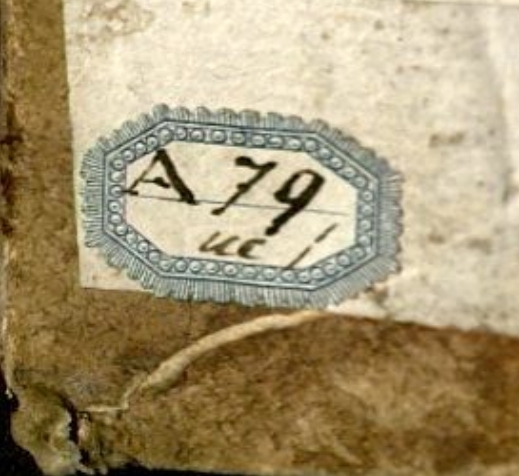 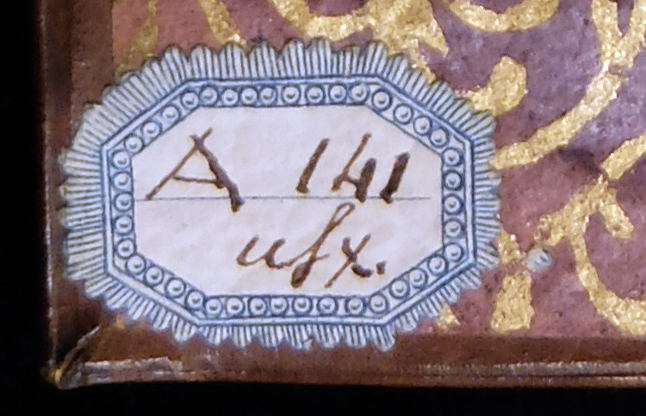 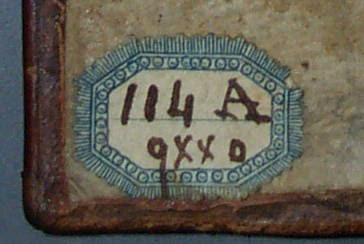 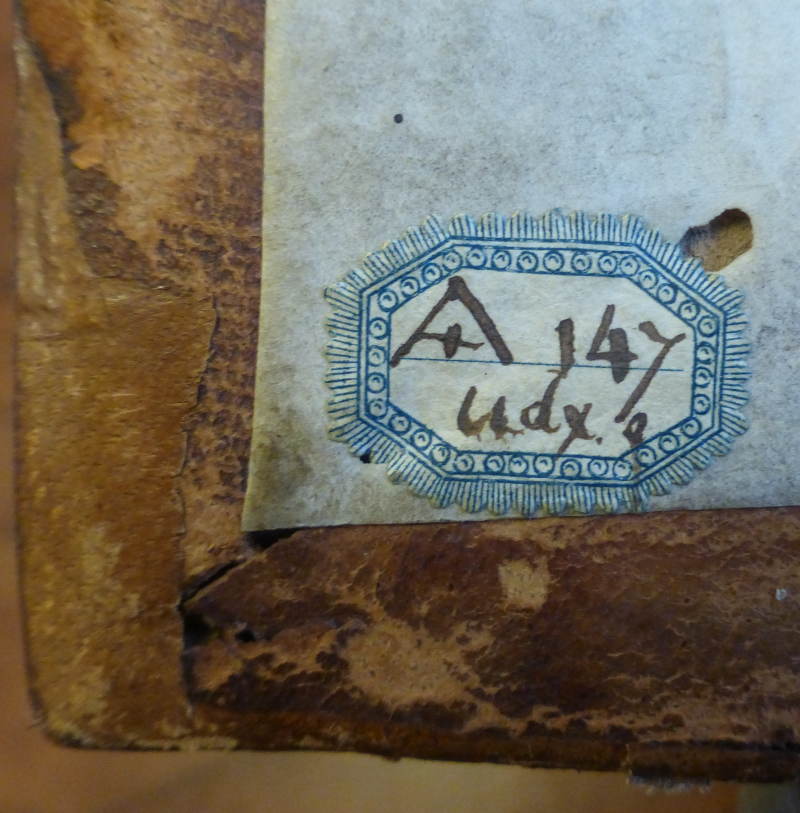 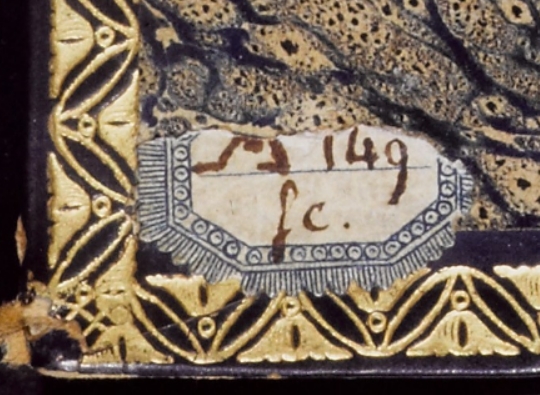 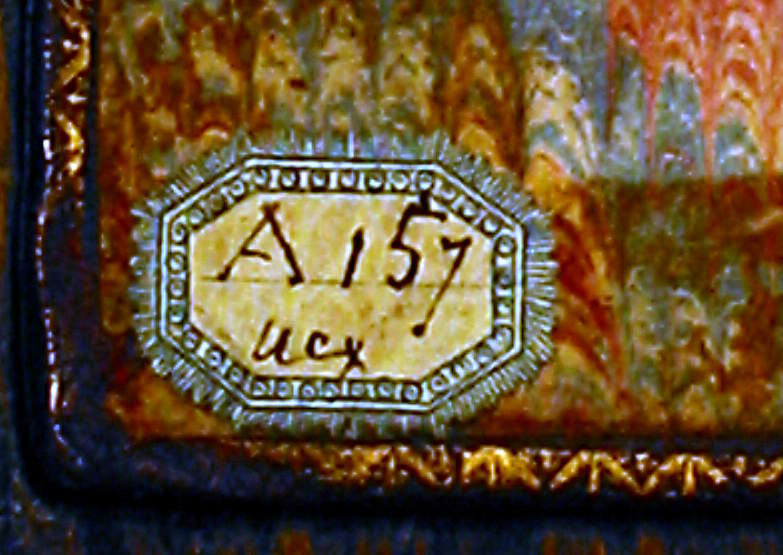 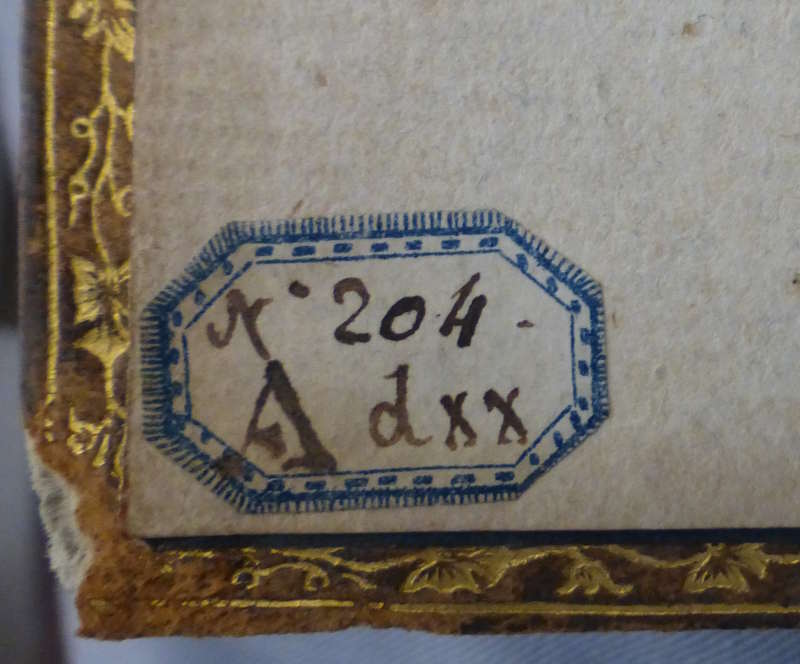 There is sometimes also, on the pastedown (presumably written by Henry-Auguste), a coded reference to a catalogue: 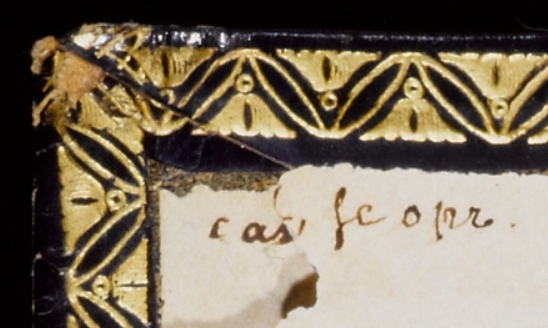 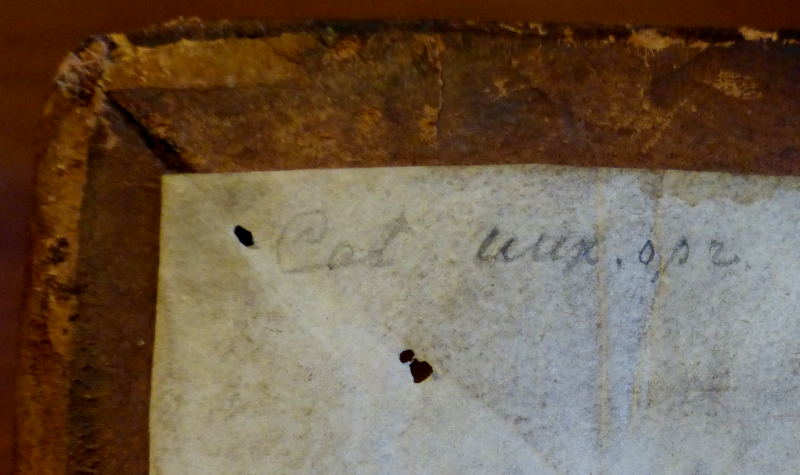 and sometimes, on Arthur's bookplate (thus presumably by Arthur), a reference to a printed catalogue:

The Catalogue des manuscrits et livres rares de la bibliothèque d'Arthur Brölemann (Lyon: Alexander Rey, 1897), was printed in only 100 copies and seems to be very rare today; despite searching for years, I had never seen a copy until I recently visited the Grolier Club, and Worldcat apparently records only two copies: the one at the Grolier, the other at the Bibliothèque municipale, Lyon.

There is also a copy at the Bibliothèque nationale de France, however, and it has recently been made available online via Gallica: 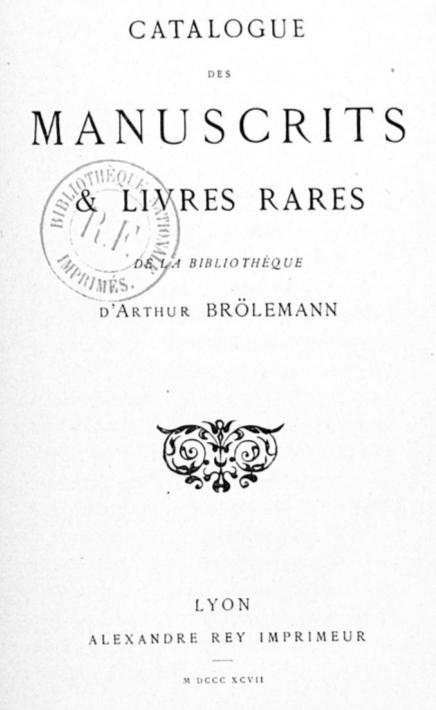 The availability online of this previously rather inaccessible catalogue allows us to understand the Brölemann collection, and the annotations in its manuscripts, more easily than before.

First, this catalogue explains the numbers preceded by "A" or "B" that occurs on the blue-edged labels: the catalogue printed in 1897 refers to a "catalogue A" and a "catalogue B", whose numbers correspond to the labels. These were therefore presumably two older handwritten catalogues or inventories, superseded by the printed one.

Using two of the images above as an example, we see that one manuscript (Vol.II of the Bible of Louis de Harcourt) described as no.17 on p.8 [and 9] of the printed catalogue, was no.147 in Catalogue A, and no.106 in catalogue B: 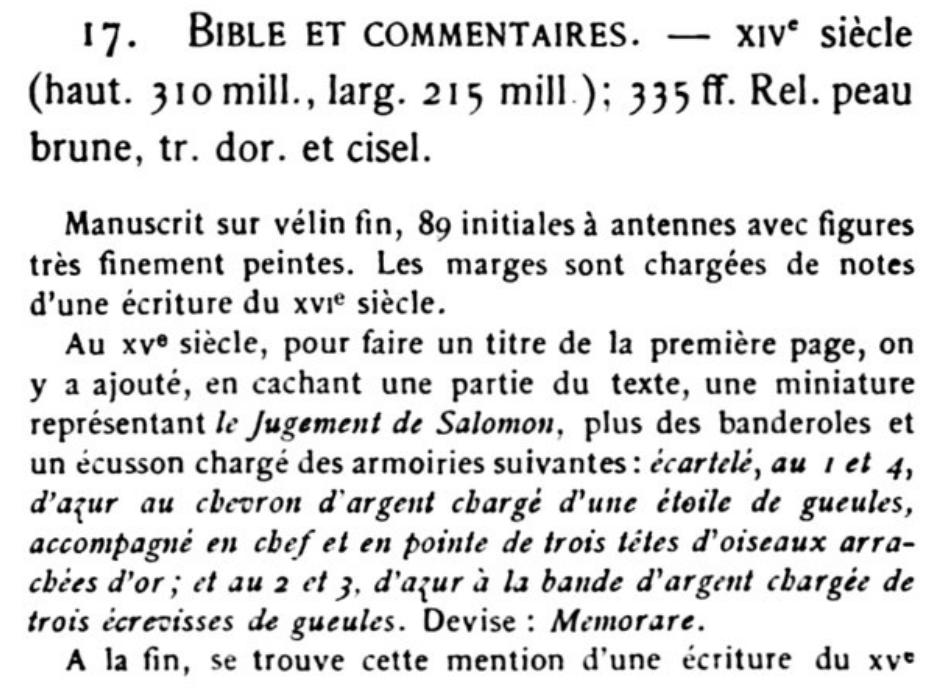 In due course I intend to tabulate the numbers of the three catalogues to see what patterns emerge. It is apparent, for example, that the printed catalogue arranges the manuscripts in chronological order; no.1, for example, a 10th-century Evangeliary, bought at the Didier-Petit sale in 1843, was no.135 in catalogue A, and no.60 in Catalogue B. It would be very interesting if one of the two earlier catalogues records the manuscripts in order of their acquisition.

Sometimes someone (Arthur?) has added references to the older catalogues to the bookplate: 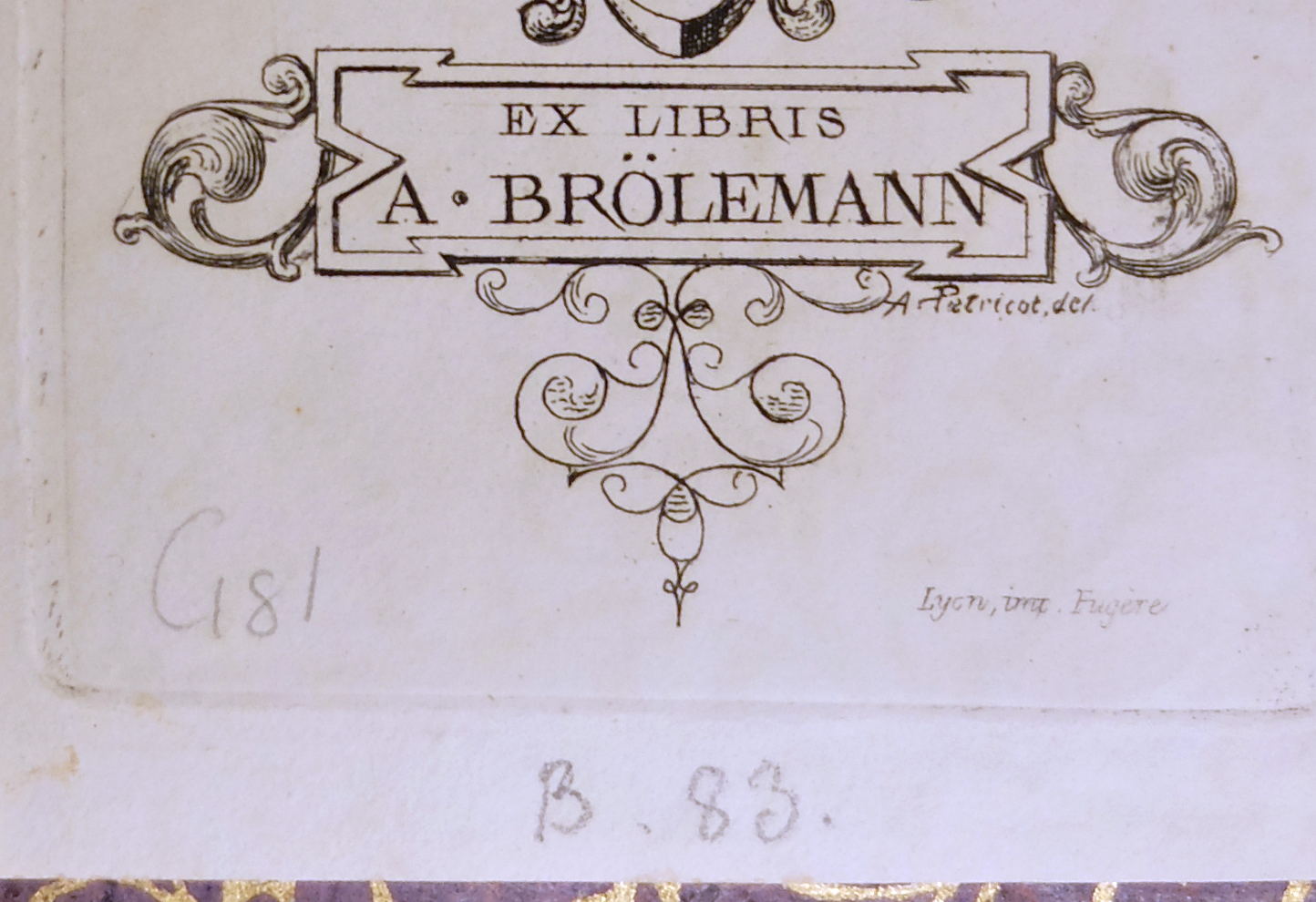 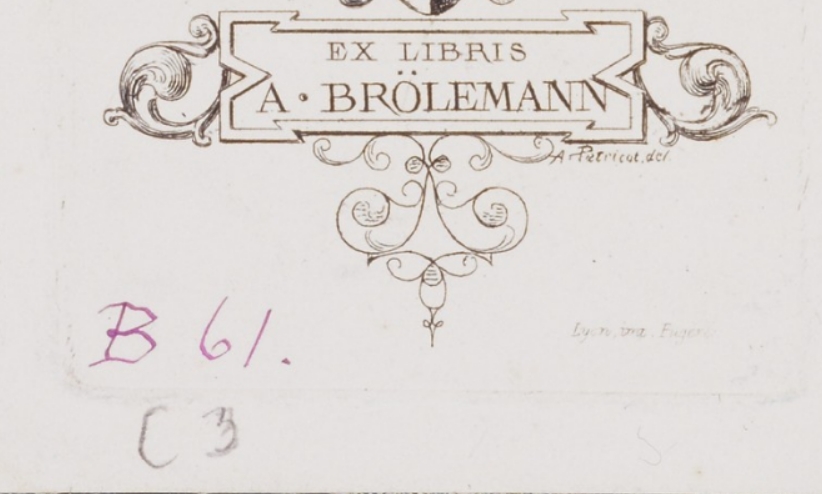 And in one case I have found a "Catalogue B" description stuck inside the manuscript: 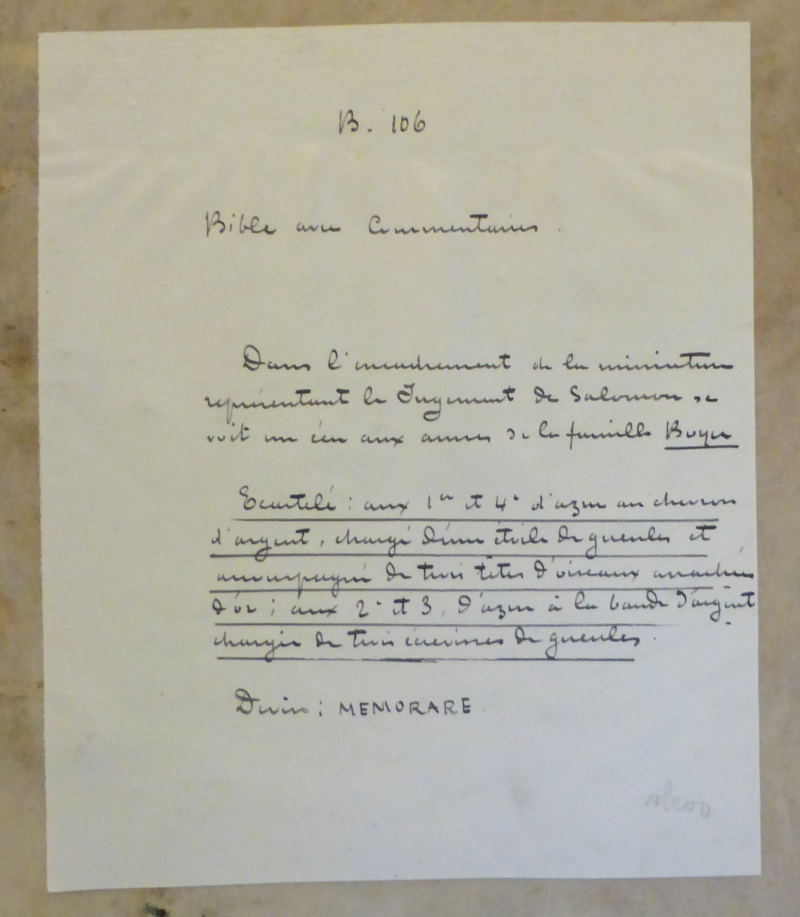 And in one case a label with a B number superseding an A number: 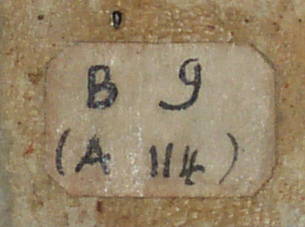 If enough examples could be collected it ought also to be possible to decipher the Brölemann price-code. From the images above it is apparent that "x"=0, and other numbers are represented by "d", "t", "l", "q", "u", "s", "c" and/or "e". I encourage readers to send me any examples they encounter.


Edit 25 March 2015
I have added a few more images above, thanks to Don Skemer at Princeton.