A Lavishly Illuminated 13th-Century Psalter-Hours Made for a Nun

There is a 13th-century Psalter from which leaves appear on the market with some frequency.[1] It is easily recognisable by several unusual features. For example, throughout the text there are unusually large initials (4 lines in height) most of which are historiated: 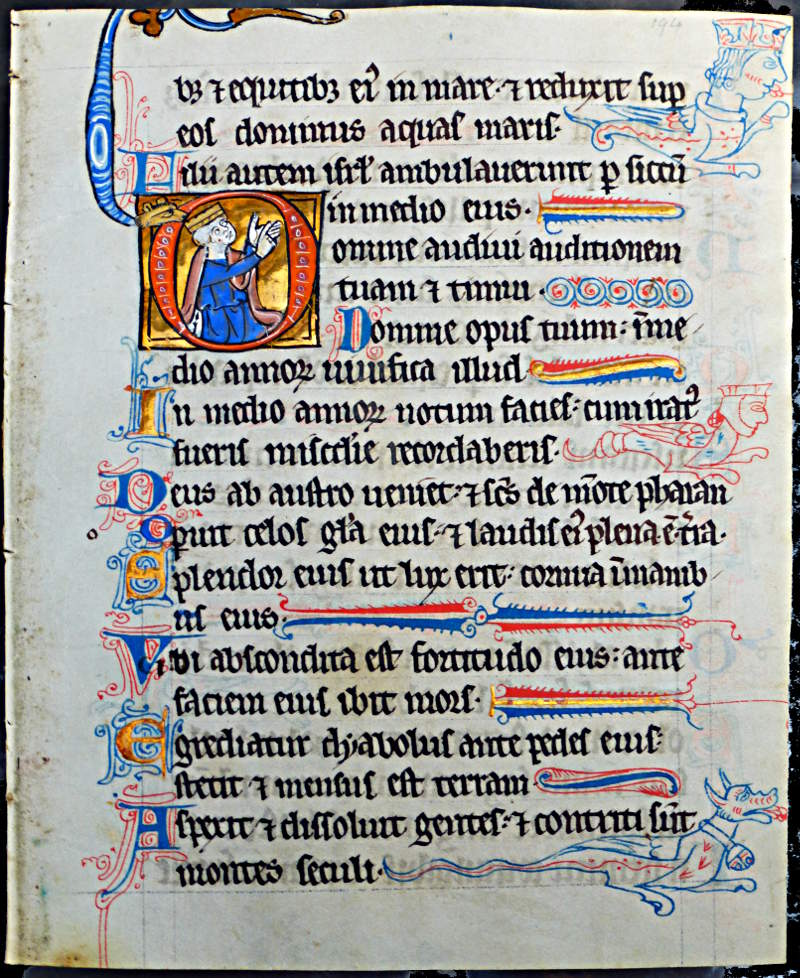 Even the pages without large initials are recognisable by their elaborate pen-drawn line-fillers: 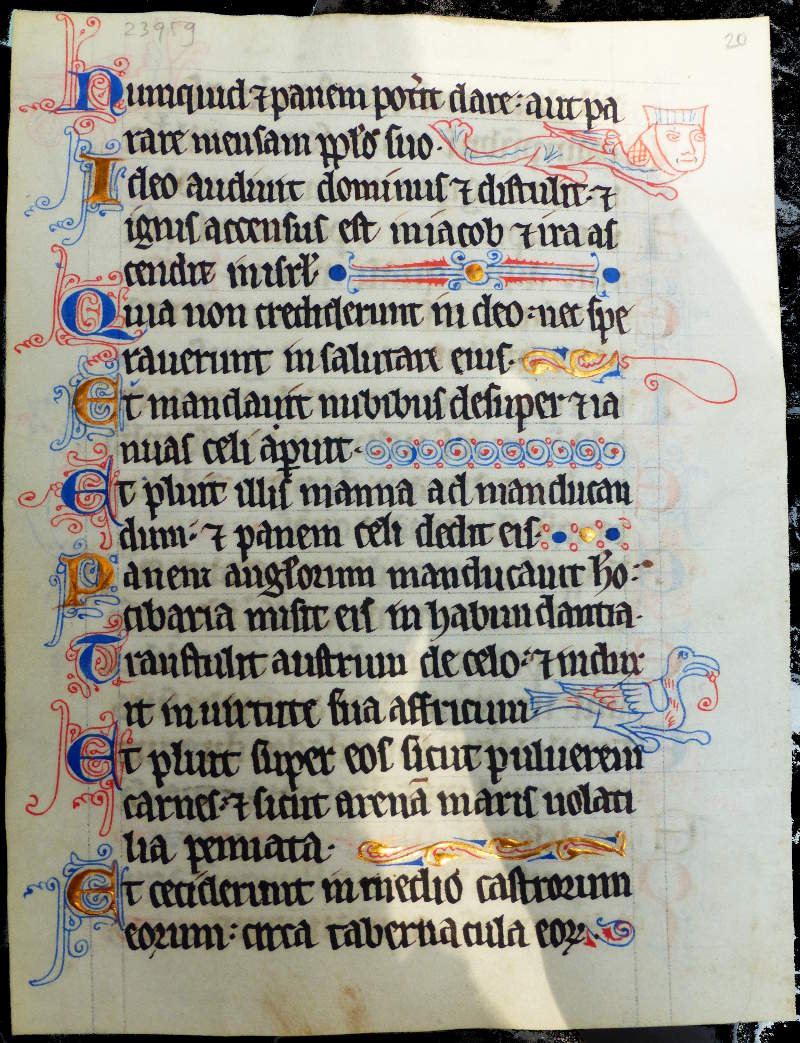 At last year's Paris Book Fair I photographed a leaf with the major liturgical division at Psalm 51 ("Quid gloriaris ..."), historiated with Doeg Killing of the Priests of Nob (I Samuel 22), a subject which presumably, after 1170, reminded viewers of the martyrdom of Thomas Becket, especially when, as here, only one priest is depicted: 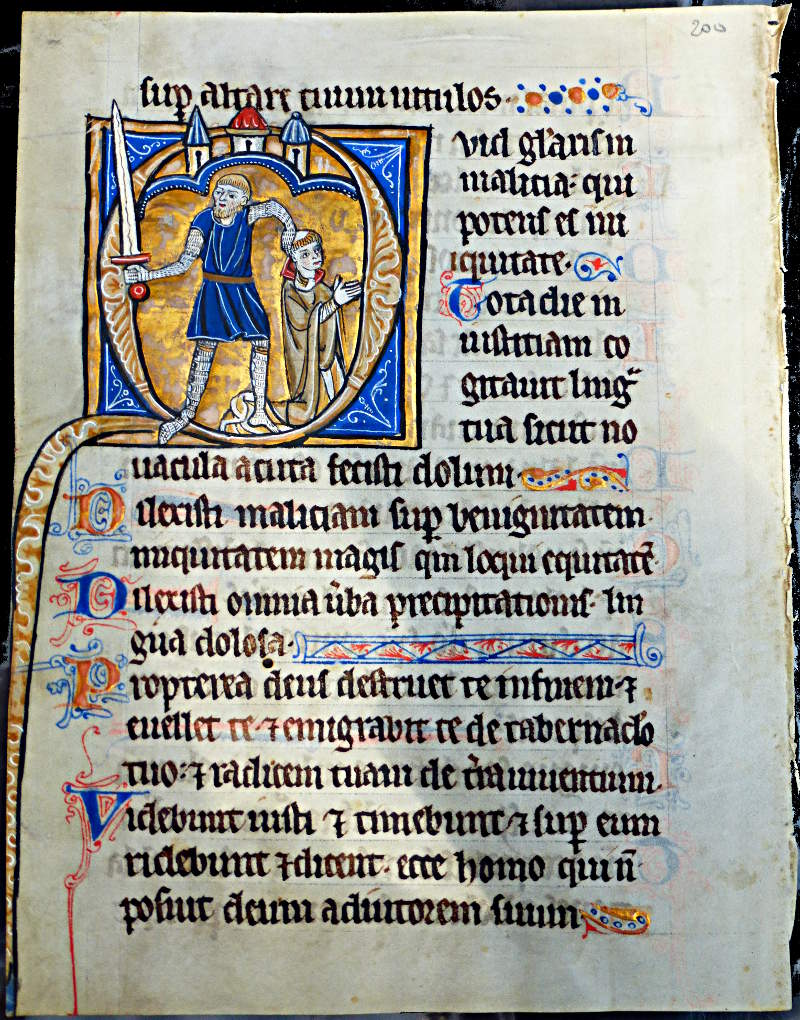 There is much uncertainty about where the manuscript was made: England, northern France, the Rhineland, or Flanders being common suggestions. An attribution to England is often backed-up by a discussion of the line-fillers. The fact that Psalm 51 is decorated with a major initial certainly suggests English influence, because England, Germany, and Ireland were the main countries in which Psalms 51 and 101 were elaborately illuminated in addition to the more common eight divisions at Pss.1, 26, 38, 52, 68, 80, 97, and 109. Neither the script nor major decoration, however, look English to me.

While sorting through old photos today I came across a print of a leaf I catalogued for a private collector in about 1995: 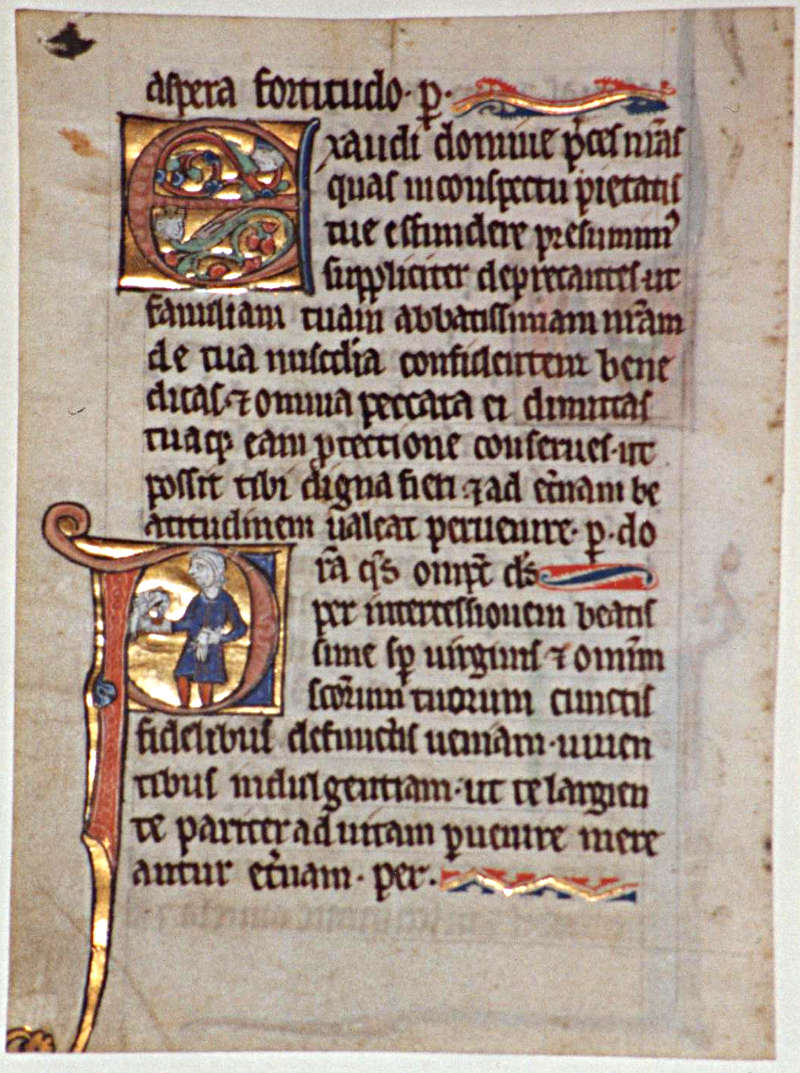 It comes from the collects that usually follow the litany of saints in Psalters and Books of Hours, and to my knowledge it is the only surviving leaf that reveals that the parent volume was made for a nun: the first collect on this page refers (on the line below the first initial) to "familiam [recte famulam] tuam abbatissimam [recte abbatissam] nostram":

The surviving leaves show that, in addition to the Psalms, the volume had the Hours of the Virgin, Office of the Dead, and doubtless (although I have never heard of leaves of either) once had a calendar and litany. If enough of these non-Psalms leaves could be studied, it should be possible to narrow-down the location of the nunnery based on liturgical criteria.


[1] Many leaves were sold by Folio Fine Art, Alan Thomas, and Maggs Bros. A list of leaves sold before 1983 is provided in the description of Sotheby's, 25 April 1983, lot 69 (four leaves, with plate), attributed to "Flanders or Rhineland, second half of the thirteenth century"; Sotheby's sales since then include: