I have recently had reason to examine some manuscripts from the Tollemache family collection at Helmingham Hall and, as I mentioned in the previous post, have just finished reading Janet Ing Freeman's The Postmaster of Ipswich: William Stevenson Fitch, Antiquary and Thief (London, 1997), an account of the way in which many manuscripts were stolen from the collection in the 19th century.

This has prompted me to post about how those that survived Fitch's depredations can be recognised.

Usually there is a distinctive shelf-mark on a paper label in the top left corner of the front pastedown, beginning "L. J.", crossed-through in pencil or ink and substituted by a different shelfmark, also beginning "L. J.":
Once you have seen a few, as above, they are easily recognisable.

Another characteristic of some Helmingham MSS is a strip of thick brown leather stuck to the spine to strengthen it:
In at least one case such a leather strip (mentioned in descriptions of the 1930s and 1960s) has been removed, leaving only some staining at the spine: 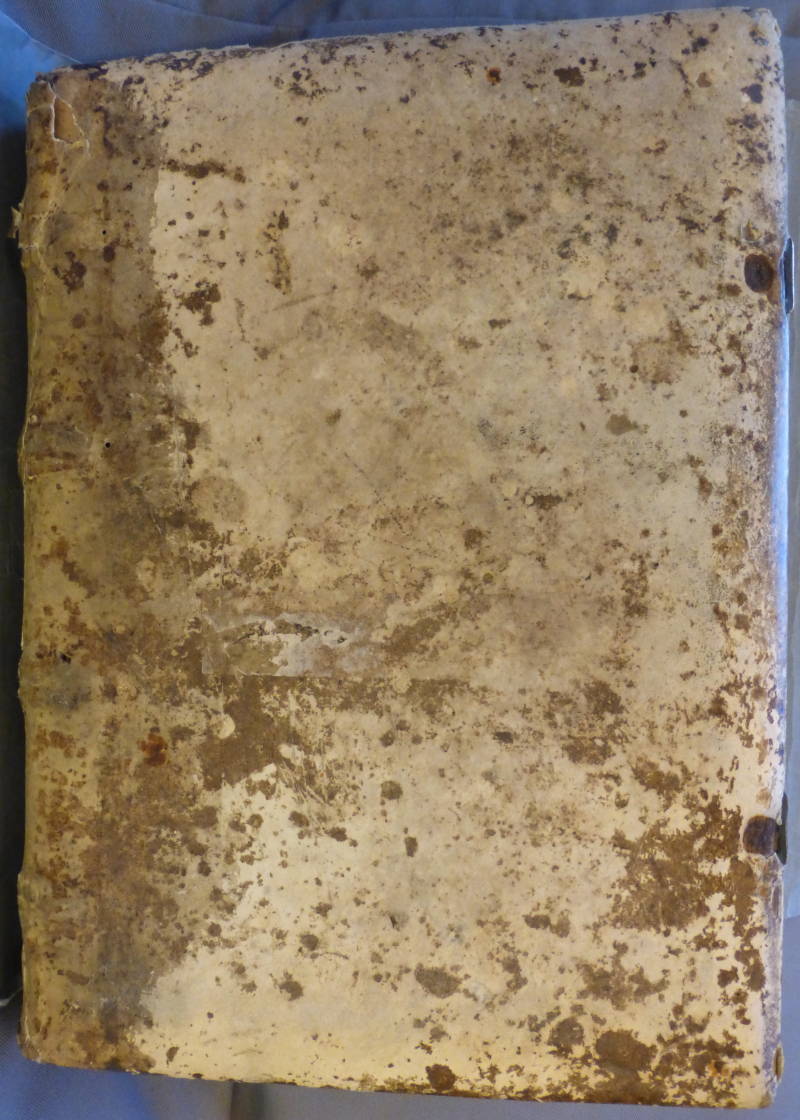 Often there is a brief catalogue description loosely-inserted on a slip of paper, ruled in red, and with the same characteristic "L. J." shelfmark: 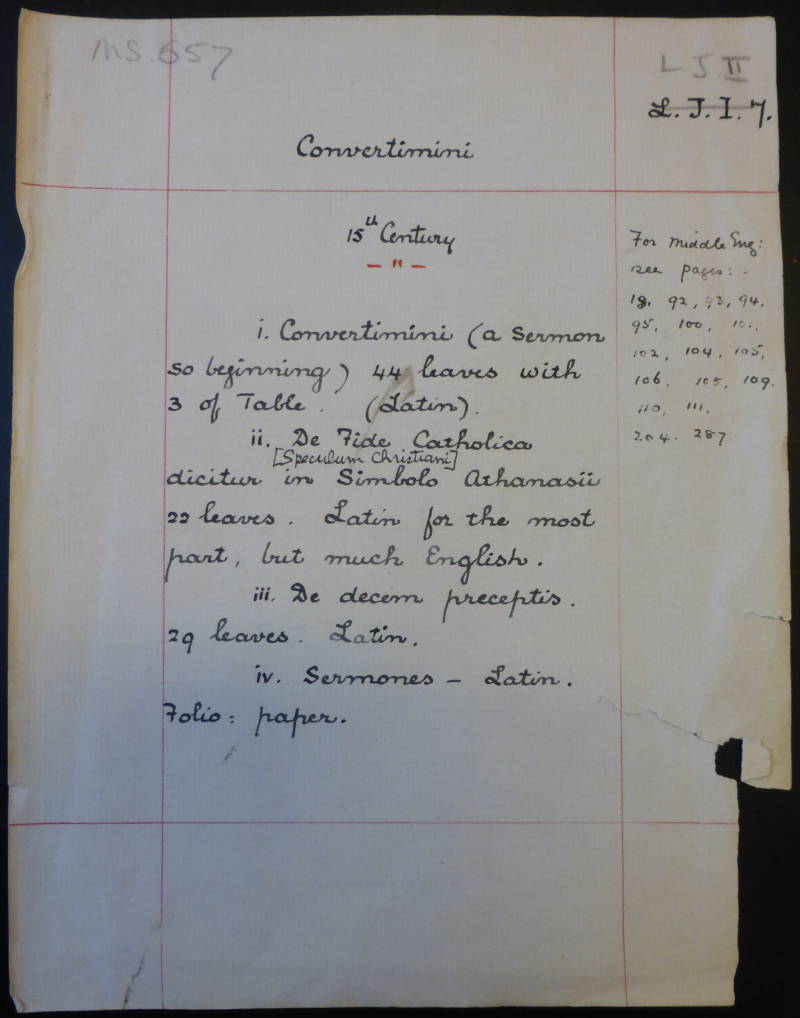 A.S.G. Edwards published a list of the medieval manuscripts from the collection, with their present whereabouts when known to him, in The Book Collector, 49 no.3 (Autumn, 2000), pp.349–64, with further bibliography. At the time of publication, the whereabouts of about 20 MSS was unknown, presumed to be in private collections, but a few have since found institutional homes. I would be grateful to learn from readers of this blog the present locations of any still in private hands.
Posted by Peter Kidd at 08:00