The Hangest Beauvais Missal in the 15th Century (III)

Having dealt in the previous post with the inventories drawn up at Beauvais in the 15th century, we can look now at a couple of points raised by them.

If the Hangest Missal is indeed part of the four-volume set described in the inventory, the verba probatoria of the second leaf after the calendar, "angelus domini", ought to belong to the first Sunday after Easter, and indeed these words do occur there, as an Offertory, as seen, for example, in this Paris Missal of c.1300:
The text on the penultimate leaf of the volume, "domine suppliciter", should come from somewhere around the feast of St Andrew (30 November), because Missals typically begin and end the year around his feast, and indeed it does:


We can also learn from the inventories where the Missal was kept in the 15th century. The version drawn up in 1472 begins with items "en la haulte chambre du tresor":
Before the description of the four-volume Missal are further location-notes. After inventory no.55 is:

and immediately preceding the description of the Missal is:

So it would seems that in the late 15th century, at least, the Missal was kept in an armoire in the upper chamber of the Treasury. As it also contained items such as reliquaries, "armoire" presumably indicates a cupboard rather than a bookcase.

As far as I have been able to ascertain, the chamber was above one of the two westernmost rooms marked "XV" on the lower left of this plan: 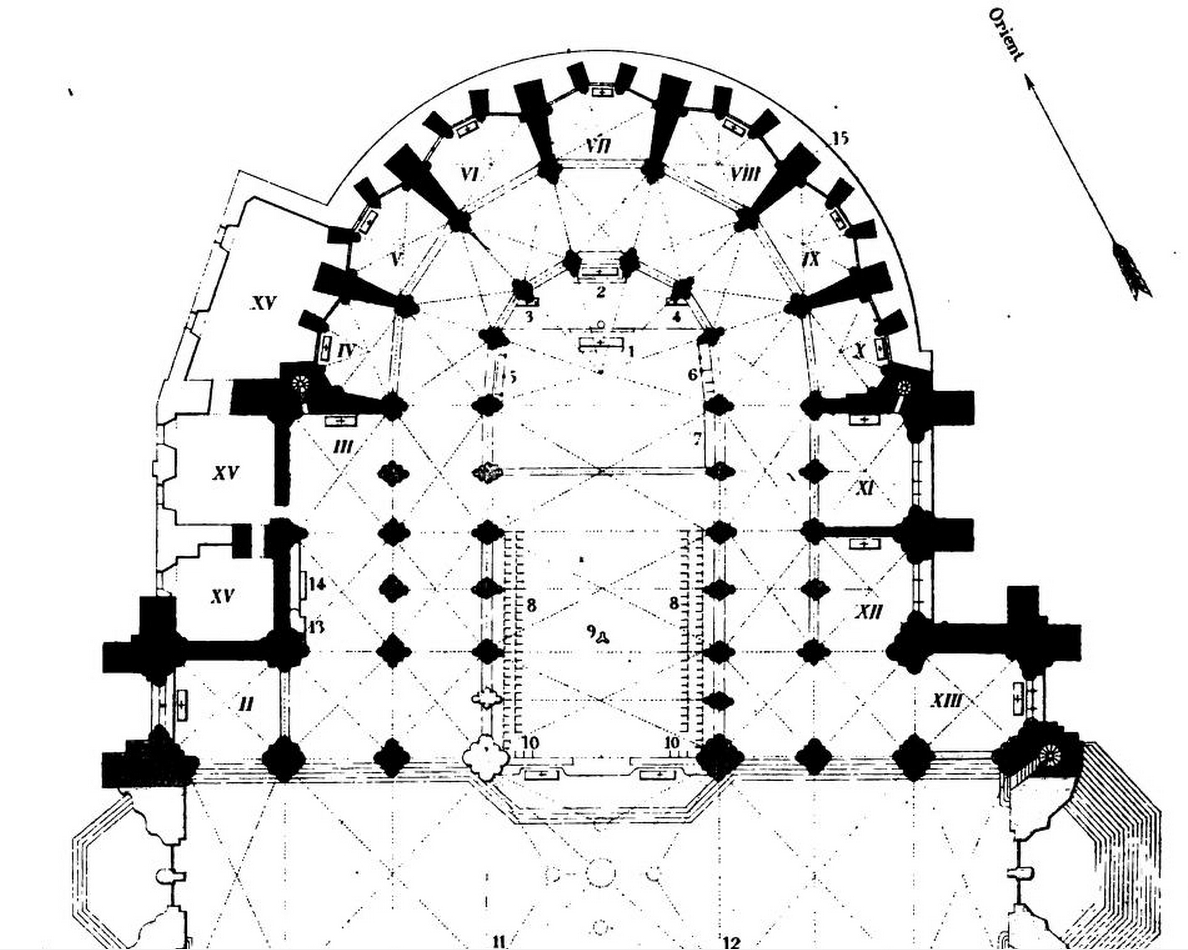 I have only been able to find two small photos online purporting to show the interior and exterior of the trésor; the exterior view certainly seems to show a lower and an upper chamber: 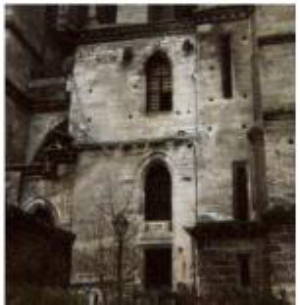