Looking through Erik von Scherling's Rotulus catalogue vol.IV (Winter, 1937) for the previous post, I came across a plate depicting a very familiar-looking manuscript: 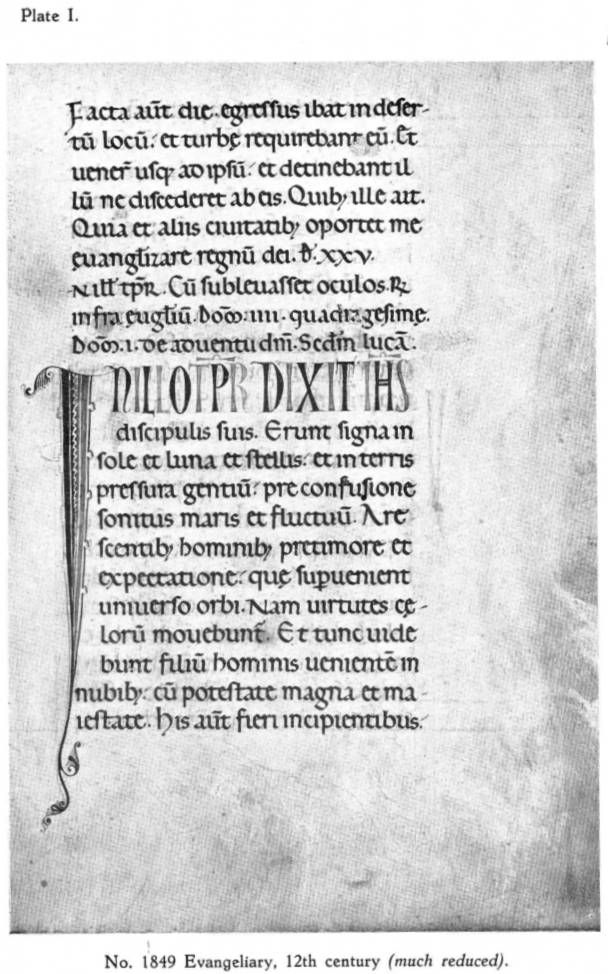 It only took a few minutes with the Ege Fifty Original Leaves website of Denison University to not only confirm that this was leaf no.3 in the portfolio, but also to identify that the page reproduced in the von Scherling catalogue is now at Cleveland Public Library: 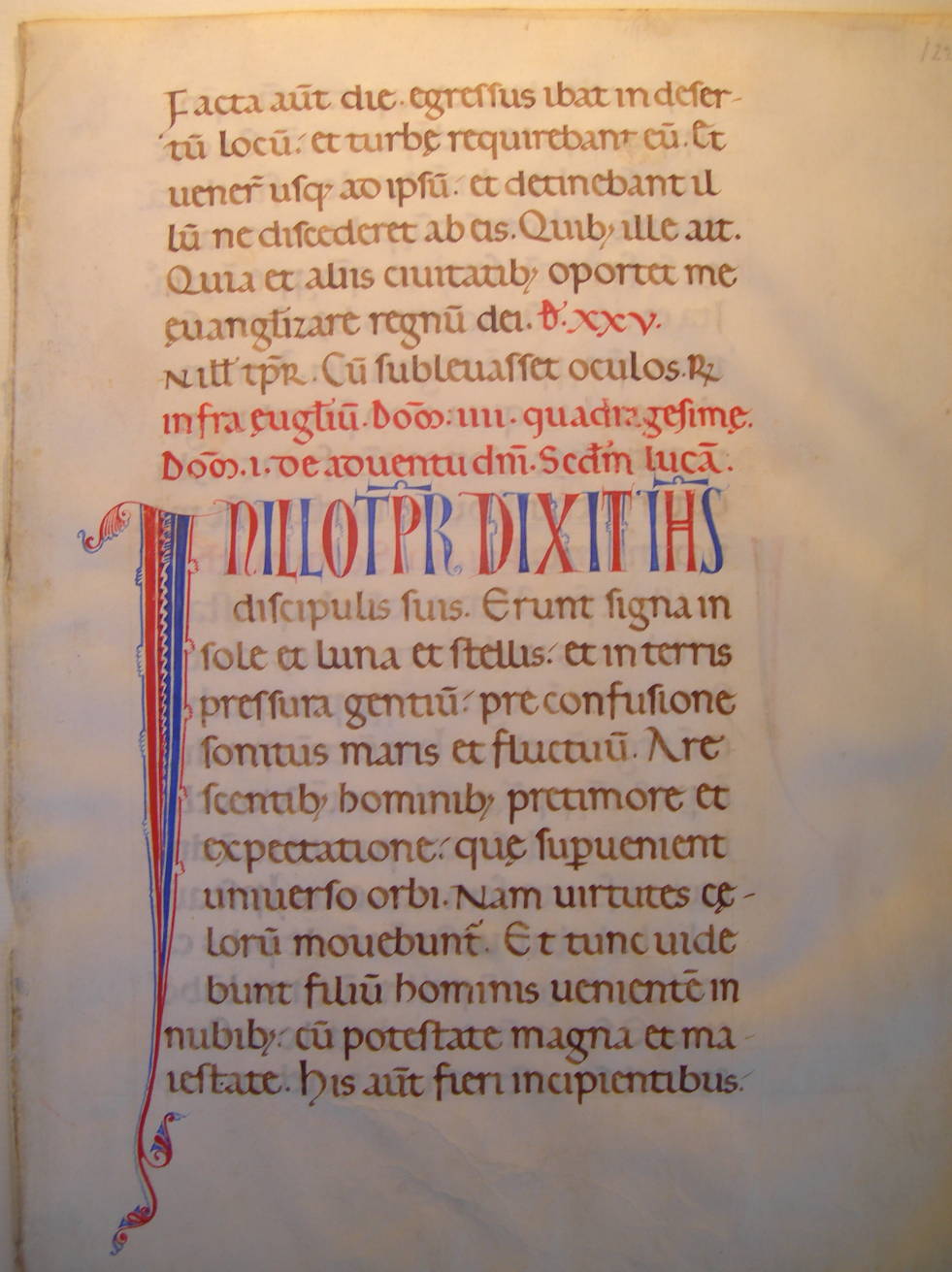 This also happens to be the very same page that is visible to the extreme right side of the photograph at the top of Ege's infamous article "I Am a Biblioclast", published the year after the Rotulus catalogue, in 1938: 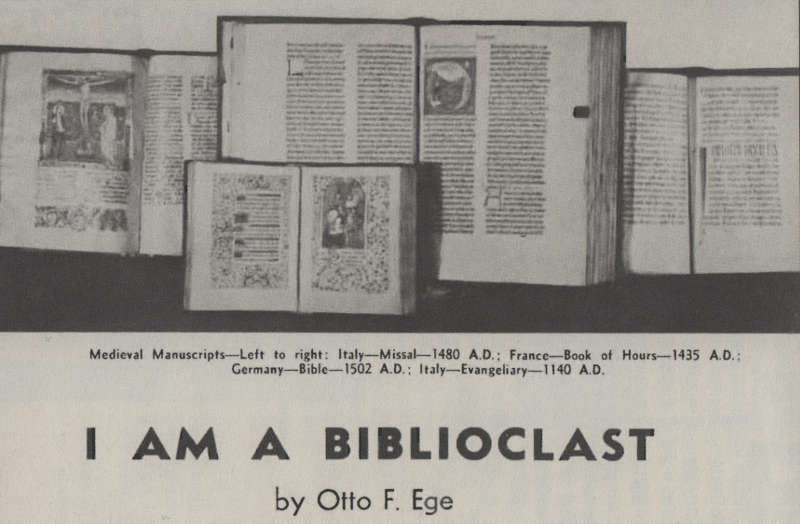 Here is a detail (with thanks to Lisa Fagin Davis for providing this scan): 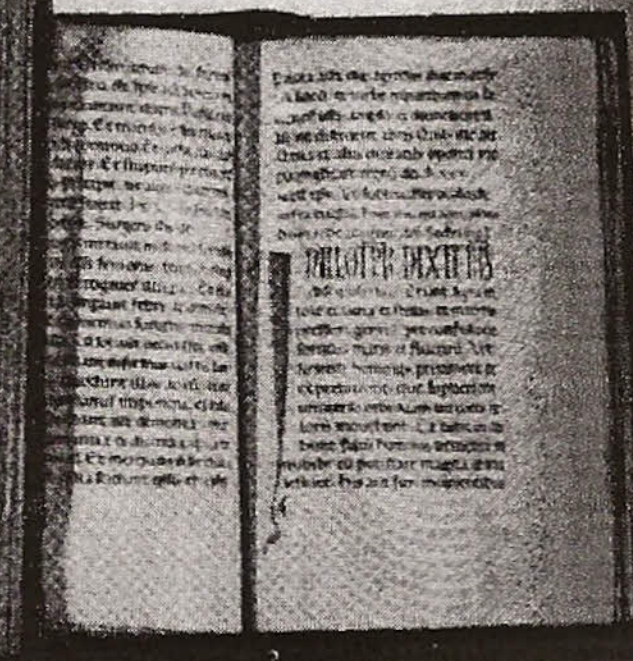 If you are not convinced that it is the same page, note that there are five full-width lines of text at the top of the page; then a line that is not right-justified; then three more lines of text before the display capitals in which one can just about recognise most letter-forms of the display-script; the next line is indented somewhat; then the next eight lines are indented, but not as much; and finally the last two lines are not indented at all; one can also discern the two leafy flourishes at the bottom of the decorated initial.

The page that faced this one in the bound volume (partially obscured in the image above) is the verso of a leaf now at the University of South Carolina:
This is much harder to ascertain visually, but one can see that the ninth line of the page is not right-justified (and —with the eye of faith—just about make out a few words here and there); we can also be confident of the identification because the USC leaf has the folio number "121", and the Cleveland Public Library leaf has "122".

The significance of of my finding the manuscript in the Rotulus catalogue is that we now have a fairly detailed description of the manuscript before it was broken-up: 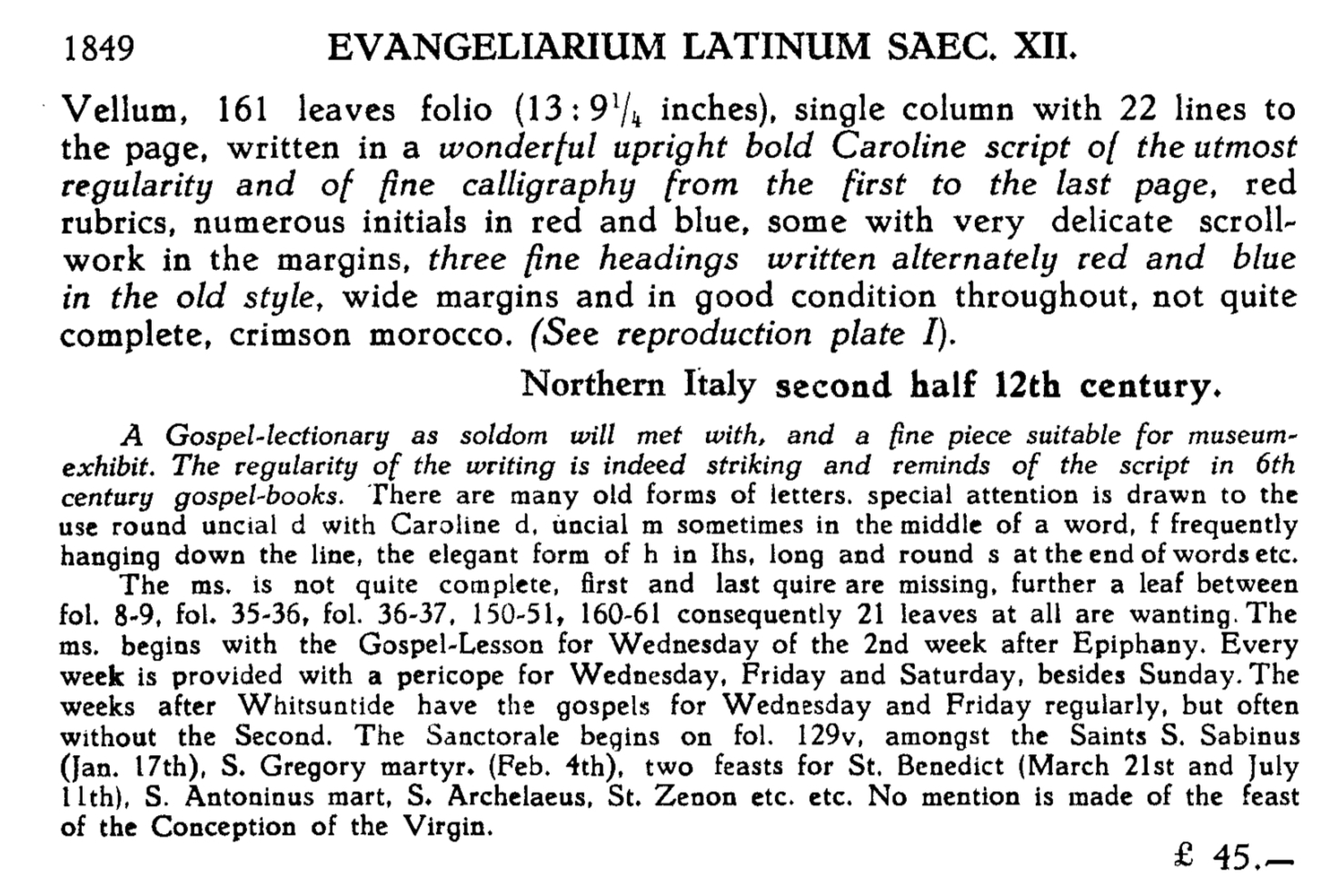 Lacking 21 leaves, it conformed to Ege's idea of an imperfect/incomplete volume that was fair game for being taken apart.

We can also deduce from the description that the book was in quires of 8 leaves each, because it tells us that with five individual leaves missing, and with a single quire missing at the beginning and end, there are 21 in all missing (21-5=16, so each quire must have been of 8 leaves). This allows us to reconstruct the collation of the whole volume, and work out where the currently-identified leaves once belonged.
Posted by Peter Kidd at 09:16