When an Illuminator Thinks a Scribe is an Ass

Today I was reminded of my favourite example of a medieval illuminator making a visual comment about a scribe. It occurs among the canticles that follow the psalms in the Eadwine Psalter. [1]

The Psalter is unusual for many reasons, including its famous full-page portrait of the "Prince of Scribes", Eadwine, but he is not now believed to have been among the several anonymous scribes who actually wrote the text of the book. 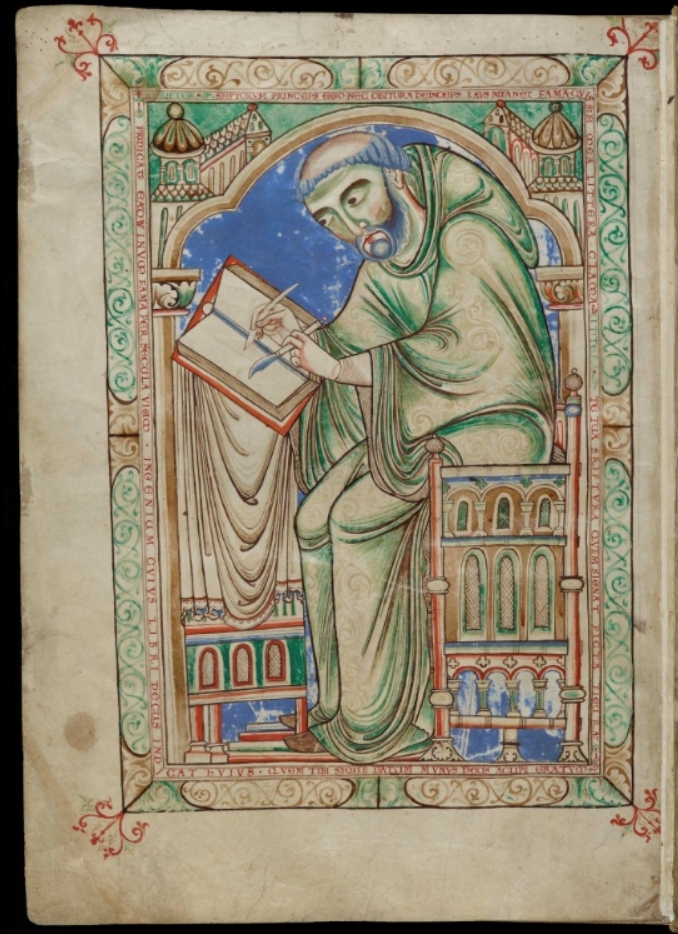 The Psalter is unusual for the number of different versions of each text it contains. There are four versions, in three languages, for example, of the Canticle of Hezekiah: from left to right they are an Anglo-Norman version, the Romanum version, with an interlinear Old English version, and the Gallicanum version, with interlinear and marginal glosses to either side:

The Anglo-Norman version on the left begins "Ie dis ..." with an ornamental initial "I", and the Romanum version on the right begins with an ornamental "E" for "Ego dixi ...". But instead of leaving a space large enough for another "E" at the beginning of the Gallicanum version, in the middle, which also begins "Ego dixi ...", the scribe only left a narrow space, for another "I".

The artist, forced to fit an initial "E" into this restricted space, created an historiated initial which ingeniously tells us what he thought of the scribe. The naked figure clearly represents a scribe, because he holds a book in his left hand and a pen in his right: 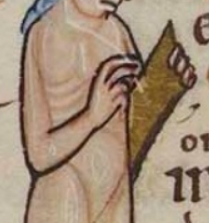 and, as can be seen in the image at the top of this post, the three cross-strokes of the initial "E" are formed of the scribe's book, his left foot, and one of a pair of two long pointed ears: the artist has depicted him as an ass!