The Hangest Beauvais Missal in the 15th Century (I) 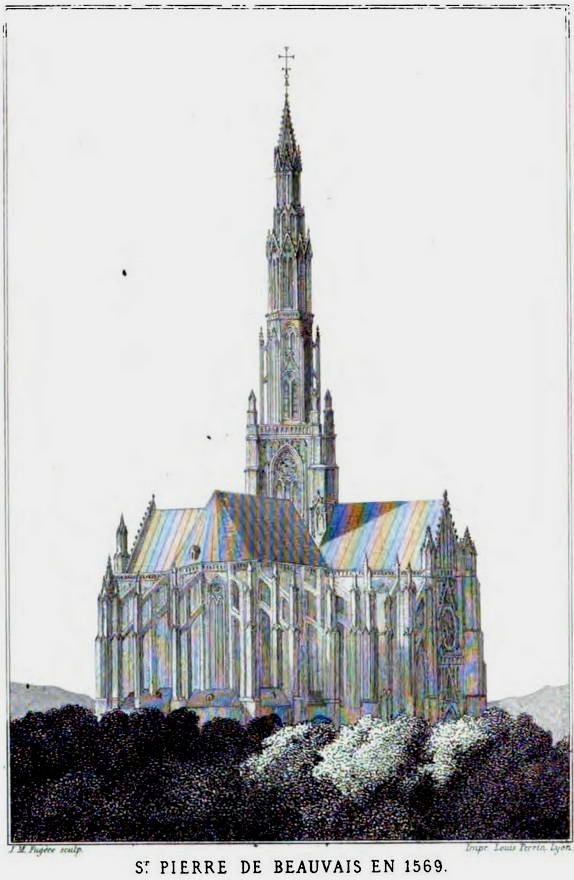 Lisa Fagin Davis, who is virtually reconstructing all the known leaves of the Hangest Missal and their textual contents, recently made the following observation to me in an email:

"The 1464 Beauvais catalogue lists a missal in four parts, of which the third does not describe what we've got here: "Et le tiers volume contient les Epistres et les Euvangilles, depuis l'Advent jusques au premier dimenche après Pasques ..." In fact, it is the description of volume II that seems closer to what survives: "... depuis la Resurrection jusques a la fin ..." (Omont, p. 39, no. 61)."

This got me thinking.

Her Omont reference is to this:
I was aware of Omont's article, but I had not seriously considered the possibility that the Hangest Missal was once part of the four-volume missal in the inventories, because the surviving records of the original donation of the Hangest Missal in 1356 refers to it as being in three volumes, not four:

On reflection, however, it is possible that Robert gave an incomplete set to which another volume was added to complete it, or that one of his three volumes was re-bound in two volumes, in either case resulting in a four-volume set.

In his edition of the 1464 inventory above, Omont's text and numbering is the same as that of Gustave Desjardins, who published various Beauvais inventories in 1865 [1]. Although he does not specify it, Desjardin's source was apparently an 18th-century extract from the "Inventaire des reliques et autres aournemens de l'eglise de Beauvais ... fait au mois de decembre 1464 ... et remis au net ... l'an 1472":

These sources therefore all agree that there was a missal in four volumes, consisting of:
In the evolution of mass books from Sacramentaries to Missals there were various permutations; it was common, for example, to have the Gospel readings in a separate Gospel Lectionary, or "Evangelistary", and the other New Testament readings in a separate Epistle Lectionary, or "Epistolary". Here what we seem to have is the Gospel and Epistle readings combined, but divided into two volumes to correspond to the common division of Missals and Breviaries into 'Winter' and 'Summer' parts.

As shown in the image below, the Hangest Missal does not contain the full texts of the Gospel and Epistle readings, only their cues/incipits (and it might therefore be more accurately termed an "abbreviated Missal", because it does not contain the complete text required for the performance of the Mass). In this case the third line of the second column is the cue "Iam non estis" (Ephesians 2:19) for the epistle reading (on the second line is its rubric, "Ep[isto]la"), and half-way down the column is the rubric "Evang[elium]" and the cue "Accessit ad Ihesum mater" (Matthew 20:20) for the Gospel reading: 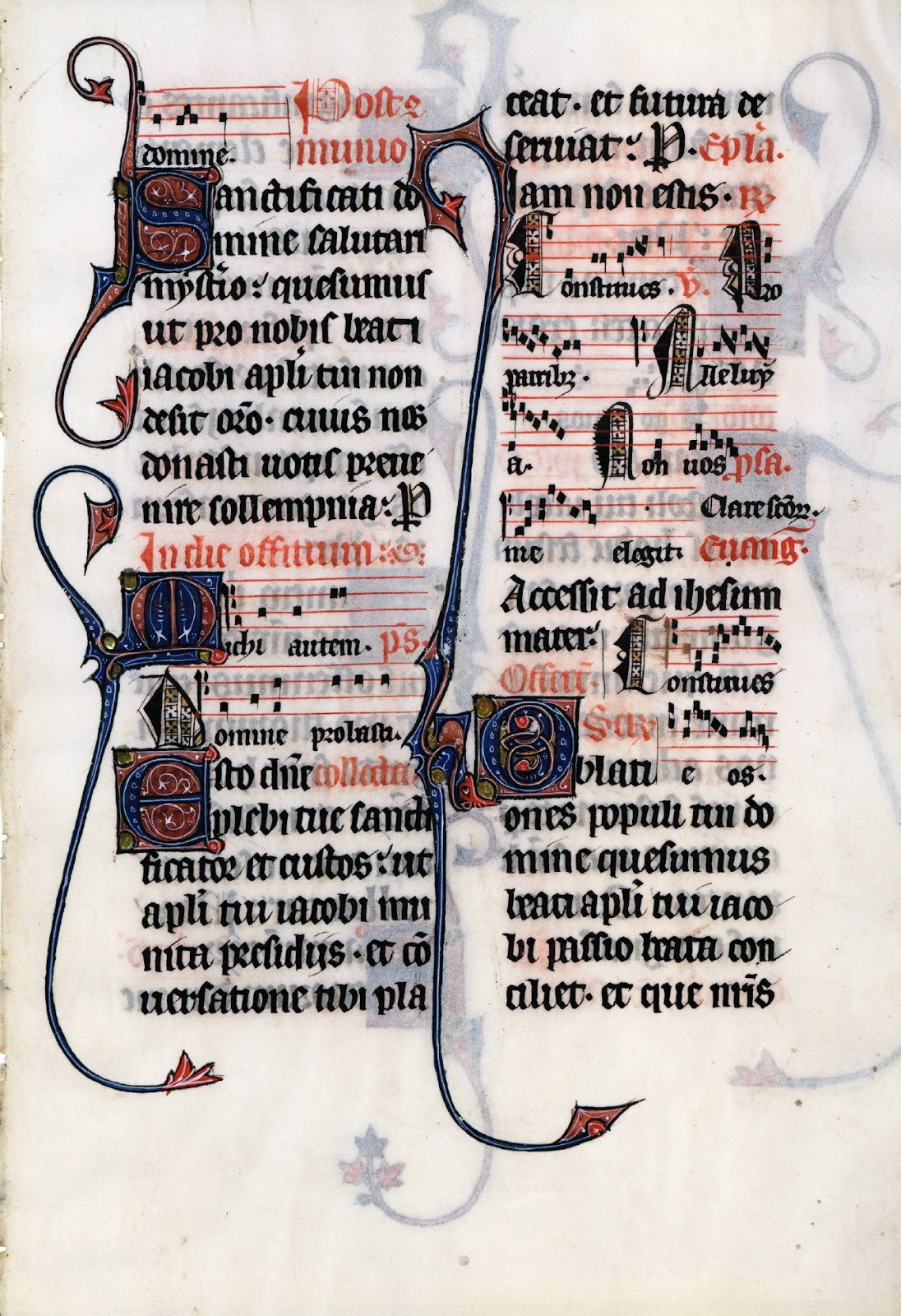 The Hangest Missal (which covers the 'Summer' half of the year) would therefore not only have needed an accompanying 'Winter' part, but would also have needed one or more volumes containing the Gospel and Epistle readings for the whole year.