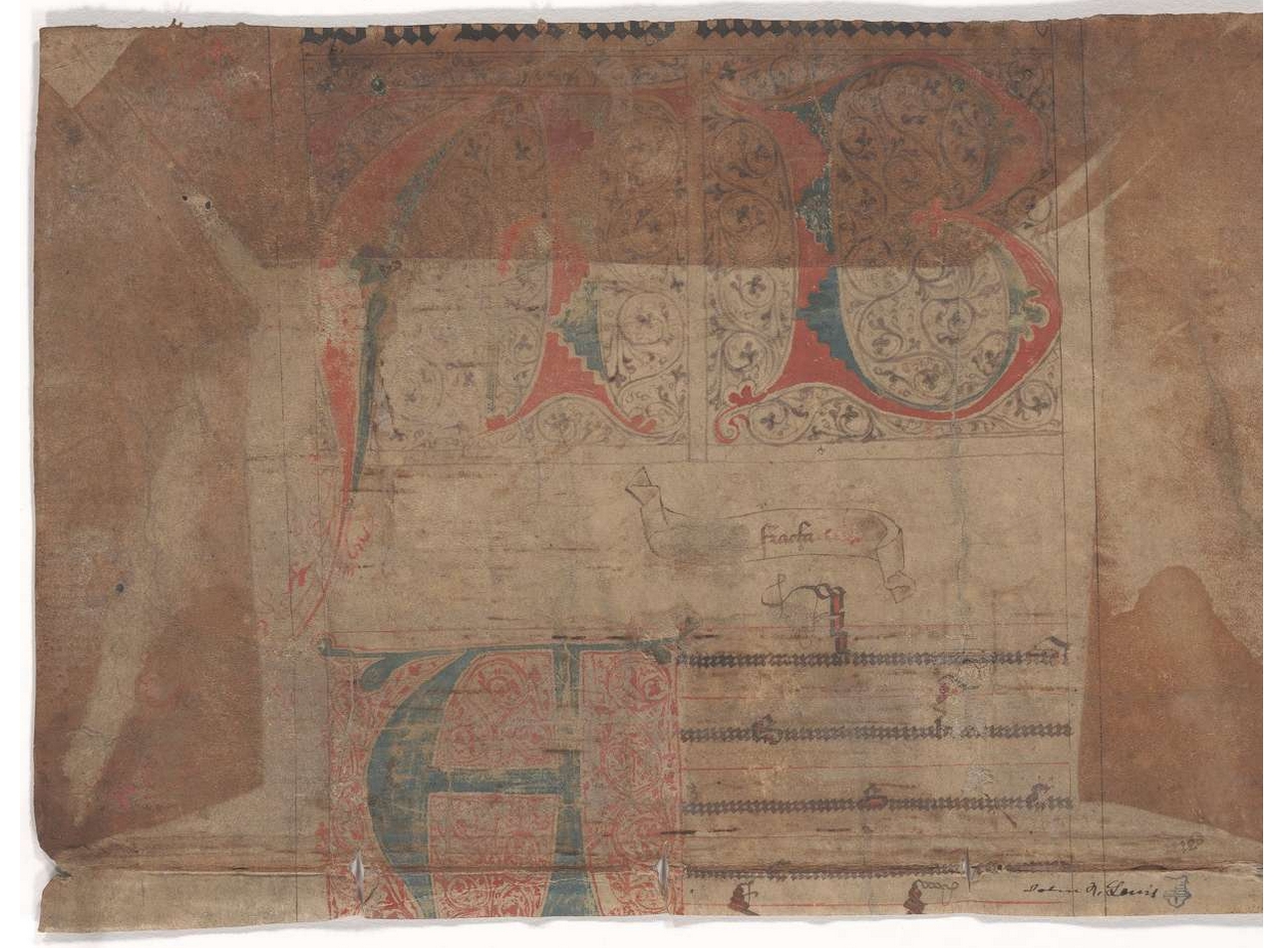 Despite the fact that it is identified on the website, it is, as far as I can ascertain, unpublished.[1]
[EDIT, 12 Jan 2015: The link above seemed not to work, so I have changed it. You can also try going to the search page, then under the "Browse Subjects by letter" heading, select "P" and then "Palaeography"]

Unfortunately, almost nothing survives of the upper script-sample, but arguably what remains is the most indicative part: the bottoms of the minims:

The lozenge-shaped minims show that this was a formal book-hand , of the type often called "quadrata".

The next sample has its medieval name, "fracta", written on a scroll directly above it:

The text itself appears at first glance to be gibberish, as if meant only to give a general visual impression of the script: 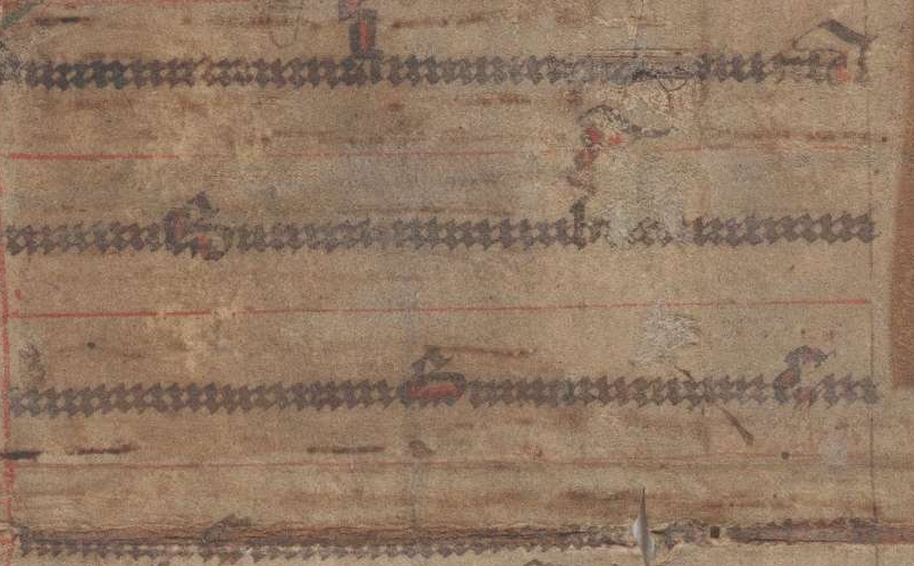 but it is instead probably one of those passages deliberately constructed from as few different letter-forms as possible, such as this:
The complexity of the large decorated initials relates the the grade of script they accompany (as usual in medieval hierarchies of script and decoration). Next to the high-grade quadrata script are two "puzzle" initials (so-called because the red and blue parts interlock like a jigsaw puzzle): 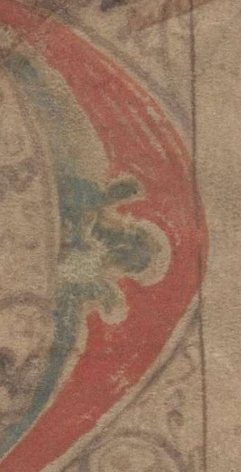 using three colours of ink: red and blue for the initial, plus brown for the background foliate scrollwork: 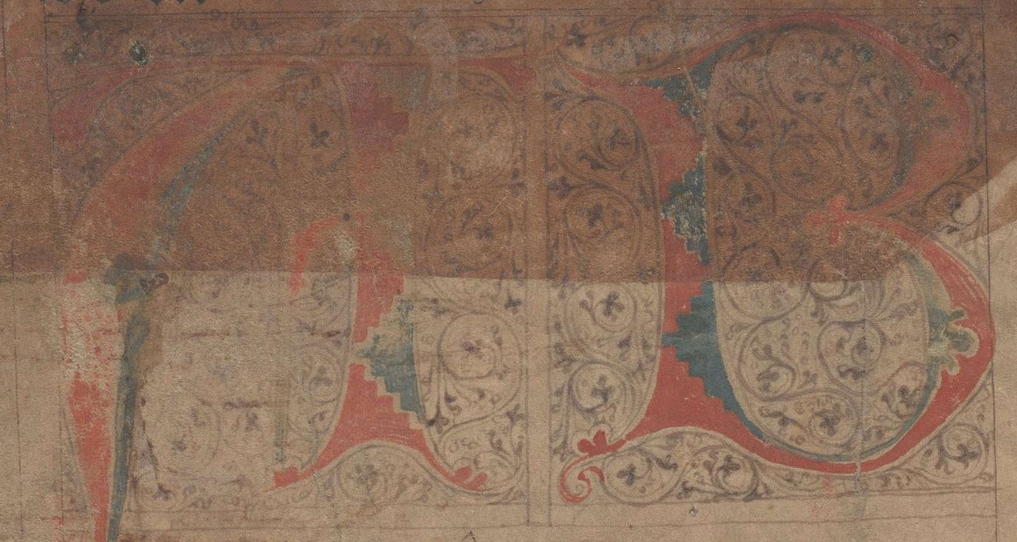 while the somewhat lower-grade "fracta" script is accompanied by somewhat simpler initials, using only one colour for the initial and another for the background: 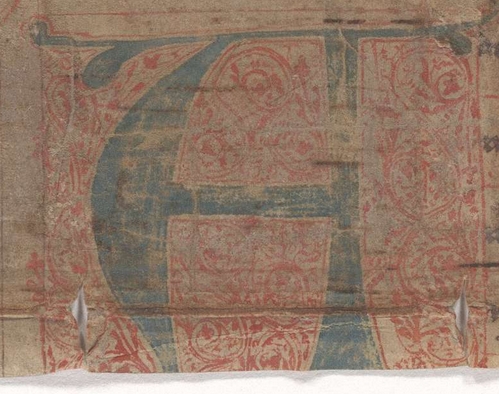 A comparable fragmentary sheet, now in The Hague, gives an idea of the wider range of scripts that might have been represented on the Philadelphia sheet before it was trimmed: 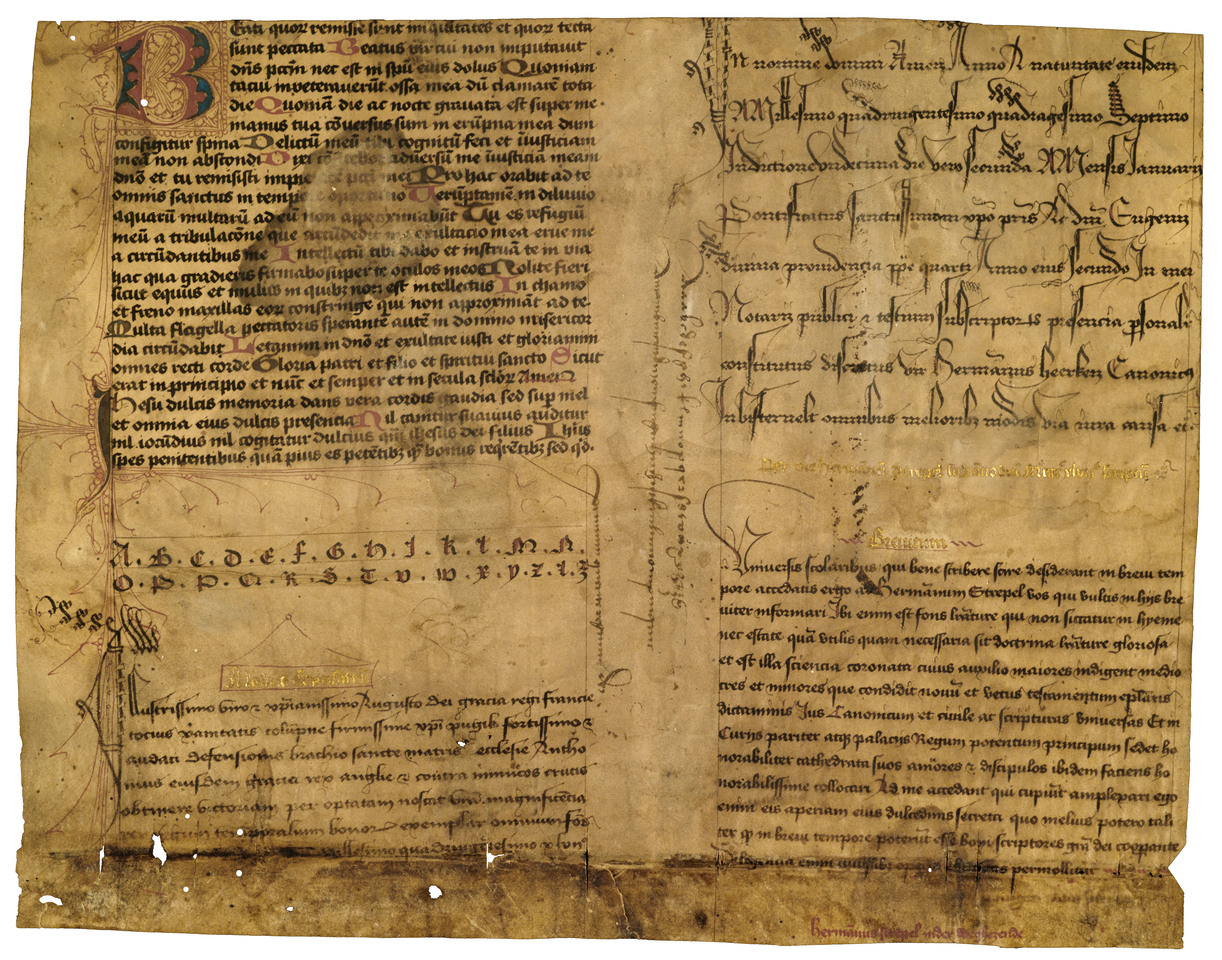 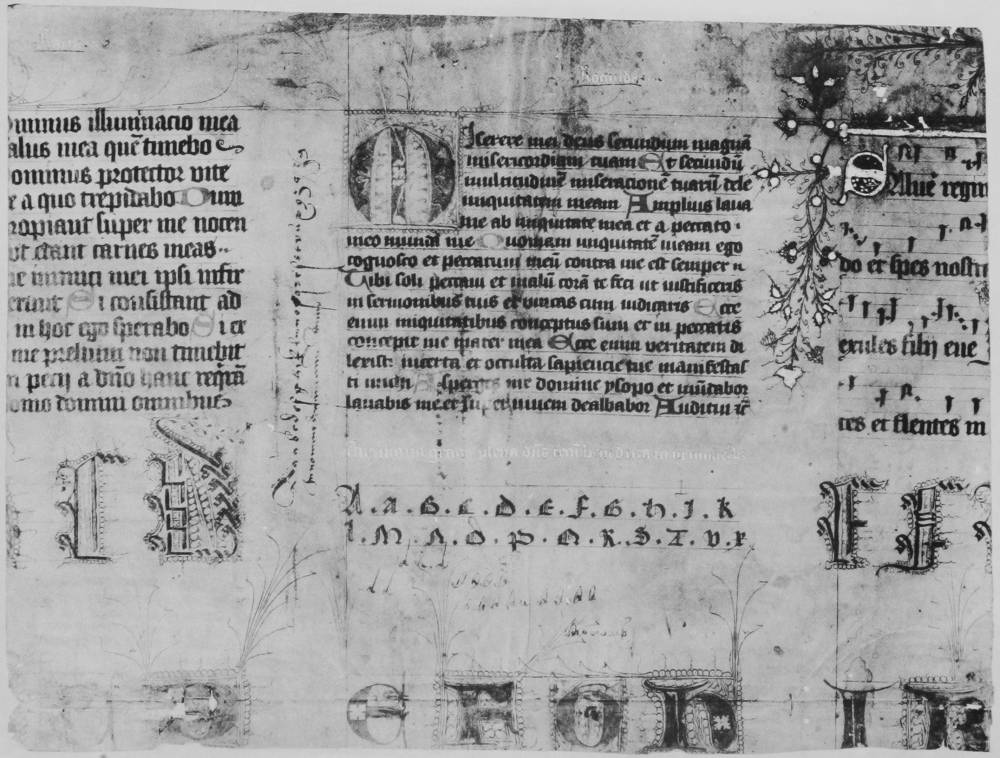 and (although very difficult to see in this reproduction) the same script-name "fracta" is used in the top left corner:

[1] Katherine Chandler of the Free Library kindly informs me that they have no record of the fragment having been published. The main studies of such objects are: