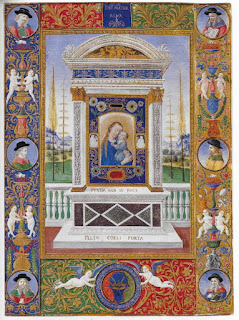 In a previous post I looked at two illuminated leaves once owned by the dealer Raphael Stora; today I briefly mention two more.


One of the digitised negatives in the Stora archive shows the framed confection in the image above.  Closer-up, we can see that the borders are made up of Italian cuttings apparently by Attavante 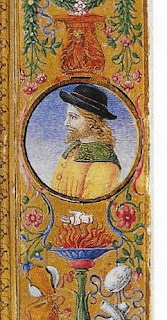 and the central miniature is Flemish, apparently by Simon Marmion: 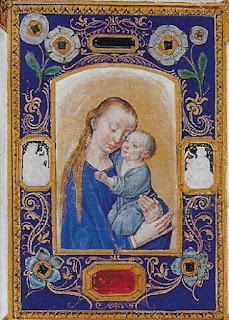 Once we work out what it is, we can trace its provenance as follows: 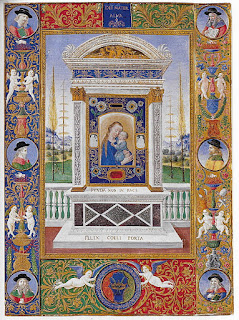 Their website does not include an image or provenance, but one can deduce from the bibliography cited that it was acquired in 1939 from the collection of Michael Dreicer, New York.

A second manuscript leaf represented in the Stora Archive is this "antiphonary sheet 16th cent.":
It was sold anonymously at Sotheby's, 6 December 1988, lot 17, illustrated on the front cover: 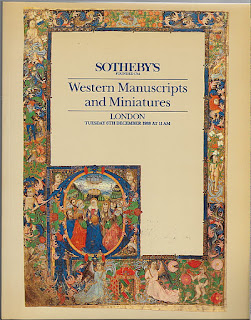 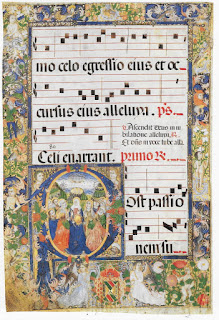 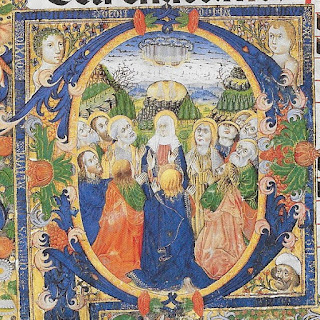 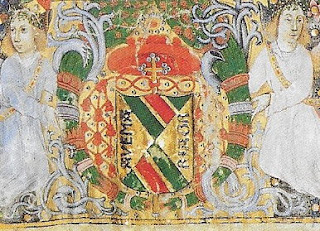 The arms in the lower margin allow the leaf to be attributed to the patronage of Pedro Gonzales de Mendoza (1428-95) [Wikipedia], Cardinal of Spain. 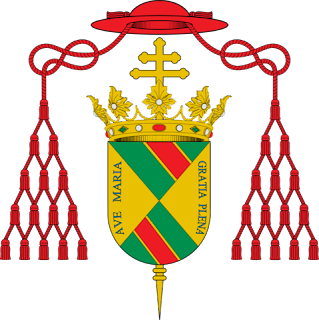 Among other leaves and cuttings said to come from the same choirbook(s) is this one, sold at Sotheby's 22 June 1993, lot 43: 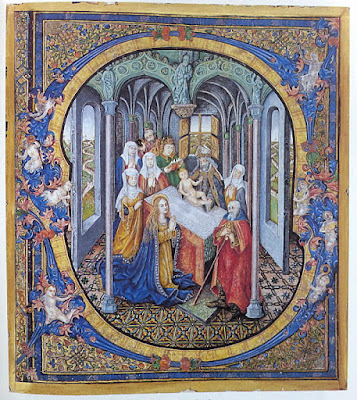