de Ricci On Cutting Up Manuscripts

Much attention has been given in recent years to the activities of Otto Ege and his defence of book-breaking in his article "I am a Biblioclast", and the whole subject was covered in some detail by Christopher de Hamel in his Cutting Up Manuscripts for Pleasure and Profit (Charlottesville, 1993).

But one surprising defender of the practice has, as far as I am aware, been overlooked in these discussions: Seymour de Ricci (1881–1942), probably best known for his Census of Medieval and Renaissance Manuscripts in the United States and Canada (1935–37). In addition to this vast union catalogue, de Ricci also catalogued a few private collections, such as the books and manuscripts of the first Lord Amherst of Hackney (1835–1909) in 1906, and in 1913 an exhibition catalogue of miniatures belonging to the Parisian art historian and dealer Léonce Rosenberg (1879–1947): 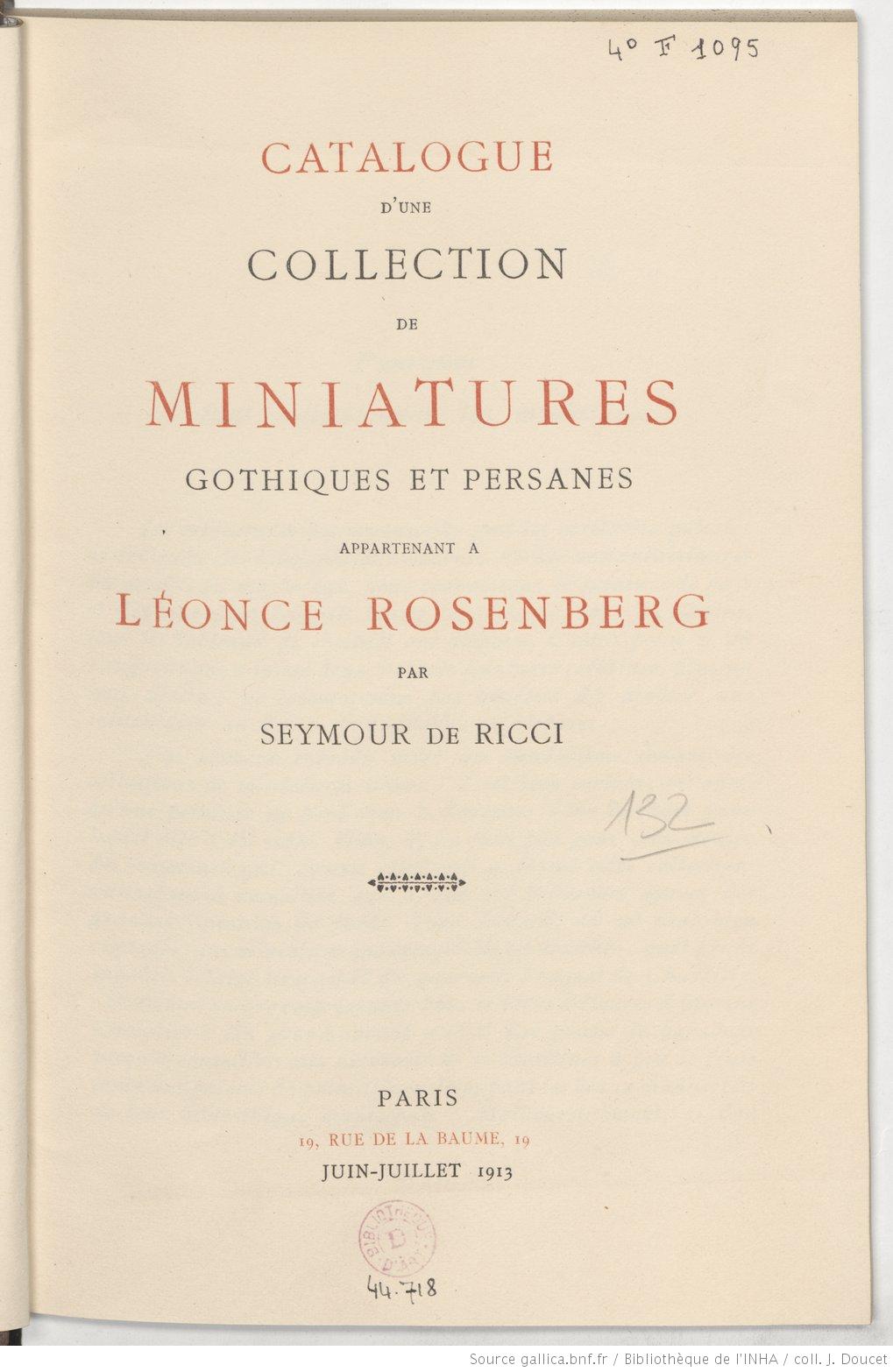 Rosenberg cannot be given credit for forming the collection, however; almost all the leaves and cuttings in this catalogue are recorded as having come from the collection of Arthur Sambon (1867–1947), a numismatist and dealer.
Presumably Rosenberg simply bought most of the miniatures in 1912 or 1913, shortly before the rest of the collection was sold: a large part of Sambon art collection went to auction in 1914, including a small number of western manuscripts and single leaves (lots 362–70).


de Ricci wrote a preface to the Rosenberg catalogue (available through Gallica) which is worth reproducing here in full, as it contains some surprising justifications for the cutting-up of manuscripts and the collecting of single leaves and miniatures: 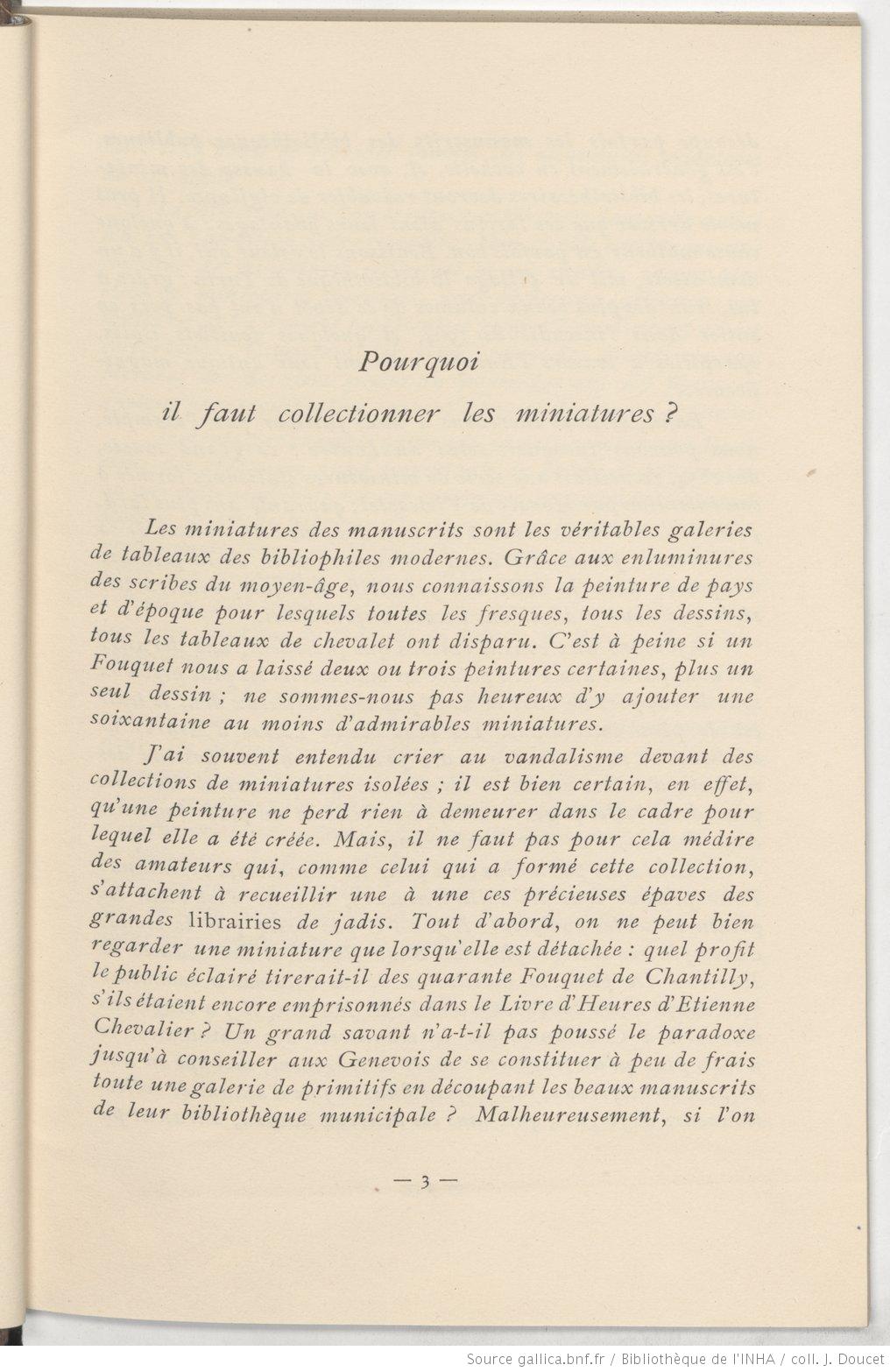 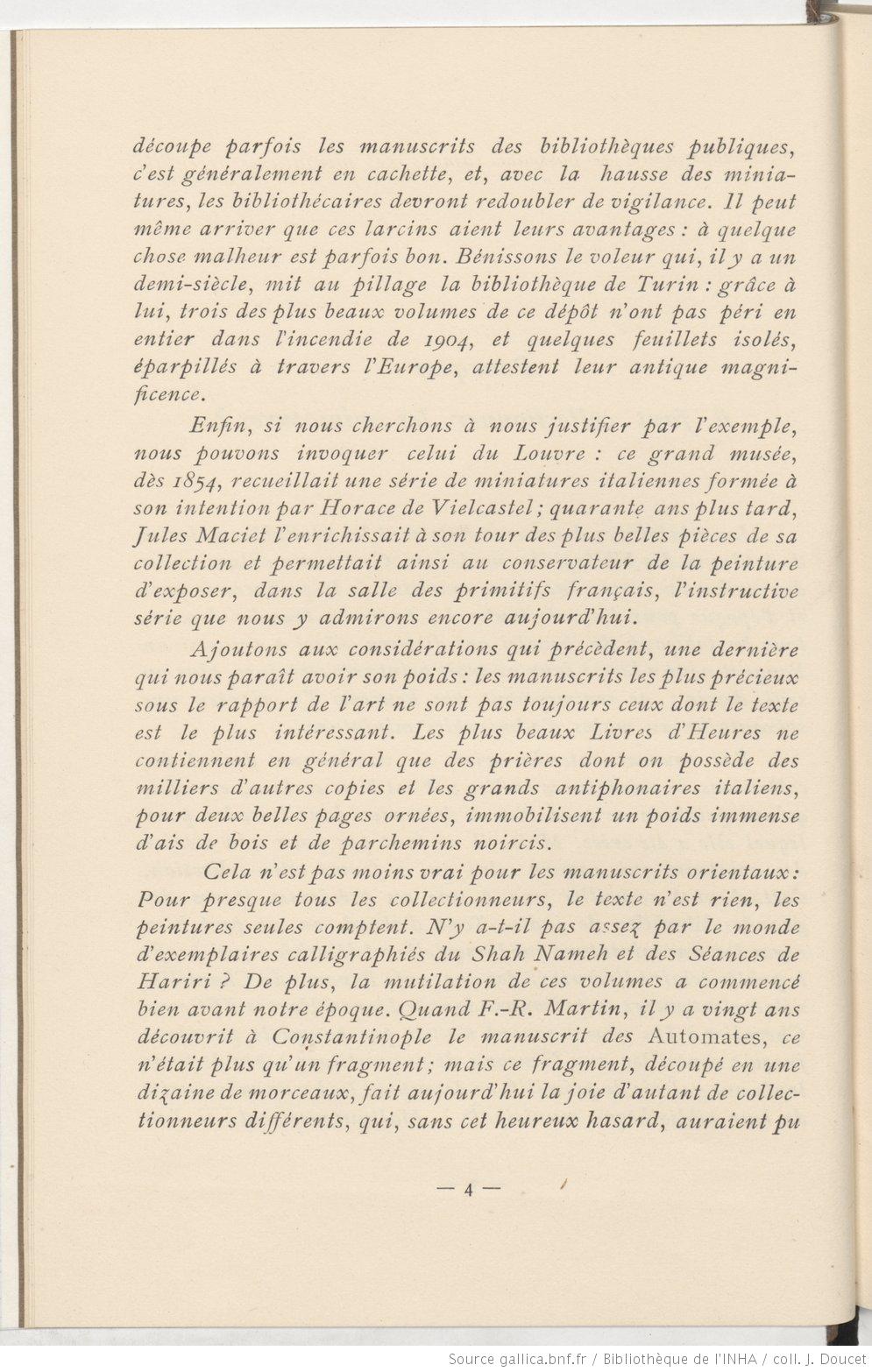 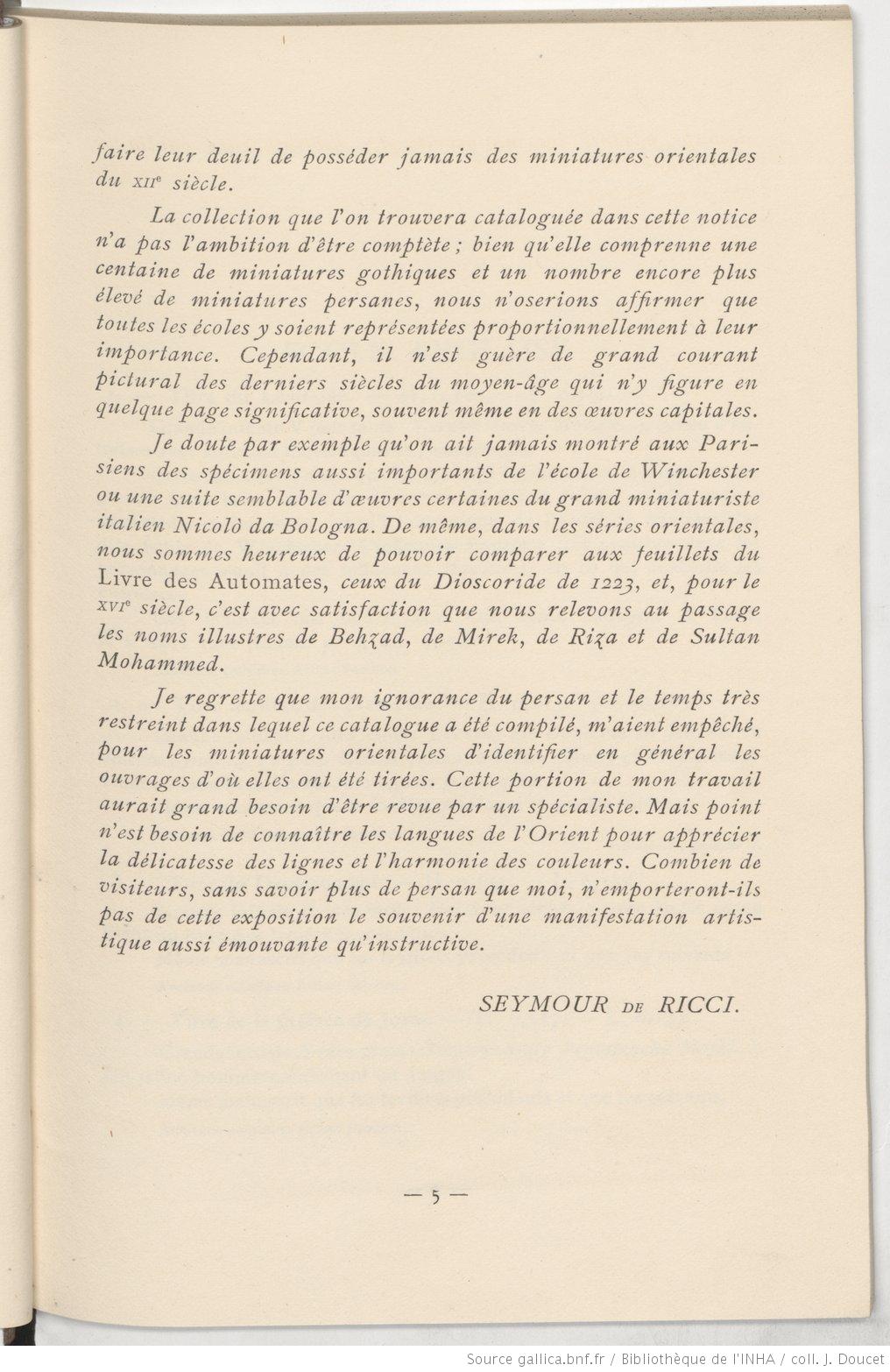 It is not very surprising for de Ricci to suggest that most Books of Hours are of no textual value, but it is today remarkable to read his description of the forty Fouquet miniatures now at Chantilly having formerly been "emprisonnés" within the Hours of Etienne Chevalier! 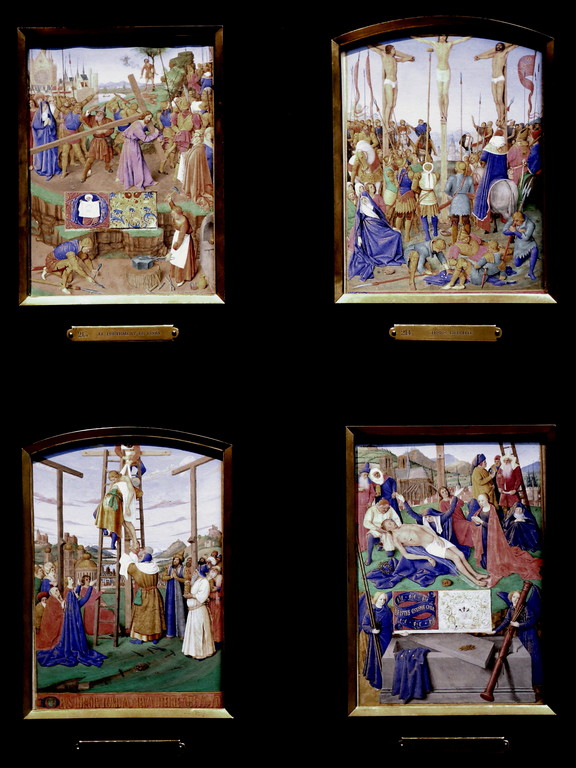