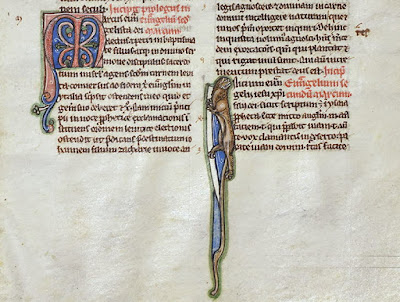 I have become aware in the last few years of leaves of a 13th-century Bible, that have appeared on the market in the past decade. I had been cursorily filing images from online auctions, but only recently did I have a reason to look into it more closely.

I think that the first leaves I encountered were a group of five, each with a foliate illuminated initial, which I catalogued summarily in 2015 (follow the link below to see all five):
I did not know the parent volume, but a search of the Schoenberg Database for the dimensions, number of lines per page, etc., led me to suggest that they were perhaps from a volume sold at Sotheby's on 23 June 1998, lot 46 -- an identification made more plausible by the fact that it was obviously incomplete, having only 112 leaves. [Schoenberg database]

and another seven in December the same year:

I did not pay great attention to them, as they seemed to be relatively ordinary: the decoration is nice, but not exceptional, and back then I was less interested in dispersed Bibles than I am now. Their most notable feature is the numbering of every fifth line of text, between the columns, using the 13th-century form of Arabic numerals: [1]

The leaves are not ruled regularly throughout the volume: many leaves, like the one shown above, are ruled for 45 lines of text per page, but other leaves have only 43 or 44 lines per page, and in these cases the bottom line of the page is numbered accordingly with a "3" or "4" instead of a "5":

Variation in the number of lines per page within a Bible is not uncommon. Here is a detail from another English Bible with line-numbering, showing a verso with 42 lines, facing a recto (probably the start of a new quire) with 44 lines:

Numbering every fifth line of text in the 13th century was a uniquely English, and especially Oxford, characteristic:


"... the masters and students of Oxford devised their own individual indexing system ... based on line-numberings on the manuscript page ... This method was employed in Oxford, and in centers influenced by Oxford ... This reference system, still widely used today for classical texts and poetry, in the Middle Ages did not cross the Channel …". [2]

I only started to pay more attention to the manuscript when a leaf with a fine historiated initial depicting a Lion, the evangelist symbol for St Mark, appeared at auction in February last year; a detail is shown at the top of this post, here is the full-page view of both recto and verso:

A bit of online hunting located the Evangelist symbol for John at the beginning of his gospel; it was offered by a London dealer in 2019:

Thus at last three out of the four evangelist symbols in historiated initials all appeared on the market in London in 2019, and three groups of illuminated (but not historiated) leaves had appeared at previous two-year intervals, in 2017 and 2015.

If we go back another two years we find twelve loose unilluminated text leaves offered individually by King Alfred's Notebook, Enchiridion 15 [2013] nos. 14–25, of which eleven were subsequently bound together in a distinctive style: 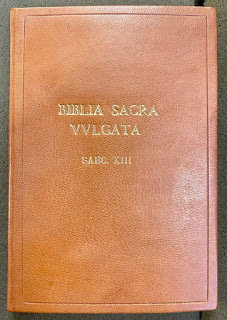 They were bought by a private collector and later donated at Vassar College. Cornell University also acquired 11 leaves in 2013, in an identical binding: 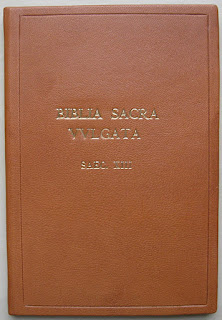 How much further back can we take this process of dispersal?

The Timeline Auction description mentions that their leaf was "Ex Piasa, 16 April 2007, lot 41". This could be understood to mean that the single leaf had been sold in 2007, but if we check the Piasa catalogue, we find that it describes a substantially complete volume, still having 523 leaves (lacking only 7 leaves at the beginning and 14 at the end) and bound in a "reliure ancienne vélin ivoire":
The 2007 description interprets a marginal inscription "[M]CCX die Pasche" as indicating a date of 1210 for the volume, but as the main text is written below top line, it is probably at least a couple of decades later than this.

A significant proportion of 13th-century Bibles from Oxford have evidence suggesting Dominican or Franciscan patronage and/or ownership. (I published an article about one of them [in the Electronic British Library Journal, here], and will discuss another in a forthcoming blogpost). If the present volume was written and illuminated at Oxford around the middle of the 13th century, and was owned by an Italian Dominican in the second half of the century, the intact Bible was potentially an interesting witness to the 13th-century movement of books and students between Oxford and Italy, especially within the Dominican order.

Many of the identified leaves are fairly heavily annotated, and suggest that the complete Bible may have provided interesting insights into the intellectual and theological interests of its early owners. Here we see a 13th-century reader citing the Septuagint ("lxx"), for example:
If we could trace enough leaves we might be able to understand why this 13th-century reader annotated some passages so heavily with cross-references: 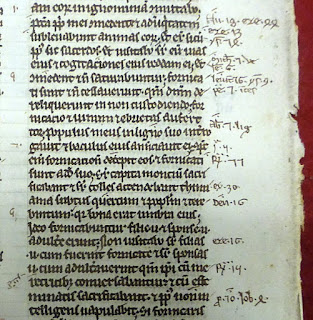 Surprisingly, in a Bible, a later medieval Italian refers to Sallust and Virgil:

The evidence for the place of the present manuscript in the story of Oxford-Dominican-Italian interchanges has not been completely destroyed by the dismemberment of the volume since April 2007, but it has certainly become much harder to study: at present I have traced only about 45 leaves, out of 523. Doubtless readers of this blog will know of other leaves, and I would be glad to learn of them. 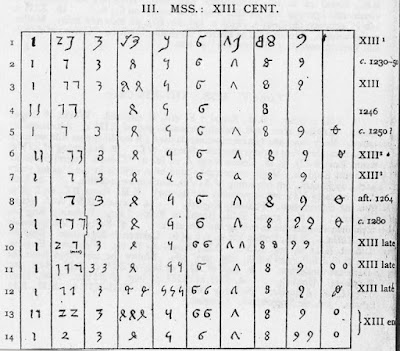 [2] The quotation is excerpted from Richard H. Rouse and Mary A. Rouse, ‘The Development of Research Tools in the Thirteenth Century’, in Authentic Witnesses: Approaches to Medieval Texts and Manuscripts, Publications in Medieval Studies, 17 (University of Notre Dame Press, 1991), pp. 221–55, at 234-36 [click the images to enlarge them]: 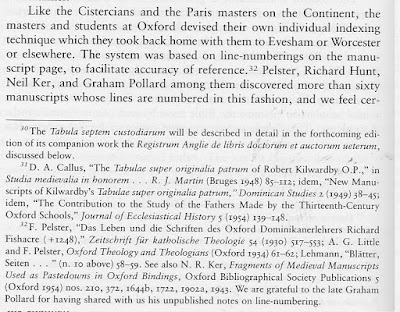 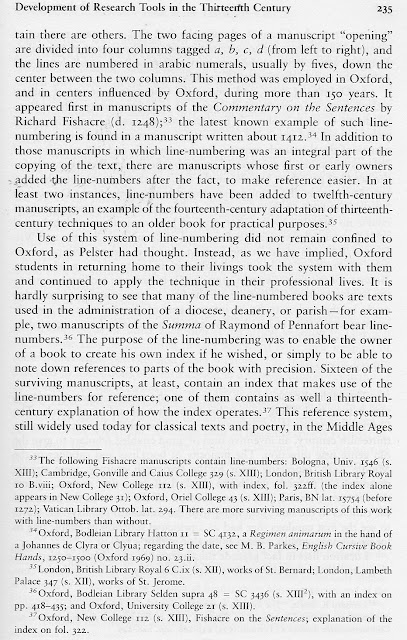