"Madame X" and the Marcadé Collection 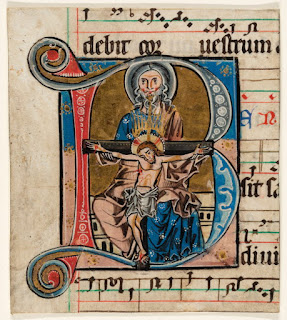 During the past few years I have tried hard to verify the identity the woman whose manuscript illuminations were auctioned anonymously at the Galerie Georges Petit, Paris, on 6 December 1926:


The catalogue contains a number of very interesting cuttings and leaves. The one at the top of this post was lot 2, and is among the illuminations recently given by Sanda Hindman to the Art Institute of Chicago [1]:

Lot 1 is this very curious image of a monk-scribe apparently taking a break from his work: 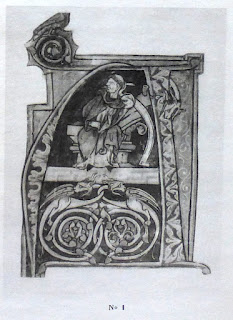 This cutting is now in the McCarthy collection: 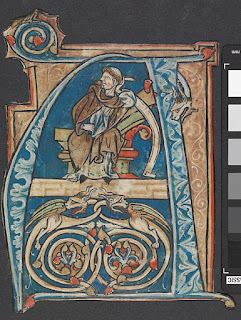 Its strange iconography is apparently based on an Evangelist portrait of St John, in which his pose, looking up towards our left, is explained by the presence of the Dove: 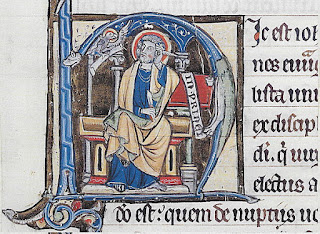 The first item in lot 4 is this cutting of a female saint, also in the McCarthy Collection: 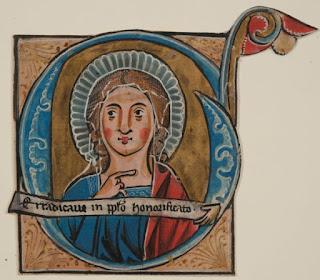 This was formerly in the Lehman Collection (later deposited at The Met), and it is from the description in de Ricci's Census that we know that it comes from the 1926 sale of "Madame X".

de Ricci identifies Madame X as "Madame Fould", but extensive searching has failed to reveal any biographical information about a likely Madame Fould. The closest I have got to a potential answer is that Lugt’s Répertoire des catalogues de ventes publiques includes an anonymous sale in Paris on 24 June 1925, identified as that of Léon Fould. So one possibility is that Léon Fould was an heir of a Madame Fould, and he sold her collection in Paris in the mid-1920s.

Although I still do not know anything about Madame Fould, I am now confident that de Ricci's identification is correct (as I expected it to be), because I have now found support from another source. 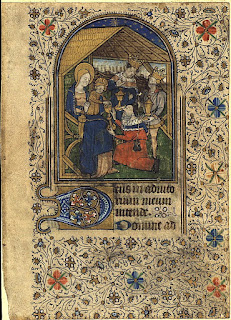 It is not of especially high quality, but of interest to me is what is written on the back: 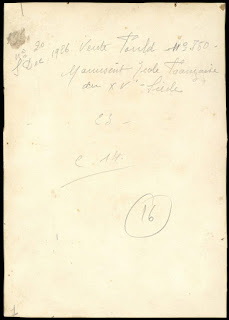 Lot 20 in the "Madame X" sale corresponds (allowing for the fact that Books of Hours are sometimes referred to as Missals) to this leaf:

None of the other Marcadé manuscripts have similar inscriptions. The only other ones that I "recognise" are these three cuttings: 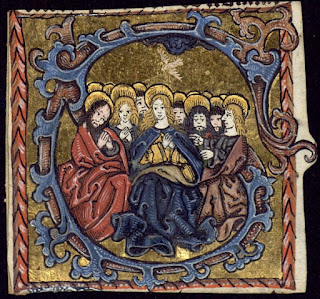 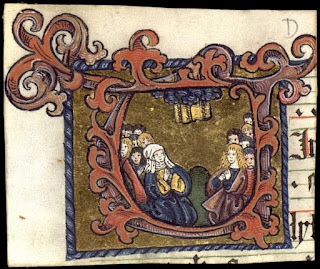 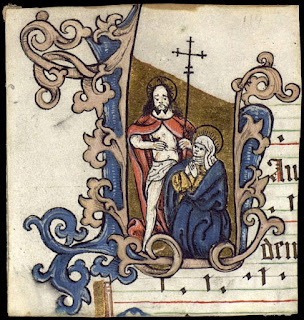 which must presumably come from the same volume as these three, at the Cleveland Museum of Art [source]: 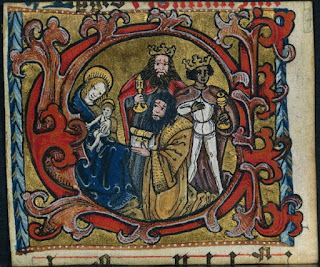 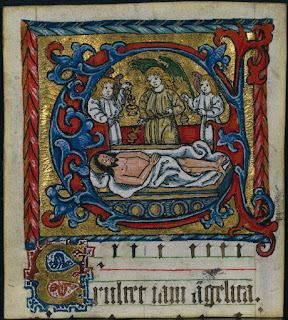 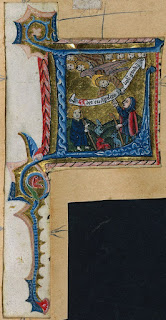 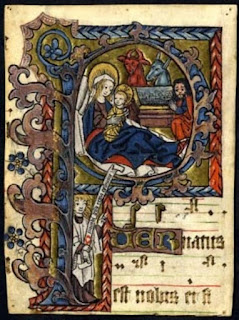 Charlotte Denoël of the BnF has an article in press about the Marcadé illuminations; it is an interesting collection that deserves to be better known.

It looks like this is from the same book as the one above: 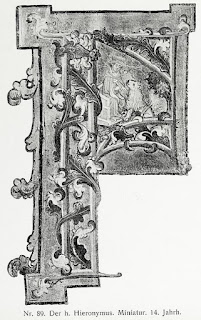 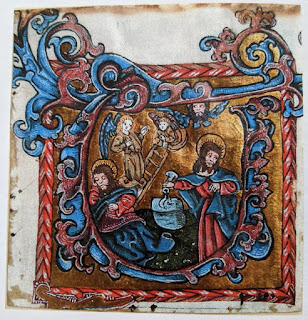 [1] Christopher de Hamel, The Medieval World at Our Fingertips: Manuscript Illuminations from the Collection of Sandra Hindman, 2018, cat.no.2, not citing the 1926 auction.
Posted by Peter Kidd at 17:37