The Use of the Word "Fragments" 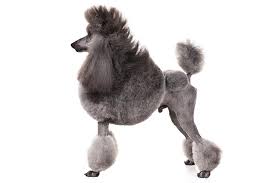 The purpose of language is to convey a concept from the writer or speaker to the reader or listener. The more precise the terminology used, the more accurately concepts will be conveyed.

Thus, if you want to convey to your reader/listener the concept of a poodle, it is better to use the word "poodle" than "dog", "quadruped", or "animal", which -- although they are not wrong -- are increasingly less precise than "poodle", and therefore convey diminishing amounts of useful information.

"Canine" (as a noun) could also be used, but this word is open to misinterpretation, because it has a completely different meaning: a "canine" can refer to "a pointed tooth between the incisors and premolars of a mammal". 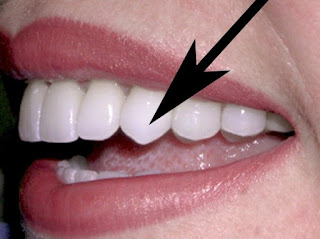 "Fragmentology" is a word that is increasingly used as a term to refer to the study of parts of incomplete codices. While it can serve a useful purpose as an umbrella term to refer to a whole range usually very different types of study [1], I think the use of this term has an unfortunate effect: it implies that all the objects of those studies can, or should, be called "fragments". In fact, there are several distinctly different types of object which are all "parts of incomplete codices", and it is unhelpful to label them all with the same single term, just as it is unhelpful to indiscriminately refer to a poodle, a labrador, and a terrier as "quadrupeds".

As suggested above, another issue is that some words have meanings in everyday language, and very distinct meanings when used as technical terms in particular fields of study: the way in which the word "canine" is understood depends on its context, and it is not always clear whether it is being used as a noun or an adjective.

In the field of manuscript studies there are very specific meanings for technical terms such as "signature", "autograph", "page", and "illumination", which are quite different from the meanings of those words in everyday language.

In a specialist field, such as manuscript studies, it is therefore helpful to use words in their technical sense, not their everyday non-specialist sense: the use of terminology should be appropriate to the context in which it is used. For example, when speaking or writing about medieval manuscripts it causes unnecessary and easily-avoided confusion to use the word "pages" (as used in everyday language) to convey the more accurate concept of "leaves". Similarly, it is appropriate to use technical terms like "recto" and "verso" instead of imprecise everyday equivalents such as "front" and "back".

Likewise, "fragment", as a word used in everyday language, I suggest, should be clearly distinguished from a series of different concepts that can be more accurately conveyed using more precise terminology.

The Wikipedia article on Fragmentology does not distinguish between cuttings, leaves, etc., treating them all as "fragments". The problem of using the ill-defined everyday word "fragment" has been touched on by T. Heikkilä and Å. Ommundsen, Nordic Latin Manuscript Fragments: The Destruction and Reconstruction of Medieval Books (2017), pp. 1-2:

There are inevitably grey areas, but I think that "parts of incomplete codices" can usually be described using the following terms:

fragment. A part of a leaf or bifolium that has survived by chance, e.g. as binders' waste: re-used for pastedowns, flyleaves, spine-linings, reinforcement-strips, etc.

[This fragment was formerly a pastedown, as can be seen by the spine-fold at the right, the traces of paste, and the ragged edges. The fact that this fragment preserves a decorated initial is largely accidental].

cutting. A part of a leaf that has been deliberately cut to preserve a portion of decoration and/or text. 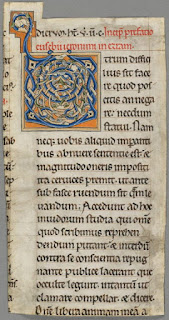 [Although superficially similar to the fragment above, the top edge clearly demonstrates that this cutting has been deliberately cut from a larger leaf in order to preserve the decorated initial and a section of script]

leaf. Not "folio", which in most cases is incorrect Latin or ambiguous English: in the words of Wikipedia, "The term "folio", from the Latin folium (leaf), has three interconnected but distinct meanings in the world of books and printing."

quire. Not "gathering" or "booklet": "quire" is a technical term with a specific well-understood unambiguous meaning within manuscript studies, whereas "gathering" and "booklet" are everyday words with a variety of different meanings.

portion/section, etc. An incomplete manuscript -- such as a series of quires, or a volume with all the decorated leaves removed -- is often described as a fragment; but to avoid confusion words and phrases such as "incomplete codex", "sequence of quires", "portion", "section", etc. can be used instead.

The mental process of considering which term is most appropriate is itself a useful exercise in understanding a manuscript, especially when confronted by an item that does not neatly fall into one of these categories. For example, is a leaf of the Beowulf manuscript, salvaged from the Cotton fire, a "leaf" or a "fragment"? (Arguably, if it is complete then it is still a "leaf", but if it is incomplete it should be considered as a "fragment").
Similarly, if a leaf has been used as a pastedown, flyleaf, or wrapper, should we think of it as a leaf or a fragment? (If the leaf appears to be complete, then it is arguably still a leaf, but if it has been trimmed in order to serve its new function, then it has become a fragment).

I cannot claim that the current widespread use of the word "fragment" is wrong, but I hope to persuade readers that its current usage is often unhelpful and imprecise, and that better alternative words should be used.

Usually there is no consensus about which of two alternative words is preferable ("leaf"/"folio", or "quire"/"gathering", for example), but it should be obvious that we will all benefit -- online searches will become easier and more accurate -- if terminology becomes more standardised. I suggest that the least ambiguous word is preferable: thus "leaf" and "quire" are preferable to "folio" and "gathering".

I was prompted to write this post by the numerous occasions on which I have had trouble finding material online, due to imprecise use of terminology. On the website of the Beyond Words exhibition, for example, which usually distinguishes accurately between leaves and cuttings, there are a fragment, some cuttings, and two documents, all described as leaves, and leaves described as fragments. Other online collections use terms such as "partial leaf" to describe a cutting or a fragment. One website refers to some cuttings as "detached leaves". I have also recently read an article (by a manuscripts specialist) in which leaves with full-page miniatures are indiscriminately referred to as cuttings and as fragments.

The Fragmentarium project uses a variety of unconventional terms such as "double leaf" and "doubleleaf" (i.e. bifolium). Buried deep in the list of search filters is a rather precise list of "range types": 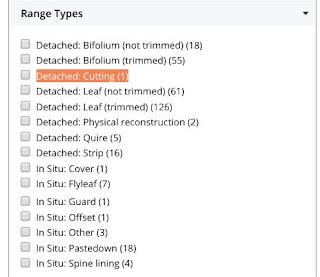 but these have been applied erratically. The only item tagged as a "cutting", for example, is in fact a series of 13 leaves.

[1] Arguably, there are three main sub-fields within "fragmentology", which correspond to my definitions of fragments, cuttings, and leaves, respectively:

-- fragments were typically used by binders as waste material before the 17th century; unless the binder worked for an institution (monastery, university) whose library survived until recent centuries, it is rare that other fragments from the same parent volume have been identified. Study is therefore usually centred on the script and text/music of individual specimens; it is therefore often primarily palaeographical / musicological.

-- cuttings are typically illuminated initials and miniatures cut from their parent volumes in the 18th and 19th centuries; other cuttings from the same parent manuscripts are likely to exist, but the parent volume has often not been identified or no longer exists. Study is usually based on the iconography and style of more than one item, which often allows greater understanding of the parent volume; it is often primarily art-historical.

-- leaves are typically from books that were broken up in the 19th century or later (Otto Ege MSS are an obvious example); there is usually a good chance that text leaves as well as decorated leaves survive, and thus the parent volume can often be well understood. Study may be based on the text, script, mise-en-page, and other features of a comparatively larger number of leaves; it is often art-historical, textual, and codicological.

I was originally going to title this post A Proposed Typology of "Fragments", but I later couldn't decide if "Typology" or "Taxonomy" was the more appropriate word, so I decided to use neither. As I understand them, a Taxonomy is a classification system, often with a hierarchical structure (e.g. in Biology), and this is apposite in the present discussion insofar as there is a hierarchy from codex to quire to bifolium to leaf/cutting/fragment. Where Taxonomy deals with physical entities, Typology often deals with concepts (e.g. linguistic or anthropological). What makes the terminology proposed above problematic is that the crucial distinction between a "fragment" and a "bifolium" / "leaf" / "cutting" is conceptual: it depends on an interpretation of how the physical object has been used, rather than its intrinsic physical features. The Fragmentarium terminology has the great benefit of being less subjective. But I would argue that within fragmentology, i.e. the study of these objects, the conceptual distinction between leaves, cuttings, and fragments (as I define them) is absolutely fundamental, and therefore a distinction worth making.

EDIT 31 July 2018:
For some reason the Comments system does not work well. The first comment below is from Consuelo Dutschke, though her name does not show up. In response:

I completely agree, of course.

The same principle (deliberate vagueness) applies to dating and localising MSS: one should only be as precise as is appropriate. It is better so say "France, 13th century", than "Paris, 1225", if the city and date are unreliable. I always try to impress upon students the distinction between accuracy and precision: "Paris, 1225" is very precise but can be 100% incorrect, whereas "France, 13th century" is rather imprecise, but can be 100% correct.

I also personally use a variety of terms like "doubtless", "probably", "perhaps", and "possibly", to convey varying levels of (un)certainty.