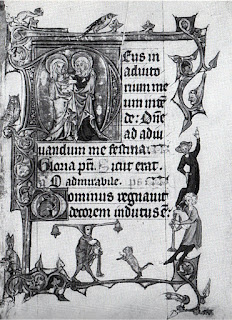 This passage cites two sources. First, E. Warlop, The Flemish Nobility Before 1300 (2 vols, Kortrijk, 1975-76), which reproduces the arms of various members of the Gistel/Ghistelles family, including John II: 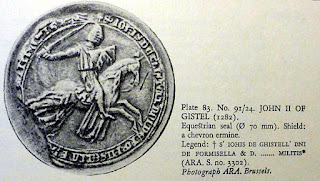 and his son John III, who bears the same arms but with a label of five points:

A label like this usually indicates that the bearer is an heir to a title, but by 1297, when this seal was used on a document, John III's father had already been dead for at least seven years; this suggests that John III continued to use these arms even after he inherited the title.

Another medieval source, the Wapenboek Gelre, or Armorial de Gelre, now in the KB, Brussels, gives John III's arms quartered with those of Luxemburg (he had married Marguerite de Luxembourg in 1289): 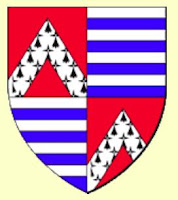 The second article cited by the New Zealand catalogue (if I understand it correctly) says little specifically about John III's arms, but suggests it did not have the label of five points:

I'm not sure where all of this gets us, except to say that the sources are not very clear about which arms John III would have borne c.1300, when the so-called Ghistelles Hours was produced.

And it is worth mentioning that other heraldry occurs in the manuscript that is certainly not a variant of the normal Ghistelles arms: [2] 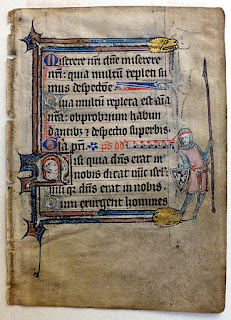 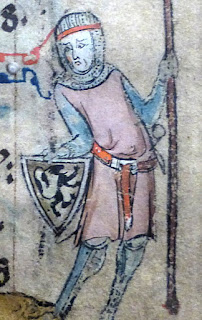 It is perhaps more fruitful to approach the problem from a different angle.

Of all the known leaves of the Ghistelles Hours, only one has the arms of Ghistelles and Flanders. They are not placed at a major textual division, as one might expect if they were intended to signal the identity of the patron of the manuscript. Typically, when the arms of a patron occur, they are placed at the beginning of a manuscript on the first page of the main text, and sometimes also at the beginning of other major textual divisions.

As it happens, the first leaf of the Hours of the Virgin of the Ghistelles Hours survives, and was sold by Christie's, 4 June 2003, lot 5: 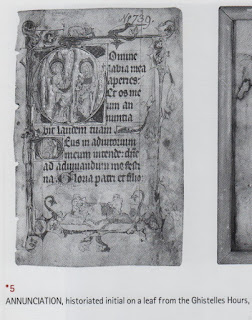 and I photographed it at the time: 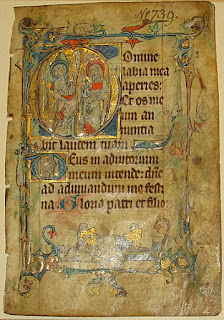 The lower margin is occupied by two jousting monkeys, each with a lance and a shield: 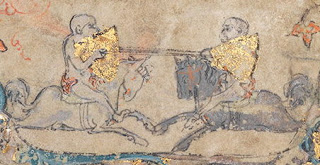 The details of the arms on the shields are indistinct:

but what is absolutely clear is that the field is gold, not the red (gules) necessary to represent the Ghistelles arms. (It looks to me as if these shields each had two red chevrons, not the single ermine chevron of the Ghistelles arms). It seems clear to me that we must abandon the idea that the book was made for a member of the Ghistelles family, and that the details of the arms of John III, discussed above, are irrelevant.

In the next post I'll consider some possible alternative patronage of the manuscript, and suggest why the Ghistelles arms were included on one of its leaves.


[1] I am grateful to Dominique Vanwijnsberghe for obtaining for me a scan of this article, apparently not available in the UK.

[2] EDIT. As originally posted, I did not mention that the rampant lion is not facing towards our left, as is normal, but instead facing to our right. Right-facing lions can occur in real heraldry, but they are very rare, and it seems more likely that the artist has simply got it "wrong" -- further evidence that he is using heraldry for decorative effect, rather than to accurately identify the arms of the patron.
Posted by Peter Kidd at 14:51