A Flemish Miniature in 19th-Century Australia 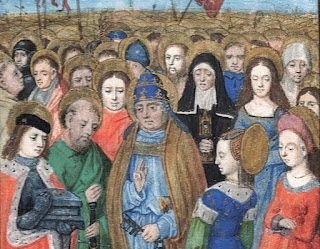 I have recently been looking at two leaves from an extremely fine Flemish Book of Hours, in a double-sided frame, in a private collection.

When I was first shown them, I assumed that they were a single leaf: to judge by the widths of the borders, the text is on a recto, and the full-page miniature is on a verso. 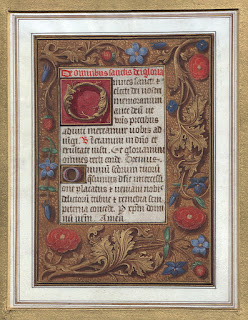 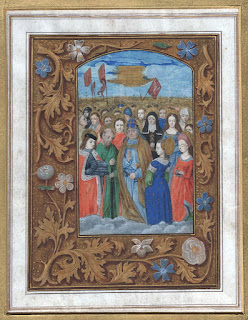 The text and image clearly go together to form an illustrated suffrage to All Saints, but this back-to-back arrangement would be unusual for two reasons: first because one expects a miniature on a verso to have the text relevant text on a facing recto, and second because one expects a full-page Flemish miniature like this to be painted on an inserted single leaf, blank on the recto.

The blue velvet of the frame in which they are encased is fairly worn and looks old, probably Victorian. If so, this demonstrates that the leaves are not from a book that has been broken-up recently.

I was allowed carefully to open the frame, and it was only when I did so that I had some big surprises: first, as noted above, the "leaf" is in fact two leaves, framed back-to-back so that they appear to be a single one. Second, the backing-paper on which the miniatures are mounted are stuck to the two halves of the frame using pieces of old newspaper, and remarkably, it is possible to identify the very newspaper pages from which these pieces were cut. 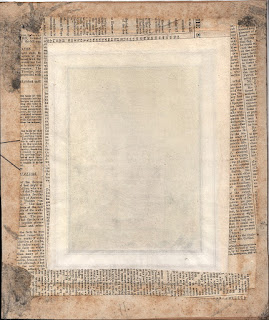 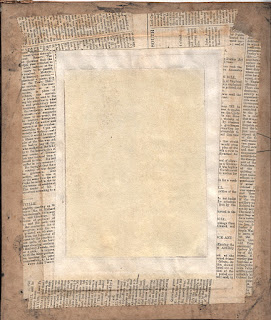 Even more remarkably, the newspaper is identifiable as The Sydney Morning Herald, for Friday, August 20, 1886!

I was able to make the identification simply by Googling a phrase or two, such as this fragment: 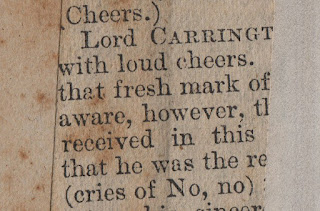 which can be matched-up with a scan of the complete newspaper on the website of the National Library of Australia: 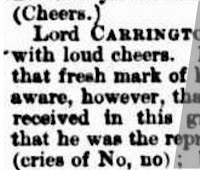 In the catalogue of Medieval and Renaissance Manuscripts in Australian Collections (1984), Vera Vines devotes a short introduction to The Collectors. She records that the earliest acquisition by any public collection (the State library of Victoria) was in 1902. Private collectors who were active earlier  than this included Sir Charles Nicholson (d.1903) whose manuscripts were donated in 1924 and 1937; David Scott Mitchell (d.1907), who owned three (mediocre) manuscripts perhaps by 1898; Sir William Dixon, who lived in Sydney from 1896 and bequeathed his collection in 1952; Richard Armstrong Crouch (1868-1949); and James Thompson Hackett (1858-1924).