"Ancient Illuminated MSS in the Library at Calveley" 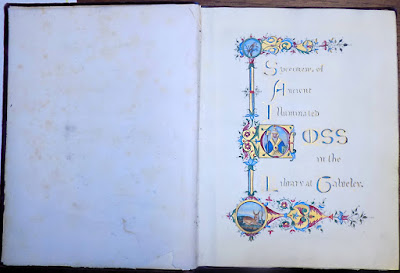 My interest was aroused by the description of of a 19th-century album that will be sold next week, whose catalogue description does not have an image:

I asked the auctioneer to send me some photos, and I have just received the images. The title-page is shown above.


It is not clear where "Calveley" is; it might be Calveley Hall in Cheshire, Calveley Old Hall in West Yorkshire, or the auctioneer may have misread the inscription, which perhaps should be read as Galveley:

The illuminations within the album are not of great artistic merit, but in most cases they are faithful enough to the originals to allow us to recognise the style of the original. This one, for example, is typical of Bruges work in the general orbit of Willem Vrelant: 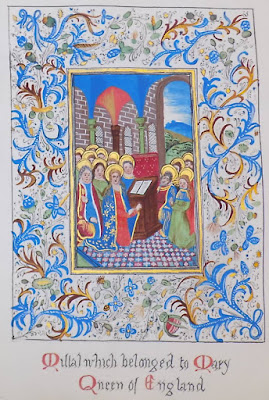 This image of St Anthony Abbot felt very familiar, but I could not immediately recognise it: 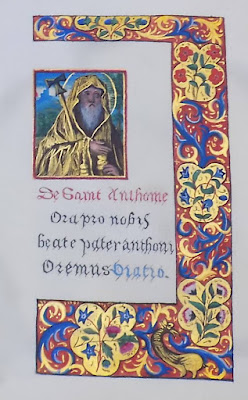 until I came to another image: 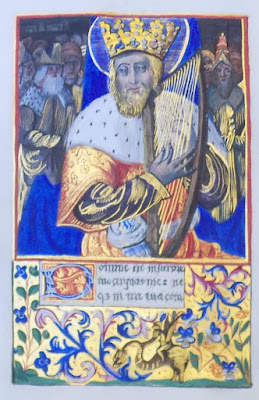 which is extremely distinctive, and therefore recognisable as coming from a Book of Hours sold in the second Ritman sale (Sotheby's, 19 June 2001, lot 33): 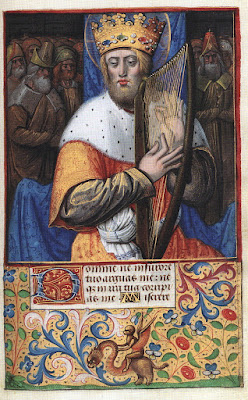 The same manuscript has a small miniature of St Anthony Abbot on fol.106r; the source of the version above: 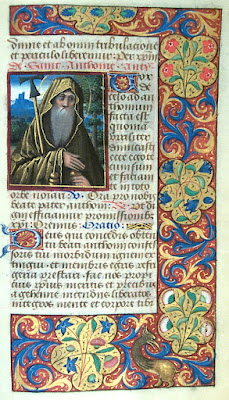 Its provenance is very uncertain before 1934, except for an unidentified bookplate, possibly 19th-century: 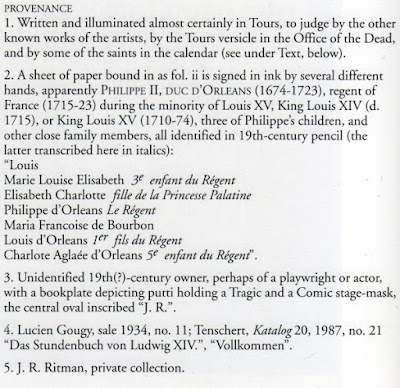 But I now wonder whether the bookplate is 18th-, rather than 19th-century: 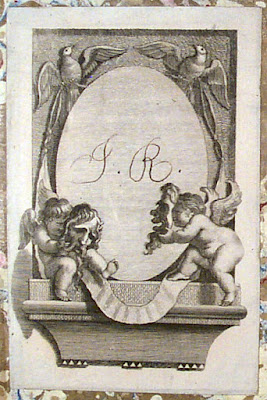 This does not get us any closer to identifying Calverley/Galverley with confidence, but re-reading the auction description of the album, near the top of this post, I see that the illuminations were "drawn by C. A. Davenport, 1840", and a Google search finds a number of publications that agree that Calveley Hall, Cheshire, was owned by the Davenport family. The owner in 1840 seems to have been Edward Davies Davenport (1778-1847), who in 1830 had married Caroline Ann née Hurt (also recorded as Catherine Anne ńee Hunt): this surely provides us with the identity of our artist, "C. A. Davenport".

Having identified the 19th-century owner of the manuscript as a member of the Davenport family of Calverley Hall, we can locate it in an early 20th-century auction catalogue (Sotheby's, 10 May 1907, lot 179), being sold from the library of his descendant, Sir William Bromley-Davenport (1862-1949).