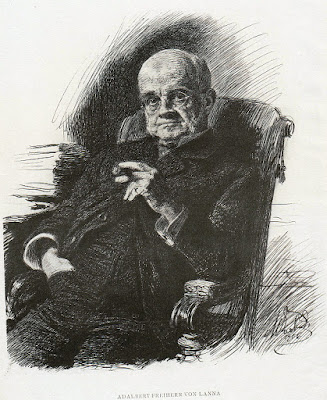 On a recent visit to Sotheby's I was shown a lovely leaf from a Book of Hours, with a small miniature depicting St Margaret, and a border with a cherub and centaur: 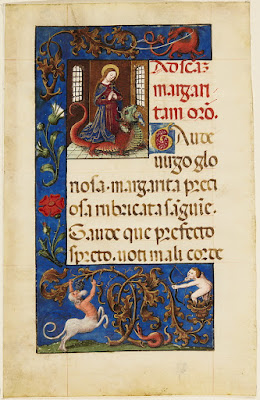 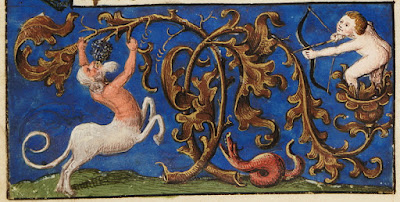 It is painted on the verso; the recto is ruled, otherwise blank except for a pencil number '597', and a collector's ink-stamp: 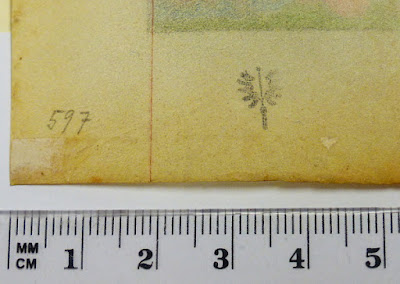 The stamp had already been identified as belonging to Adalbert Freiherr von Lanna (1836-1909) of Prague. It appears on the Lugt Marques website, with a considerable biography; the Lugt database is not working today, so I provide instead a scan from the printed edition of the beginning of the entry on Lanna: 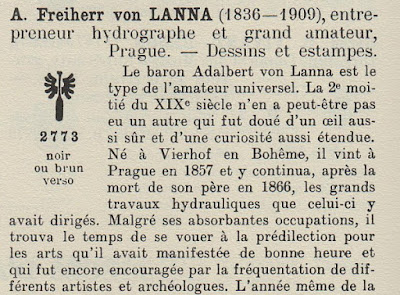 The "Lanna-Prag" sale of manuscripts, which took place in Vienna in 1911, is fairly well known: 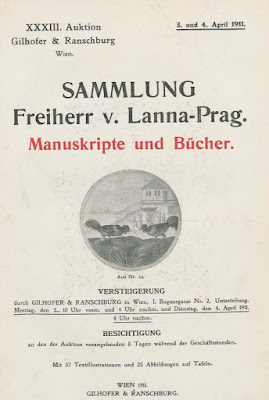 Unfortunately it does not have many reproductions, but it does include this Flemish border in a Book of Hours of c.1500: 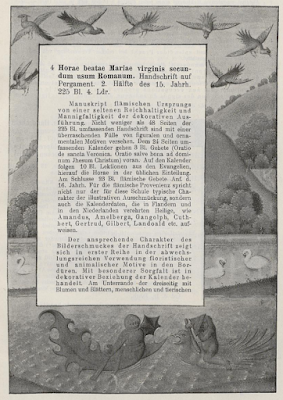 The same border was reproduced when the manuscript was re-sold a decade later from the collection of Rudolf Busch of Mainz (Baer, Frankfurt, 4 May 1921, lot 272): 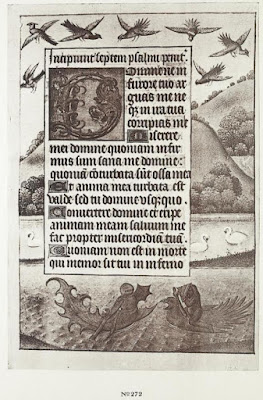 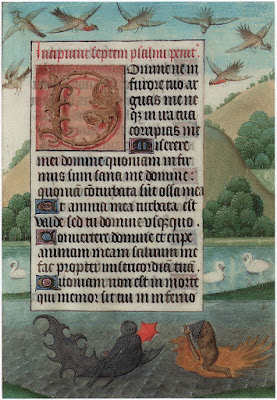 Less well known than the 1911 Lanna-Prag sale in Vienna, is the fact that a number of interesting leaves were dispersed in another sale the previous year, in Stuttgart: 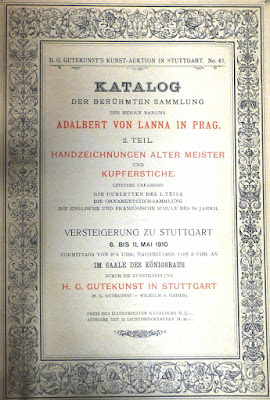 and so I was pleased to find that the St Margaret leaf, with its centaur border, could be identified in the 1910 catalogue: