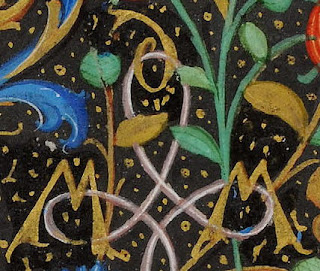 Occasionally a provenance clue consists of the initials of the the forenames of the owner and his/her spouse, joined by a so-called "love-knot".

I recently noticed an example that has not two, but three initials, "M", "d", and "M", as above; here is the full page:

The presence of three initials struck me as odd, but I didn't give it any more thought.

Today I found another leaf that must be from the same manuscript, yet it has a different three initials, "A", "d", and "M": 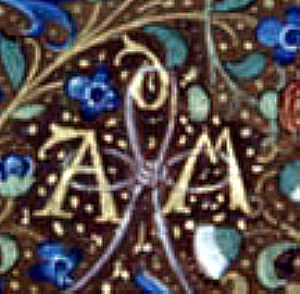 UPDATE 23 May 2022: I have just noticed that the Rochester leaf happens to include evidence in top first two lines that it was written for a female supplicant:

I have no idea what their last name was, but now that I have recognised these two as a pair, I will look out for others, that may provides clues, such as heraldry. What would be ideal would be two find leaves like these, which have the initials "I" and "A" joined by a love-knot, but also the full names, "Iehan Drulhon" and "Anthoine[tte] Fayette": 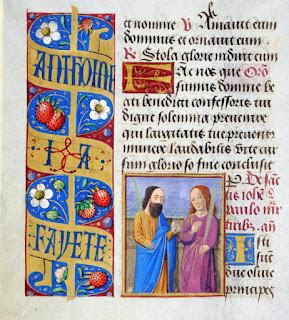