At Home With Robert Forrer in 1937

This includes seven photographs of the interior of Forrer's home, on the walls of which hang framed manuscript leaves and cuttings, including the one above, and these two: 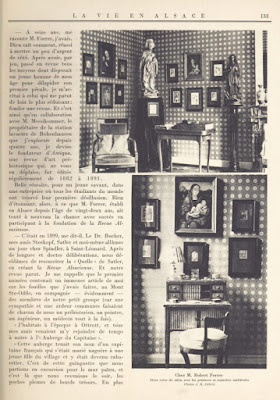 Here is a detail of the lower of those two photographs:
And here is a close-up of the lower right corner of this image:
Despite its poor quality, the black and white blur can be recognised as this cutting from a Bible historiale: 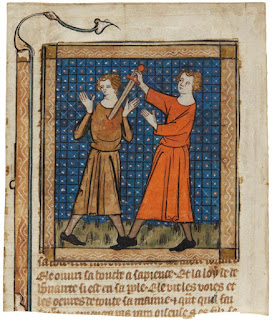 which has on its reverse Forrer's ink-stamp, as discussed in this blogpost.

Having identified this cutting to my satisfaction, I wondered how many more could be recognised?

Hanging immediately above the Bible historiale is this: 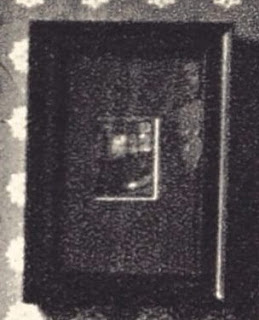 This may seem completely impenetrable, but if you browse the images published by Forrer of illuminations in his collection, all becomes clear; it is this one: 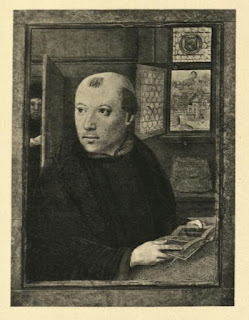 This appeared as the frontispiece to Forrer's 1907 catalogue, attributed to Gerard David. He clearly valued it especially highly, and described it as one of the pearls of his collection, which explains why he still owned it in 1937; many of his other cuttings had been sold decades earlier (as discussed in blogs here and here). This had previously been in the collection of Monsieur B. Hochon, sold in Paris in 1903:


Another photo in the 1937 publication shows a corner of the same room: 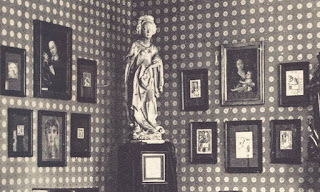 It is hard to discern the detail of the upper leaf at the far right: 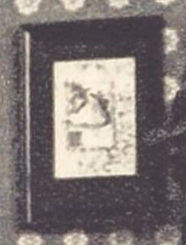 but again its subject becomes clear when you compare it to a better reproduction: 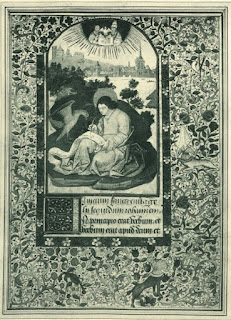 Forrer must have thought that this was another of his finest leaves, because he published a second reproduction, in colour: 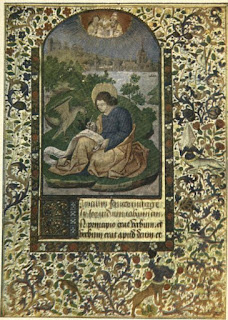 I am less confident about other identifications, so I will save them for another post.


EDIT, 28 June 2020:
Matt Westerby has contacted me with another identification. In this image of cuttings hanging on Forrer's wall: 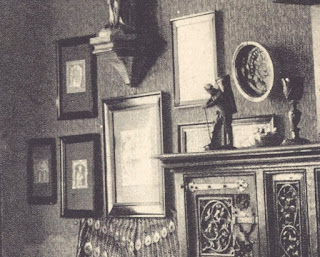 he points out the very close similarity between the one at the top left: 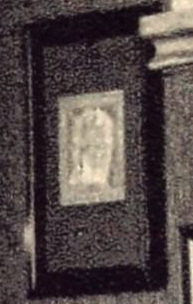 and this cutting at the National Gallery of Art, Washington DC:

The Washington illumination has Forrer's faint ink-stamp just below the bottom right-hand corner of the initial (here enhanced, but still difficult to read unless you know what the stamp usually looks like): 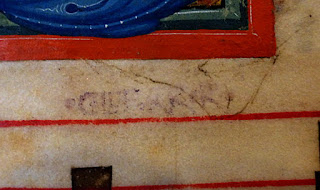 Here is the same stamp on the Bible historiale cutting:

and here is a line-drawn version: