A Leaf from an 11th-Century Giant Bible in Washington, DC

The earliest miniature at the National Gallery of Art is from a Bible attributed to central Italy (Rome?) in the late 11th century, shown above. 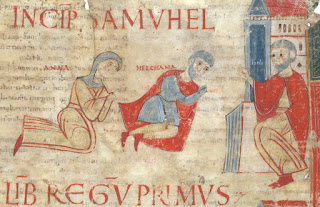 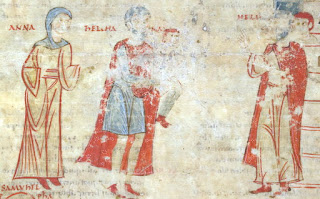 The earliest known provenance of the leaf is in 1929, when it was sold from the collection of Arnold Mettler, of St Gall. From him it passed by Delaunay and then quickly to the Baron von Thyssen. Next it went to Erwin Rosenthal, who sold it to Rosenwald, who donated it to the National Gallery, as recorded in the National Gallery catalogue:

I can add two earlier owners to this distinguished pedigree. Although there is no reproduction, the written description leaves no doubt that it is a leaf that was in the collection of Léonce Rosenberg by 1913: 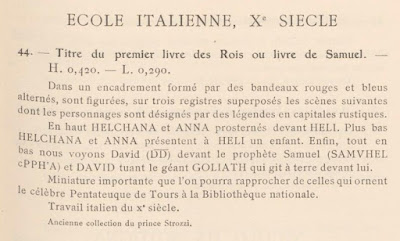 The catalogue description by Seymour de Ricci (discussed briefly in a previous post), shown above, also records that it had previously belonged to "prince Strozzi". Although the evidence for this is now unknown, de Ricci is usually a reliable source.