I sent a tweet about yesterday's blogpost, and within a few hours I had a response from David Gura, who published a catalogue of the Notre Dame manuscripts in 2016, and recognised the von Scherling-Ege manuscript in my blogpost as Notre Dame cod. Lat. b. 11: 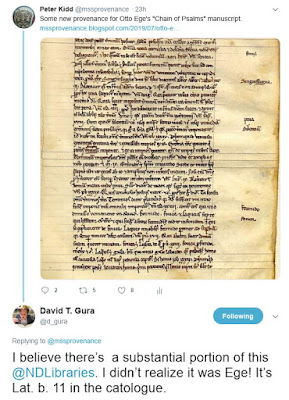 Here are the first two pages of his catalogue description (click images to enlarge): 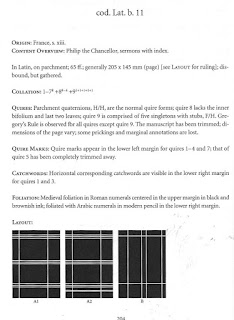 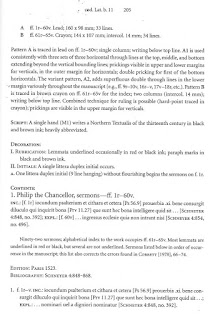 The collation above tells us that Notre Dame has the whole of the first seven quires, part of the 8th, and all five leaves that comprise the Index. This suggests that Ege harvested all his leaves from the second two-thirds of the volume. He did not touch the index, as it was not suitable for his purposes for two reasons: first, because he needed more than five specimens of any manuscript to be included in the dozens of portfolios of "Fifty Original Leaves", and second, because he doubtless wanted to use the manuscript due to the unusual page-layout of the main text.

The textual identification had already been made in James A. Corbett, Catalogue of the Medieval & Renaissance Manuscripts of the University of Notre Dame (Notre Dame and London, 1978): 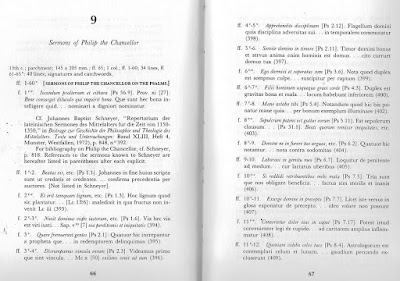 Both catalogues transcribe the incipit provided by von Scherling (but with "psalterium" instead of "psalterio", which was obviously a typo):

The Gura catalogue adds a certain amount of detail to the earlier one, including two items of provenance:

which are explained in the bibliography:

The [1805] Laruelle catalogue is available online, but I had some trouble deducing that "no. 47MSVF" in the above citation means item 47 in the section devoted to Manuscripts on Vellum, in-Folio:

Since there are no identifying details in this very brief description to suggest any link between the Laruelle mansucript and the von Scherling-Ege-Notre Dame one, the connection is presumably provided in the Rosenthal catalogue cited, but as I do not own a copy, I cannot check that at present.

But I am suspicious: if the text was correctly identified in the 1805 Laruelle catalogue, and there was some evidence in the volume linking it to the Laruelle collection when Barney Rosenthal owned it in 1961 (a catalogue clipping, perhaps?), how can von Scherling and Ege both have overlooked this information? Indeed, von Scherling would doubtless have cited the Laruelle provenance if he had known it, and he specifically states that the manuscript contained an incorrect identification:

I will try to track down a copy of Rosenthal Catalogue 12, and update accordingly ...