The Provenance of the NYPL-Duke Bible 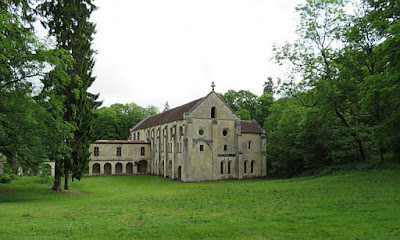 Before turning to its origin, what is known about the later provenances of the Duke and NYPL volumes? In brief, they are as follows:

Duke University, Latin MS 32
So much for the post-medieval provenance of the manuscript. The most interesting thing about the Duke volume is that its origin is known with a very high degree of probability, because it opens with a calendar that is securely localisable and closely datable.

Unlike most calendars, which allow a single line for each day of the year, this one often allows several lines of text to a single day, in order to include daily liturgical information such as the incipits of collects, antiphons, and versicles. Gradings are up to 12 lections, indicating monastic Use. Each month continues from the preceding one without starting a new page: 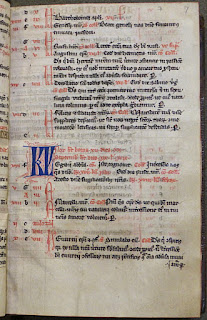 Almost all feasts are in plain brown ink, with red reserved for the liturgical rubrics and for a few of the most important feasts of Christ and the Virgin and and a very few others (Epiphany, Annunciation, John the Baptist, etc.). The only exception to the plain colour-scheme is that two feasts of the Virgin -- the Nativity and Assumption -- are in gold:

Among the plain brown feasts are several Cistercian ones (Bernard, Robert, Malachi, Edmund, et al.), and at 6 June is the "Dedicatio basilice sancte marie de valle", with 12 lections "xii. l.'":

presumably referring to the Cistercian abbey of Notre-Dame du Val (whose ruins are shown at the top of this post), in the Ile-de-France, north of Paris. 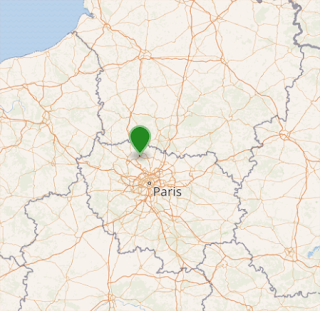