William Ablard and the Shaftesbury Psalter

In October 2012, when complete digitisation of the Shaftesbury Psalter (BL, Lansdowne MS 383) had been put online, the provenance included this:

I suspect that this was taken directly from the Catalogue of Illuminated Manuscripts:

Here is the inscription:
I did a little fossicking among genealogical sources and sent the BL an email:

"A William Ablard was baptised at Skendleby, Lincs., on 30 April 1615; his father's name was also William; the latter is presumably the person who wrote in Lansdowne MS 383."

This extra information has been incorporated into the description that accompanies the manuscript in the Digitized Manuscripts section of the website,

and also in the official BL catalogue description,

but not, more than three years later, the description in the Catalogue of Illuminated Manuscripts.

As an aside, this inconsistency is worth pointing out, because it has serious ramifications. The Catalogue of Illuminated Manuscripts descriptions (which have all been compiled in the 21st century) are usually far more up to date than the official online descriptions (which are based on old -- sometimes centuries old -- printed catalogues). But apparently there is no system in place at the BL to ensure that amendments to the 'old' official catalogue descriptions are reflected in the 'new' Catalogue of Illuminated Manuscripts. When a user encounters a discrepancy between different online BL descriptions for a manuscript, they will not know which one is the more recent or reliable. And because the BL does not cite the sources of its information (such as my note about the two William Ablards) the user has no way of knowing where it came from, whether it is reliable, or how to verify its accuracy.

With the passage of a couple of years we can now find more about William Ablard online.

Alumni Oxonienses 1500–1714 is now available, and this shows that a man named William Ablard received his B.A. from Magdalen Hall in 1600:
The Clergy of the Church of England database (CCEd) provides an outline of his ecclesiastical career:
A William Ablard married an Anne Salman at Haltham-on-Bain, about 15 miles west of Skendleby, in November 1603. 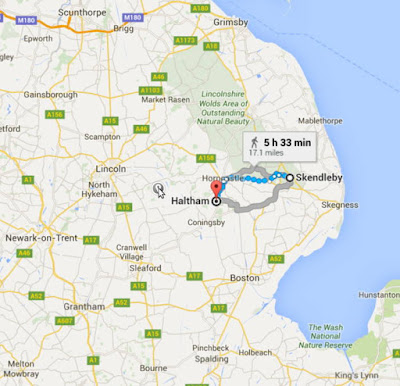 A daughter, Anne, of William Ablard, was baptised nine months later in August 1604, also at Haltham-on-Bain, and several more children of William Ablard were baptised at Skendleby in the following two decades:
While all this puts a little flesh on the bones of the bare name and date written into the manuscript, it does not tell us where or from whom William obtained the Psalter. It is likely, however, that in 1612, when he wrote his name in the book, he was mainly or continuously in Lincolnshire.

A William Ablard is recorded as dying in Lincolnshire in 1645. If this is our man, as seems likely, he apparently no longer owned the manuscript at his death; by 1627 it was apparently owned by Dorothy Berington: The only likely candidate I have found for this owner is "Dorithy" Barrington, wife of Thomas, who had a daughter baptised in September 1639 at Theddlethorpe St. Helen, just 15 miles north-east of Skendleby: 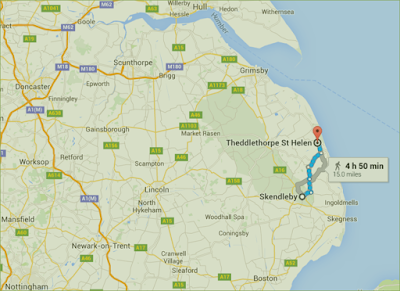