Evidence of Another Pair of Medieval Reading-Glasses, in Brooklyn

On a recent visit to New York I looked at some of the manuscripts at the Brooklyn Museum. Among the more interesting ones is MS 19.74, with decorative motifs free-floating in the margins, in the manner of manuscripts illuminated by the Master of the David Scenes [1], such as these, accompanying the gospel extracts at the beginning of the volume: 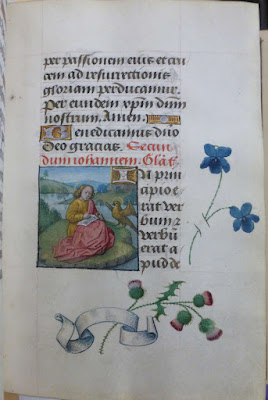 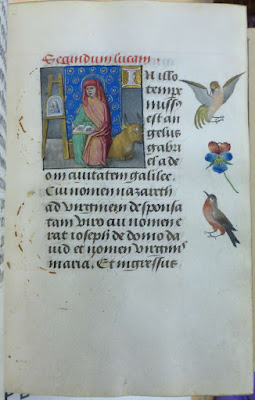 The second of these images shows some circular brown marks towards the inner margin. I imagined that they might have been caused by something like pilgrim badges, but did not give them serious thought until I got to the suffrages at the end of the volume: 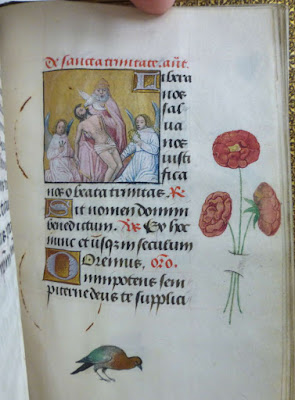 when I realised that the marks on this page, and its facing page: 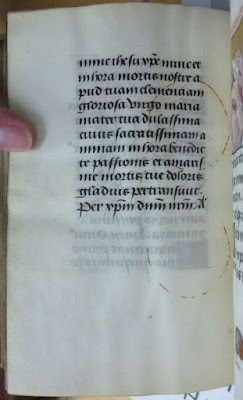 must have been made by a pair of metal-framed reading glasses, in exactly the same way as described in a previous post.

For someone who needed glasses to read, and who probably owned only one book, it made absolute sense to use his/her pair of glasses as a bookmark, so that they would never forget where they had left their glasses and would not lose the place they had reached in their reading.