In a previous post I mentioned that the the newly-recognised cuttings from a Missal of Pope Leo X have a "companion" in New York.

At the Morgan Library and Museum is a Preparatio ad missam manuscript (MS H. 6) with a full-page frontispiece depicting Pope Leo X:
The date 1520 ("M.D.XX"), and his name ("LEO .X. PATRIA FLORENT. PO[N]T. M." are written on the dais on which his throne is placed: 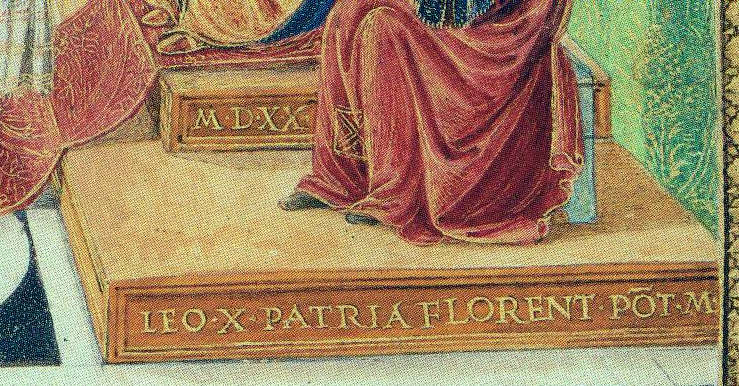 This frontispiece faces the start of the text with a heading in gold against a blue background, a full border, and historiated initials:
The wording of the heading, "Quando pontifex parat se ad celebrandum ...":

and the fact that the manuscript is complete in 19 leaves, allows us to believe that it is the book recorded in an 18th-century inventory of the books in the pontifical sacristy, described as a "Canone à Preparazione di Leone X" with 19 leaves, and illuminated on the first, second, and all the other leaves (see Roger Wieck in The Painted Page: Italian Renaissance Book Illumination 1450–1550, no.4 p.56).

This is relevant for our purposes because the Morgan manuscript must have been en suite with that from which the Vassar-Wildenstein-Wildenstein-Antiquus cuttings come, as details of a few of its initials clearly show: 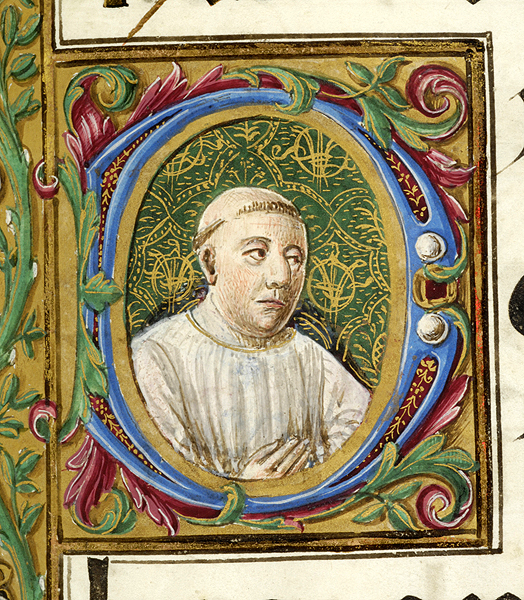 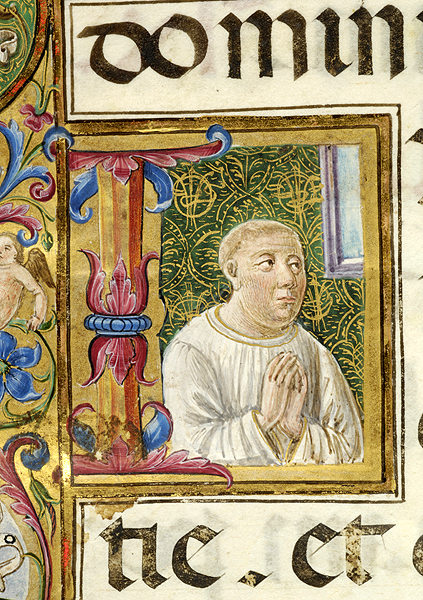 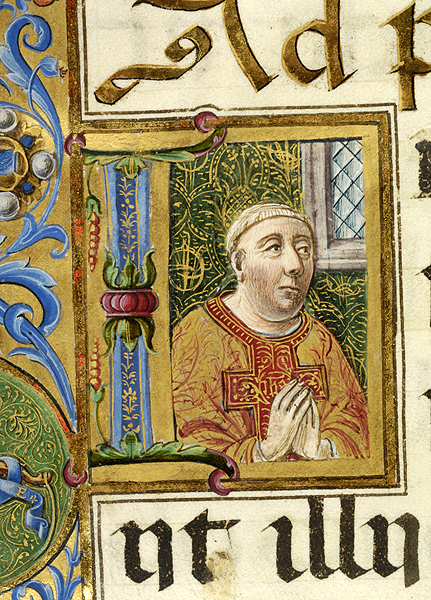 We see the same priest and the same leaded window, although instead of the red embroidered wall-hanging (see below) we seem to have a green painted walls decorated with the triple-feather device of Leo X. The initials in the Morgan manuscript show various stages in a priest's preparation for mass, while the Vassar, Wildenstein, and Antiquus cuttings show the performance of mass:


Not only does the comparison allow us to attribute the cuttings to the illuminator Attavante, but it allows us to date them to c.1520, the date of the Morgan volume.

It is possible to deduce a certain amount about the appearance of the cuttings' parent volume, and this will be the subject of a future post.
Posted by Peter Kidd at 08:41