New Cuttings From a Missal of Leo X, Illuminated by Attavante c.1520 [Part I]

In preparation for a visit to manuscript repositories within a few hours drive of New York city, I contacted Vassar College Library's Special Collections. They have a online listing of their leaves and cuttings, which included this tantalizing description:

I enquired about this and other items, and was kindly sent images by Ronald D. Patkus, Head of Special Collections and Adjunct Associate Professor of History, and Dean Rogers, Special Collections Assistant. I was not at all prepared for what I received: 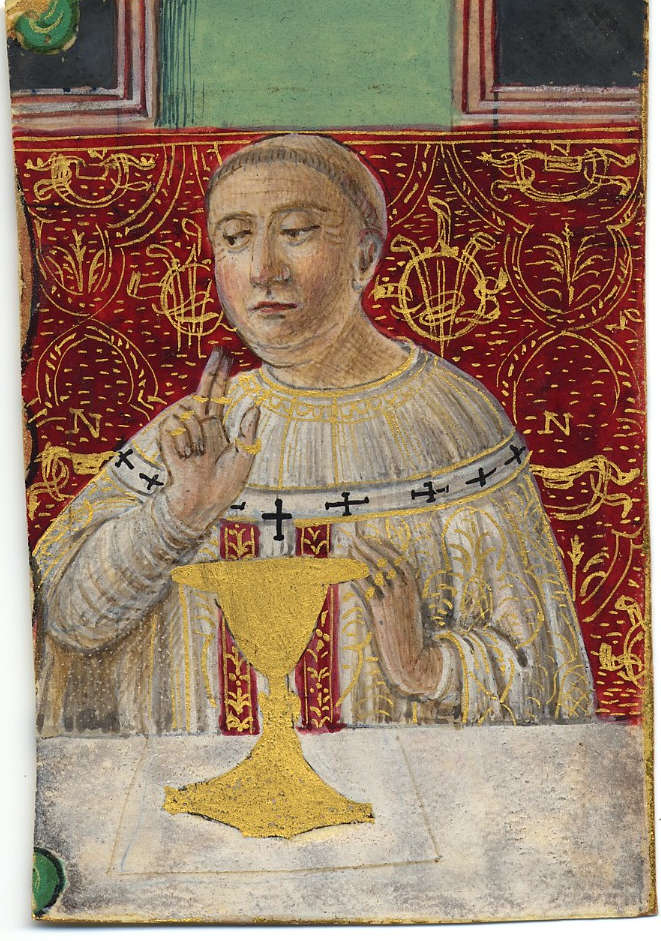 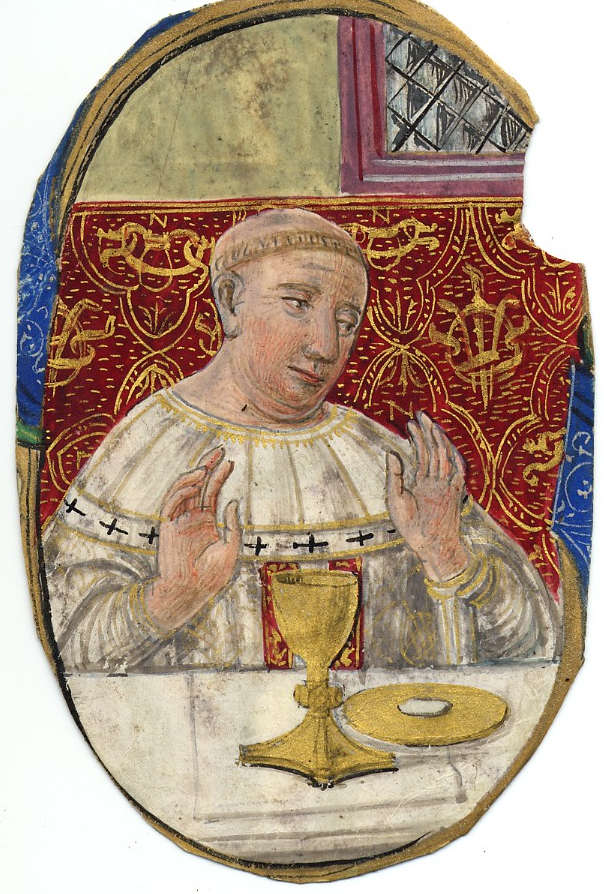 The background of each image has what is presumably a red cloth wall-hanging, embroidered in gold with devices of Giovanni di Lorenzi de' Medici (b.1475) who became Pope Leo X (1513–21), including the three feathers within a diamond ring, with a scroll: 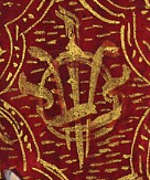 which in other manuscripts often has the motto "SEMPER" on the scroll:

The gold-embroidered red cloth hangings also have a yoke with the letter "N":

which in other manuscripts often has the motto "Suave":

Having recently done a post on the Wildenstein collection in Paris, I realised that the two Vassar cuttings have a sibling there, with the same priest at the same altar in the same room with the same wall-hanging and same leaded window: 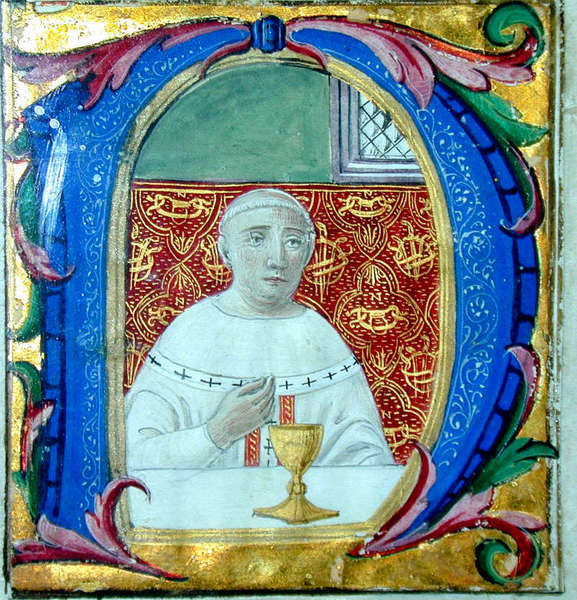 There are many cuttings and leaves from papal manuscripts scattered around the world, but most can be traced back to the famous auction of the Abate Celotti at Christie's, on 26 May 1825, always cited as the first ever auction dedicated solely to illuminated cuttings and leaves: 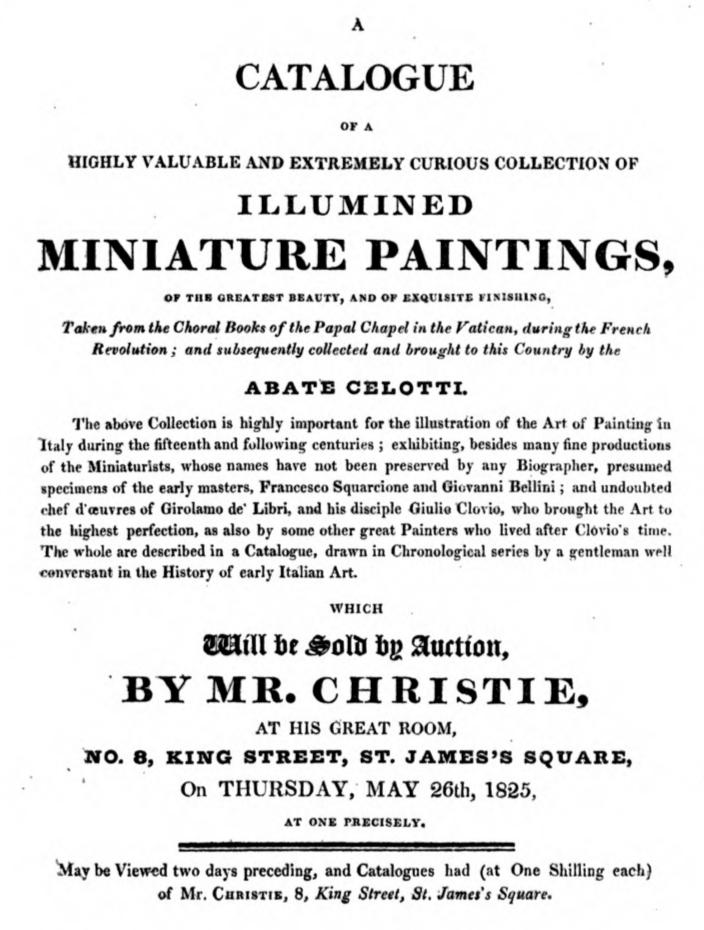 Modern scholars often state that the cuttings and leaves had been looted from the Sistine Chapel by French soldiers, but it may be significant that this is not what the catalogue says; the "Advertisement" at the front of the catalogue states that they had been looted from the pontifical sacristy of the Sistine Chapel "during the French Revolution":

The Advertisement is signed by "W.Y.O.": 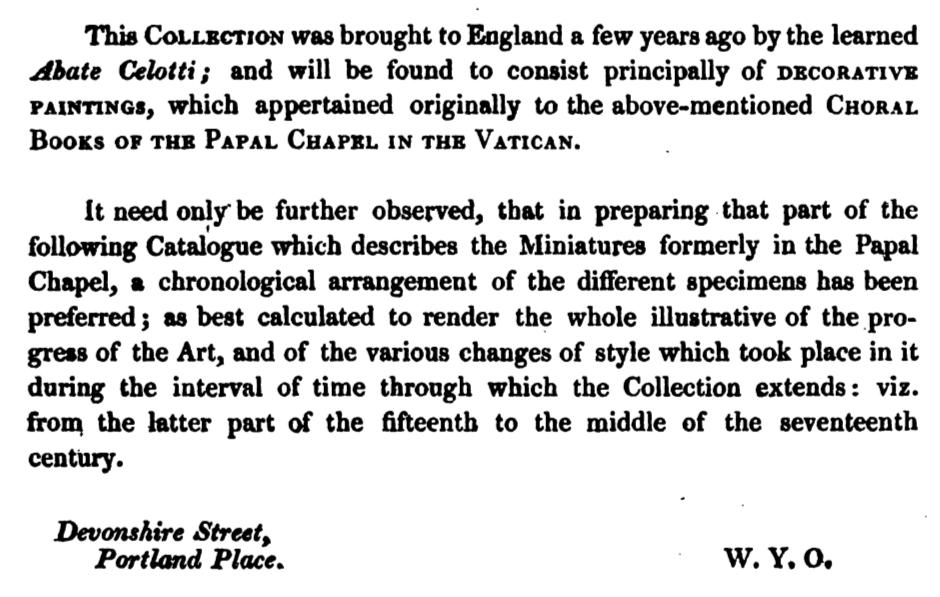 All interested parties in London would have known that this was William Young Ottley (1771–1836), Keeper of the Department of Prints and Drawings at the British Museum.

Ottley bought a significant number of lots at the Celotti sale, and they were in turn included in his own posthumous sale fifteen years later, in 1838: 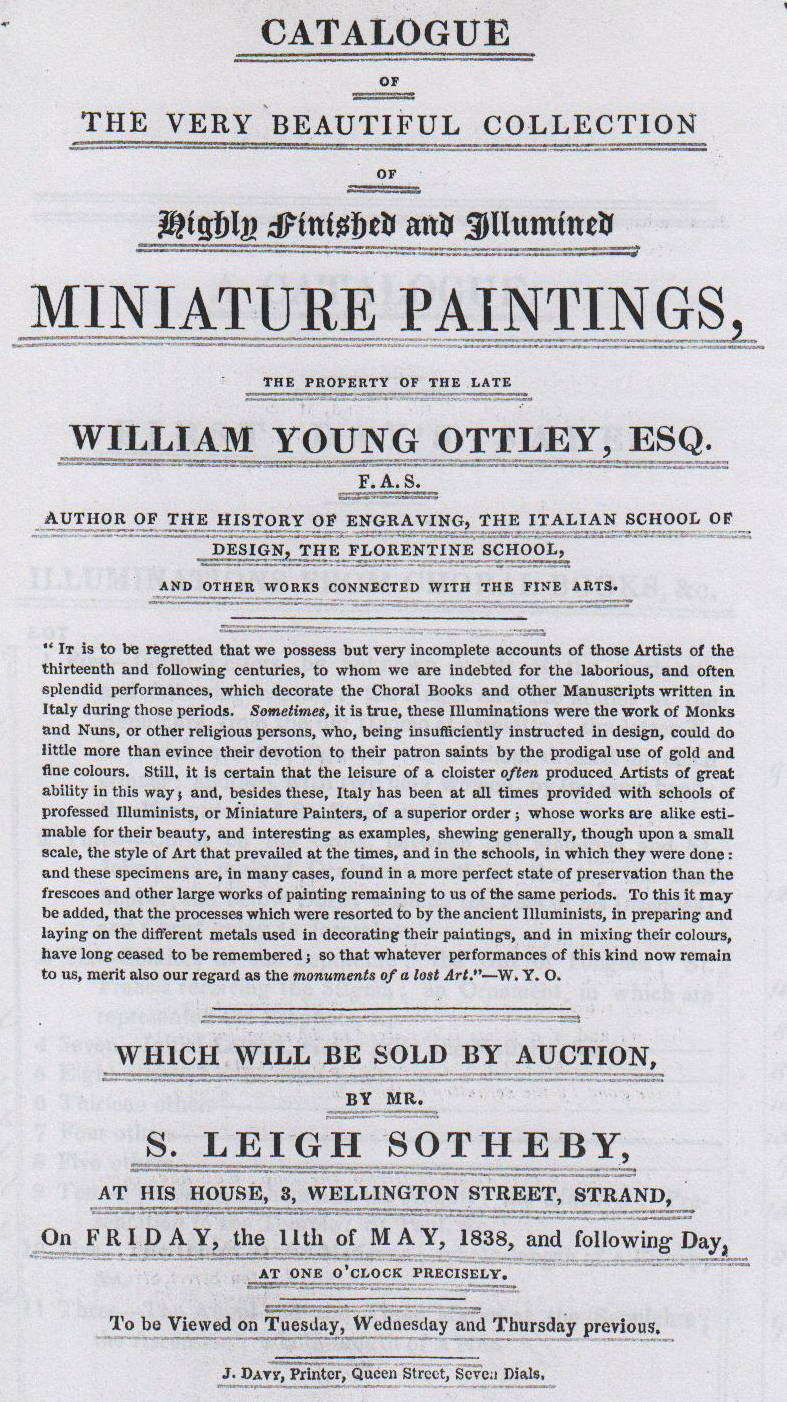 The present group of three cuttings can be identified as forming part of lot 219, or more probably 220:

"219  A sheet---Christ, with Emblems of the Passion, and seven small miniatures of Priests officiating at the Altar, enclosed in pieces of Border, with the Arms of Leo X.

220  Seven similar pieces of priests at the Altar"

I will save for a separate post a discussion of the subsequent provenance of these cuttings; the parent volume; and its intact companion, which is now at the Morgan Library and Museum in New York.
Posted by Peter Kidd at 08:33