The Bible of Louis de Harcourt (d.1479), Patriarch of Jerusalem and Bishop of Bayeux

In a few weeks' time a well-known dealer will open an exhibition of manuscripts at his gallery in central London. He tasked me to check and revise the existing descriptions, and I undertook to amplify them with new research where possible. This led to some satisfying discoveries, some of which I may post about in the coming weeks.

One of them arose from my recent investigations for this blog of the manuscripts in the 1926 Brölemann-Mallet auction catalogue, several of which were bought by Messrs William Permain for William Randolph Hearst. 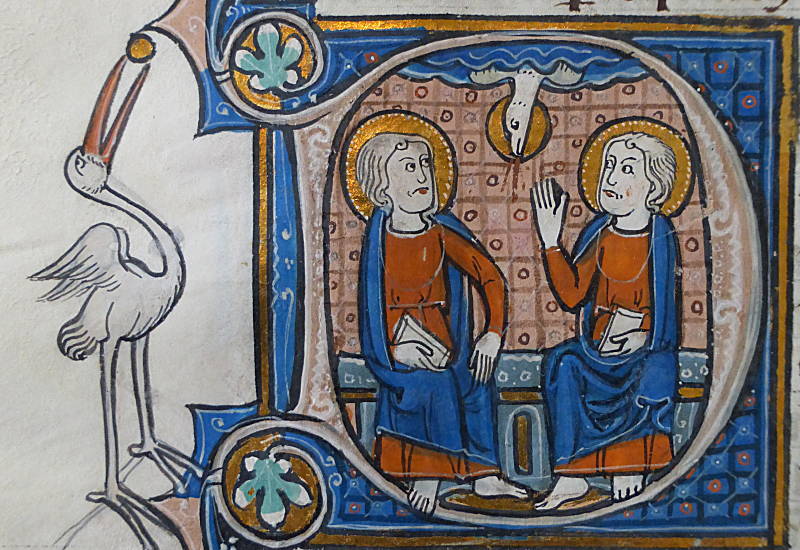 One of the manuscripts in the exhibition is the first half of a French, presumably Parisian, Bible. It is unusually large, at about 310×215mm, with a series of large historiated initials and extensions that partially occupy the margins: 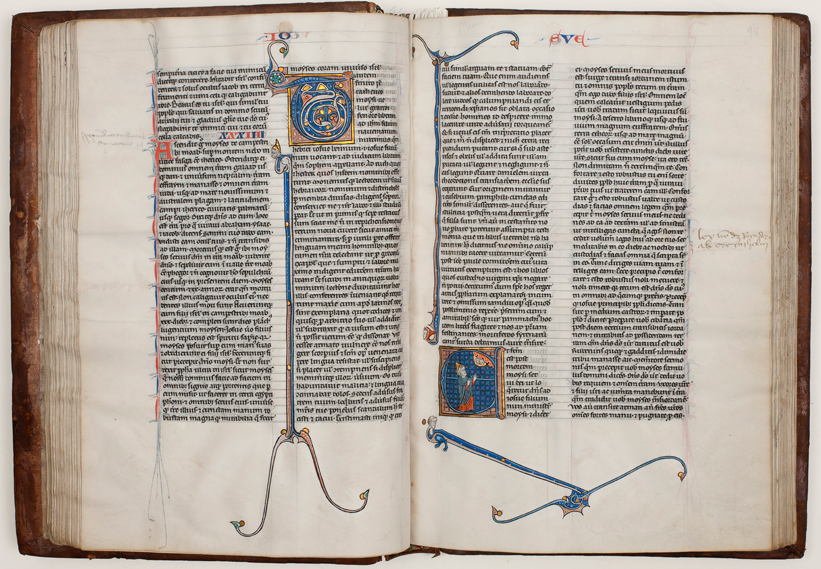 One of the most distinctive things about it is the large number of marginalia written in ink in fairly large cursive script: 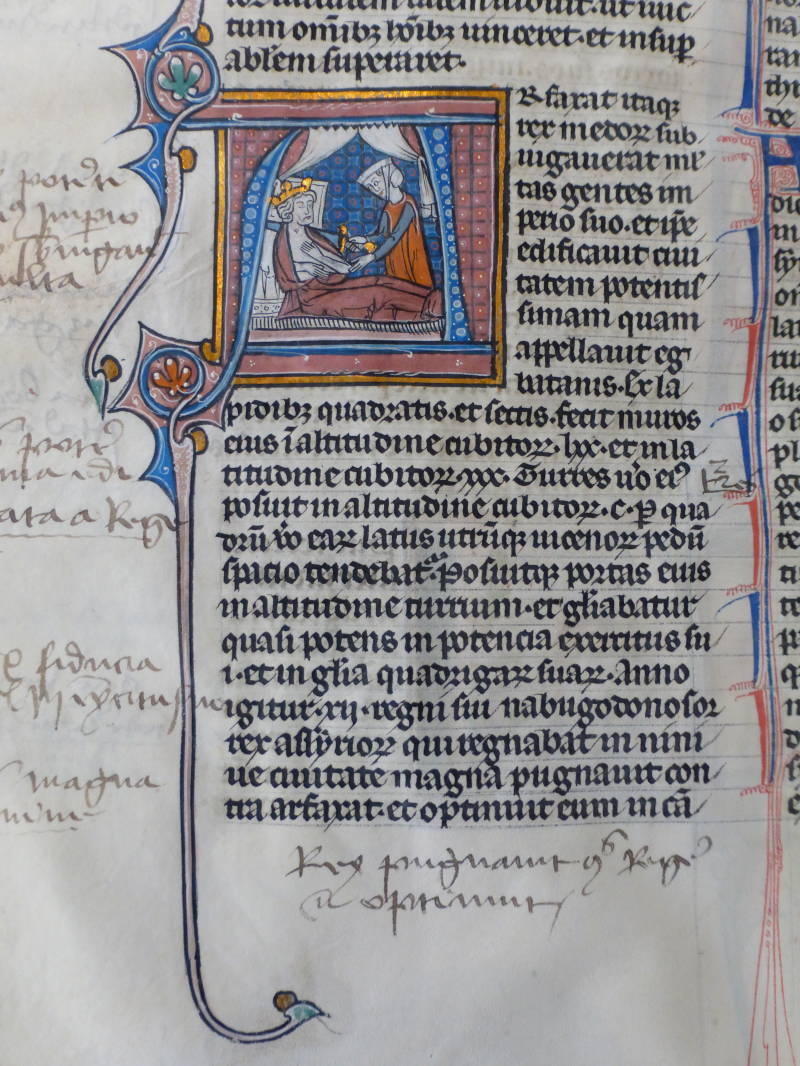 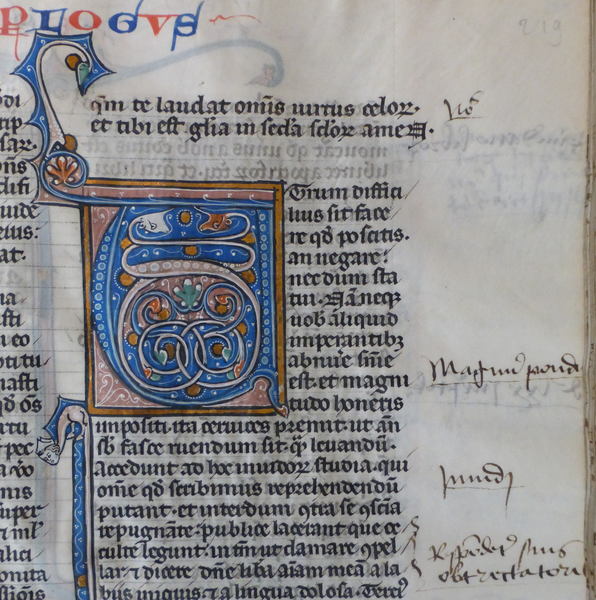 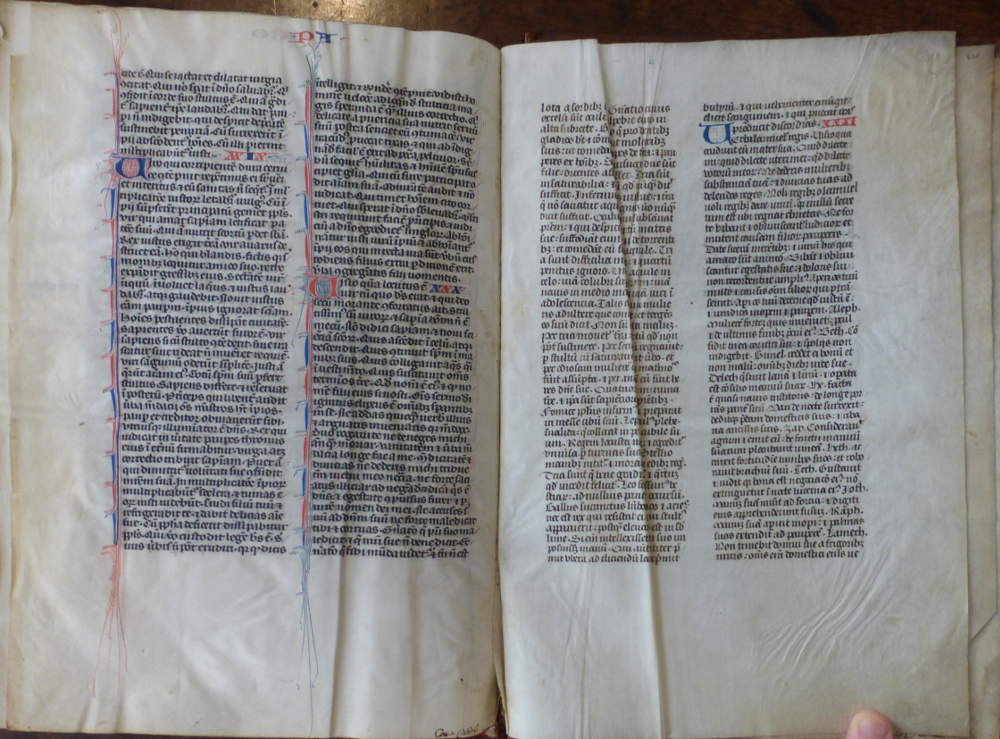 So either this was always a two-volume Bible, of which the last last leaf of the first volume got lost and had to be replaced; or else it was originally a one-volume Bible of which the leaf with the end of Proverbs ended up in the second volume when it was re-bound as two volumes.

There is no obvious indication of the provenance volume other than the anonymous marginalia mentioned above, and some anonymous French 18th(?)-century dealer's notes on the pastedowns:

While looking at the Brölemann-Mallet catalogue, however, my eye was caught by this reproduction: 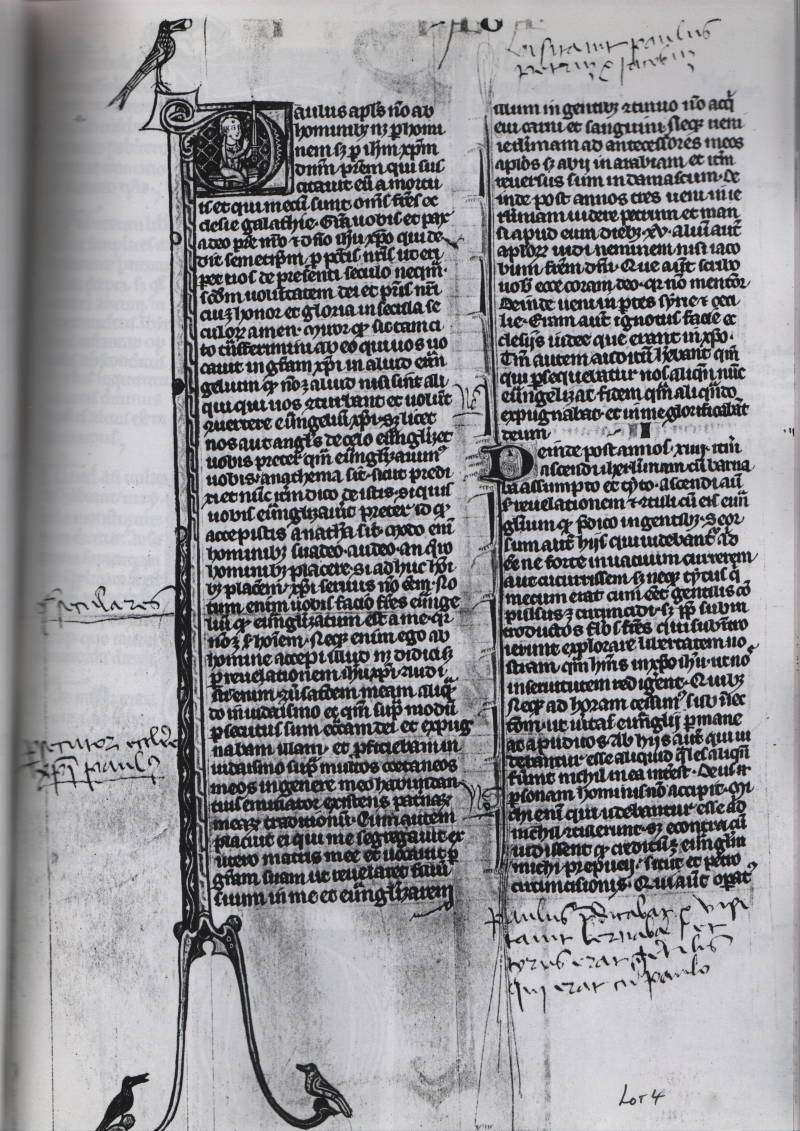 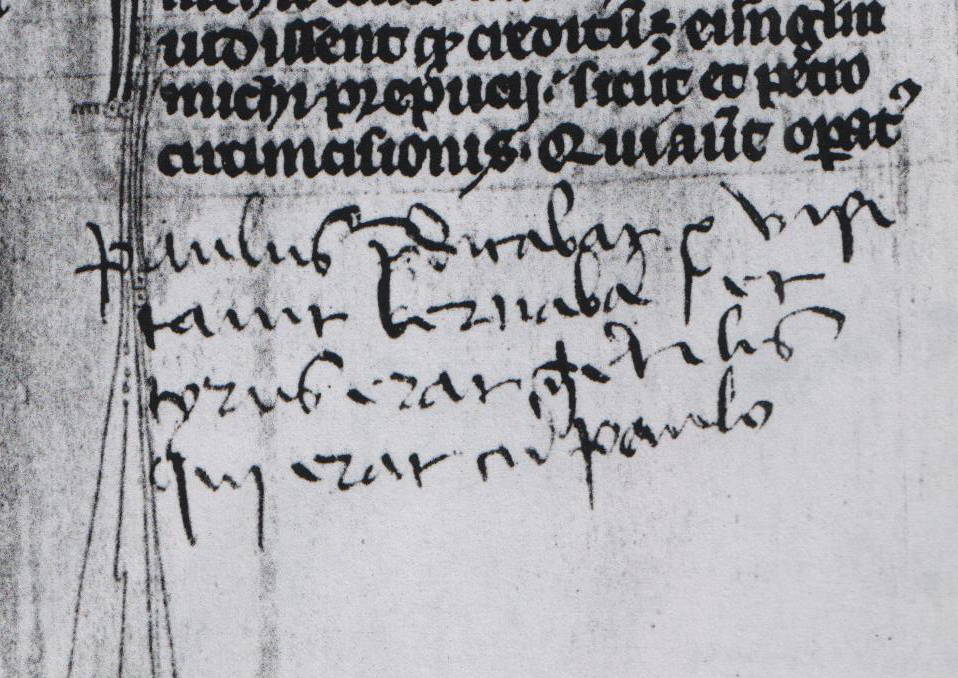 Looking at the description of this Brölemann-Mallet volume, it became clear that they were indeed once part of a single volume: the first leaf of the second volume contains the part of Proverbs that is missing from the first volume, and everything else matches: script, decoration, dimensions, number of lines per page, etc.

The catalogue includes another reproduction of the volume, and this shows interesting added late-15th-century heraldry and decoration: 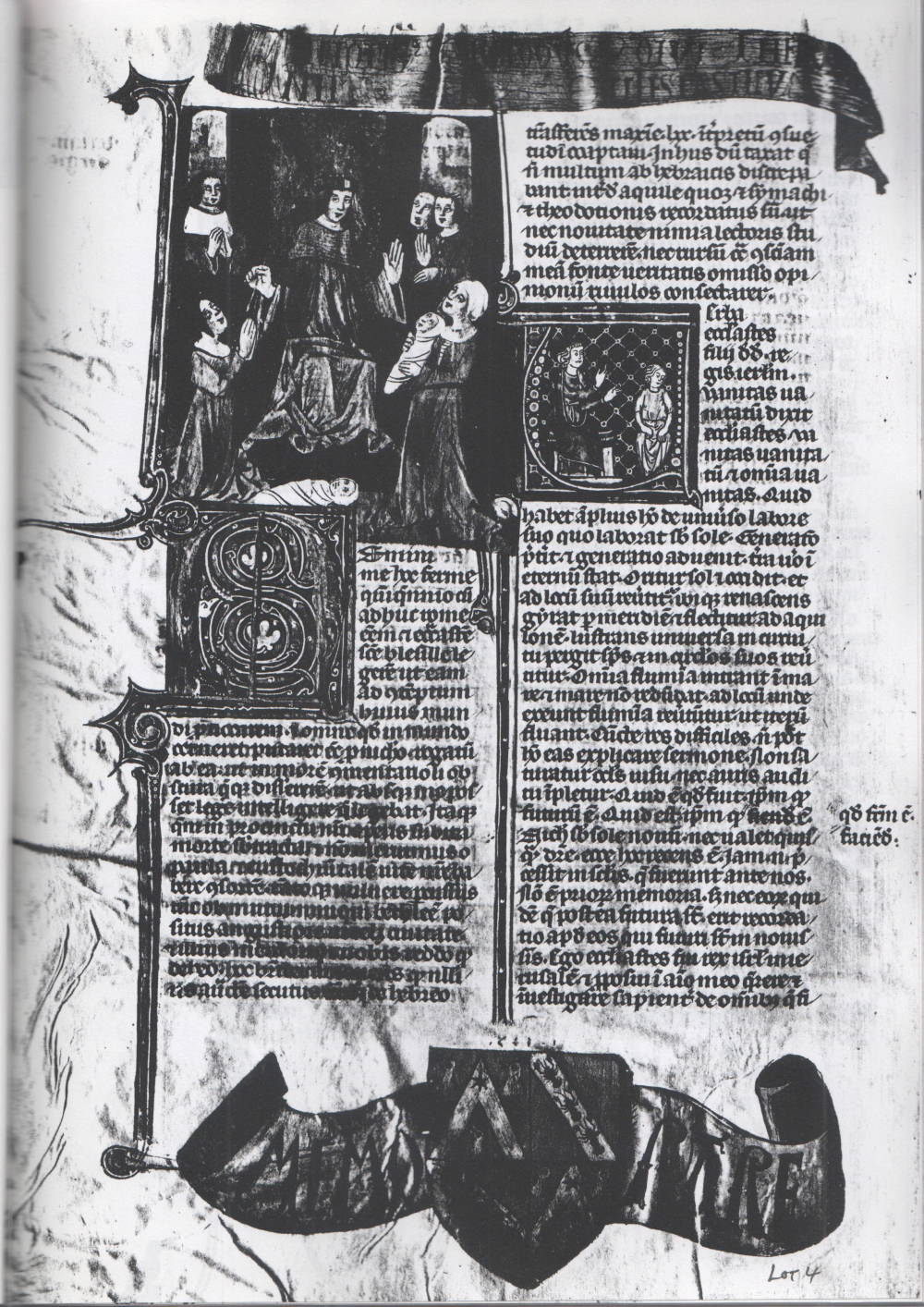 This is fol.1v: the large miniature of the Judgement of Solomon to the left of the historiated initial was inserted to obscure the very end of Proverbs: 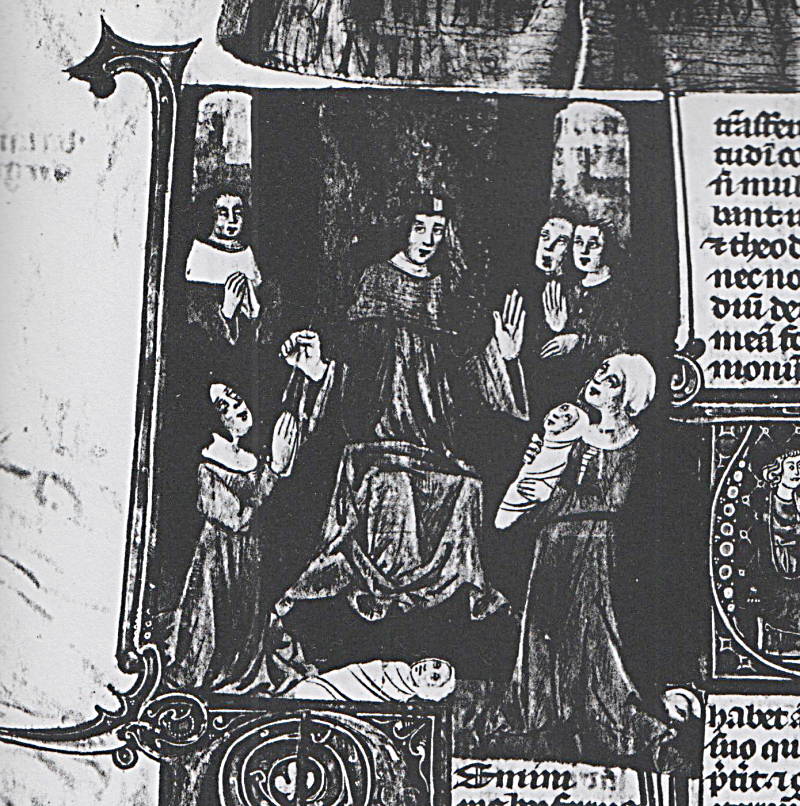 Here is a detail of the heraldry added in the lower margin (I have not been able to identify the family to which it belongs):

Fortunately I had annotated my photocopy of the catalogue with the present location of the book: it is now Harvard University, Houghton Library, MS. Typ 239. There are no images online yet, but there is a bibliography and a brief catalogue description. Between them, these allowed me to reconstruct the late medieval provenance of my volume as follows:
Laura Light subsequently looked at the Houghton volume, and kindly confirmed for me that the binding of the Harvard volume (which I have not seen) matches the one now in London: 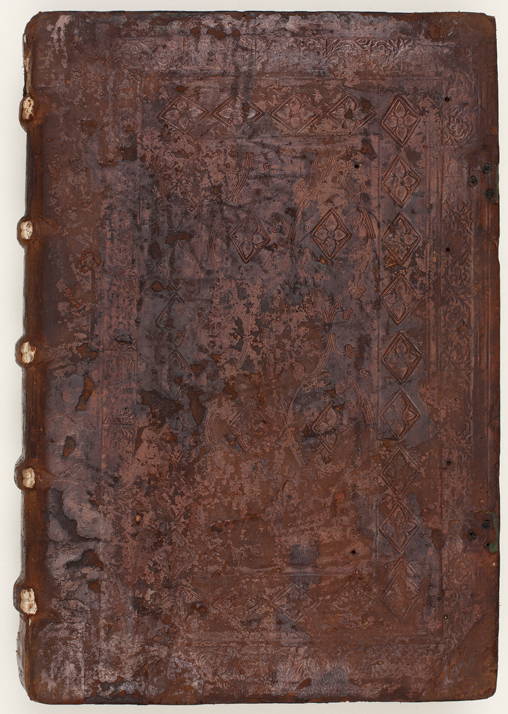 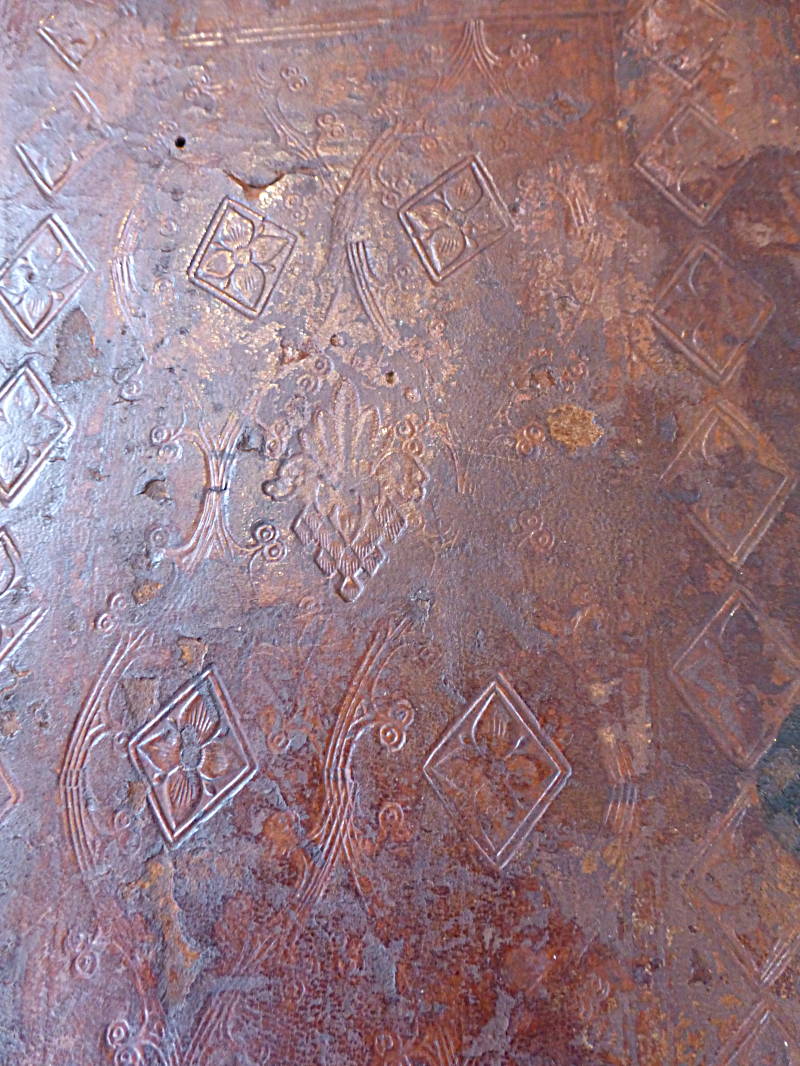 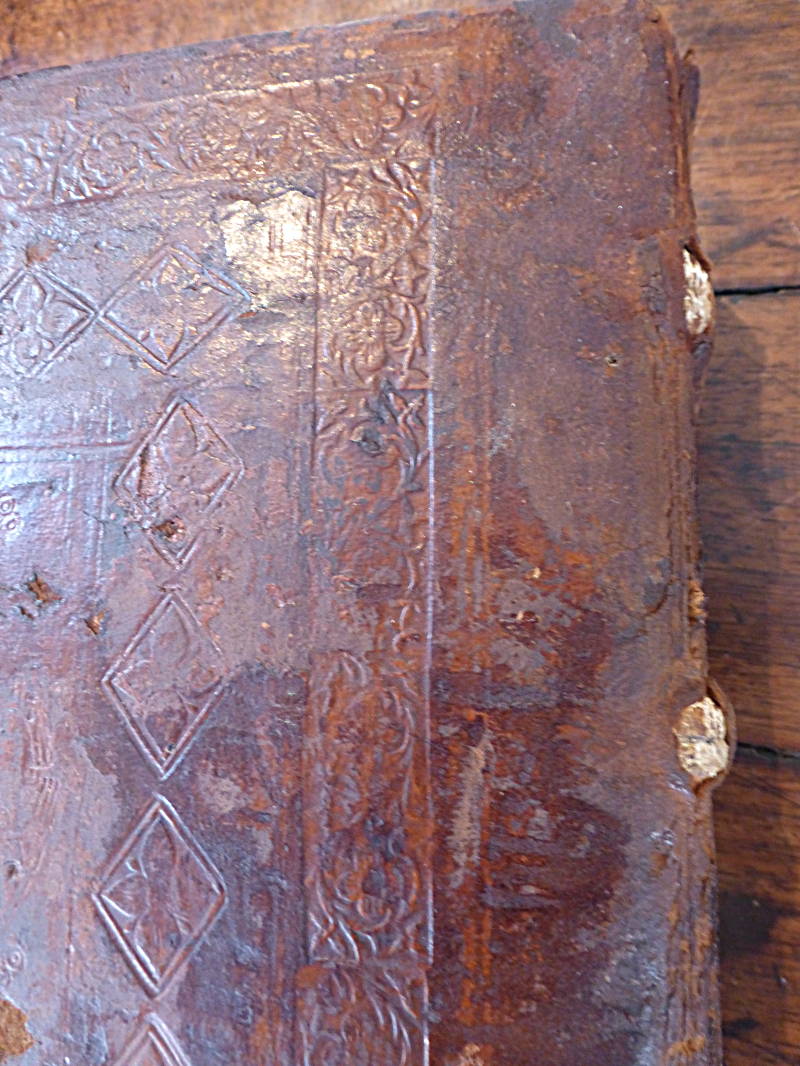