Otto Ege and other leaves at UC Santa Barbara

The University of California at Santa Barbara (actually a few miles west of Santa Barbara, near Goleta) has a small but interesting collection of medieval manuscripts in their library's Special Collections department, including a Reims Book of Hours and three Bibles, which will be the subjects of future posts.

The campus is right on the coast, making it a doubly nice place to visit: 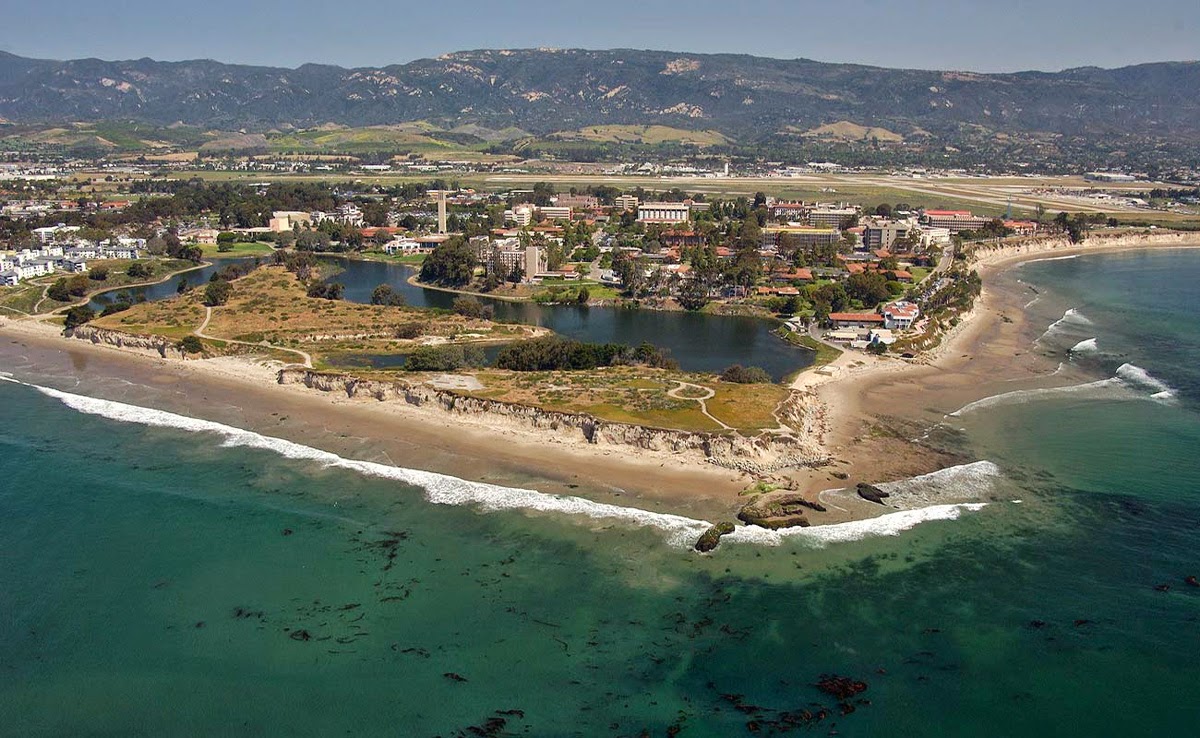 They also have a varied collection of leaves and fragments, some illuminated. Some, but not all, were described by Christine Rose, "Medieval MS Fragments at UCSB Library", Soundings: Collections of the University Library, vol.XVIII, no.24 (1987), pp.35-59. A listing of the majority of the leaves and fragments is available online and as a PDF from here.

The most handsome leaf has an historiated initial: it shows a sainted bishop (St Clement) kneeling on (green) ground, praying to and being blessed by the Hand of God in heaven, some laymen behind him, and in front of him a sheep or lamb standing on a blue rock, with a stream of water flowing from near its raised fore-leg: 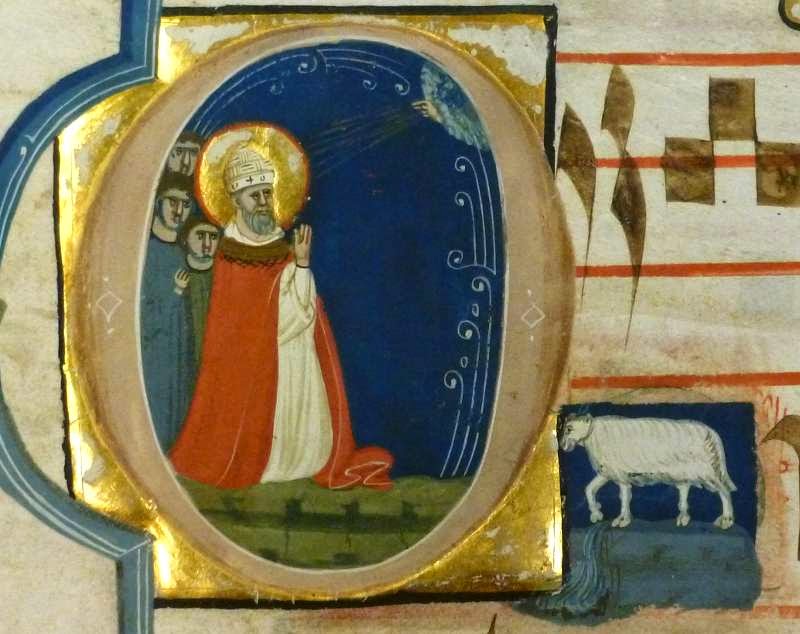 The image represents the legend that after St Clement was banished to marble quarries in the Crimea for not renouncing his faith, he quenched the thirst of his companions by (like Moses) striking a rock water and causing water to flow from it, having been led there by a lamb.

This is a comparable late 15th century depiction of the event:
The image is appropriate to the text, which begins

Given the story being depicted, the words "percut[iens?]" and "terram" doubtless refer to him striking the ground, and "egrediatur" to the water that comes out.

The smudginess around the lamb appears to be the result of having erased an initial letter "O" that had been placed there in error:
The recto of the leaf has the feast of St Cecilia (22 November), confirming that the Clement initial and text pertain to his main feast on 23 November:
Three other leaves at UCSB are easily recognised as coming from ex-Ege manuscripts (they are all now enclosed between mylar sheets, making them difficult to photograph):
One familiar non-Ege leaf comes from a mid 13th-century Psalter that was sold at Sotheby's, 24 June 1980, lot 53, and broken-up. It had an unusual ownership of Reims (cathedral?): "Iste liber est de fabrica ecclesie Remensis", c.1300, and another inscription of c.1500 "Iste liber est de fabrica ecclesie signiacensis" (possibly the Cistercian abbey of Signy, in the archdiocese of Reims).

The Sotheby's description reports that the calendar had specific Reims feasts including St Rigobert (3 January, "totum duplex"), his translation (14 June); St Arnulph (18 July) and Nichasius (23 July), both archbishops of Reims; and the feast of all holy bishops of Reims (7 July).

Other leaves are here , here, and this one was recently sold at Sotheby's: 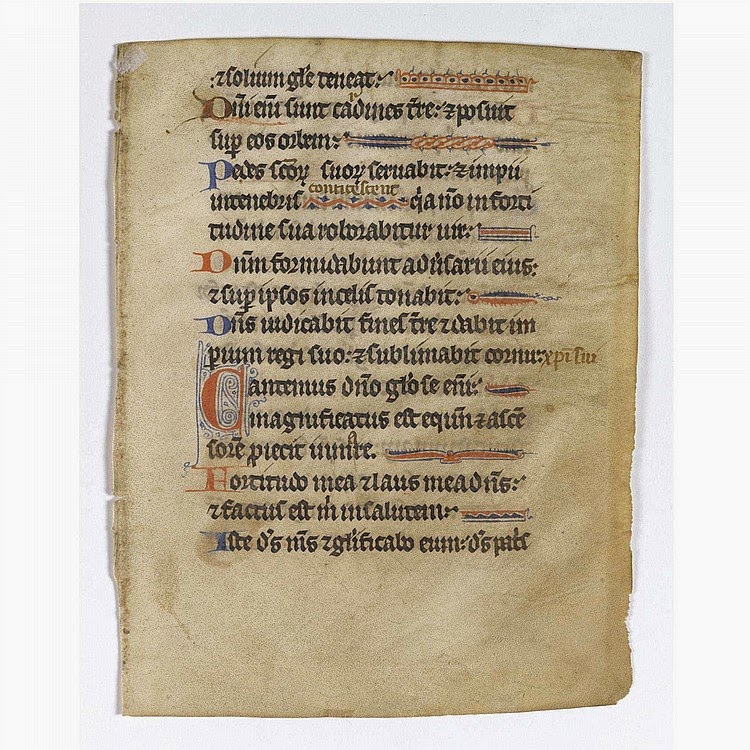