The Ege leaves in the Occidental College collection include: 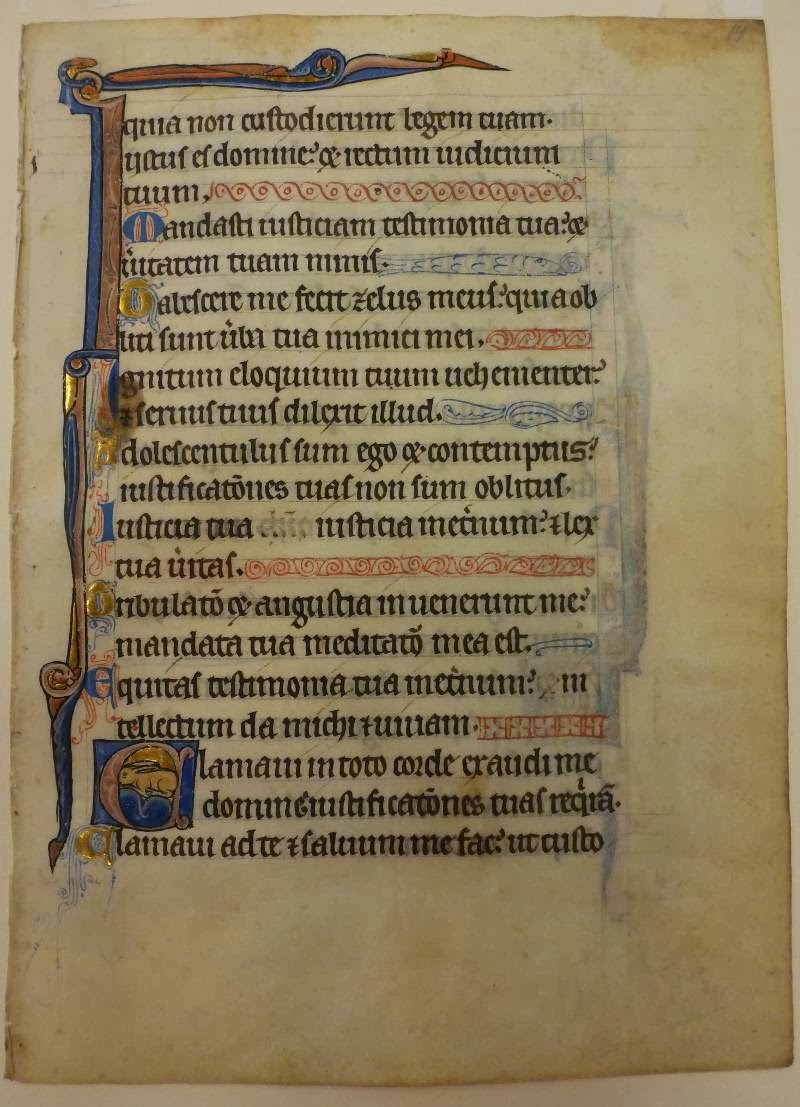 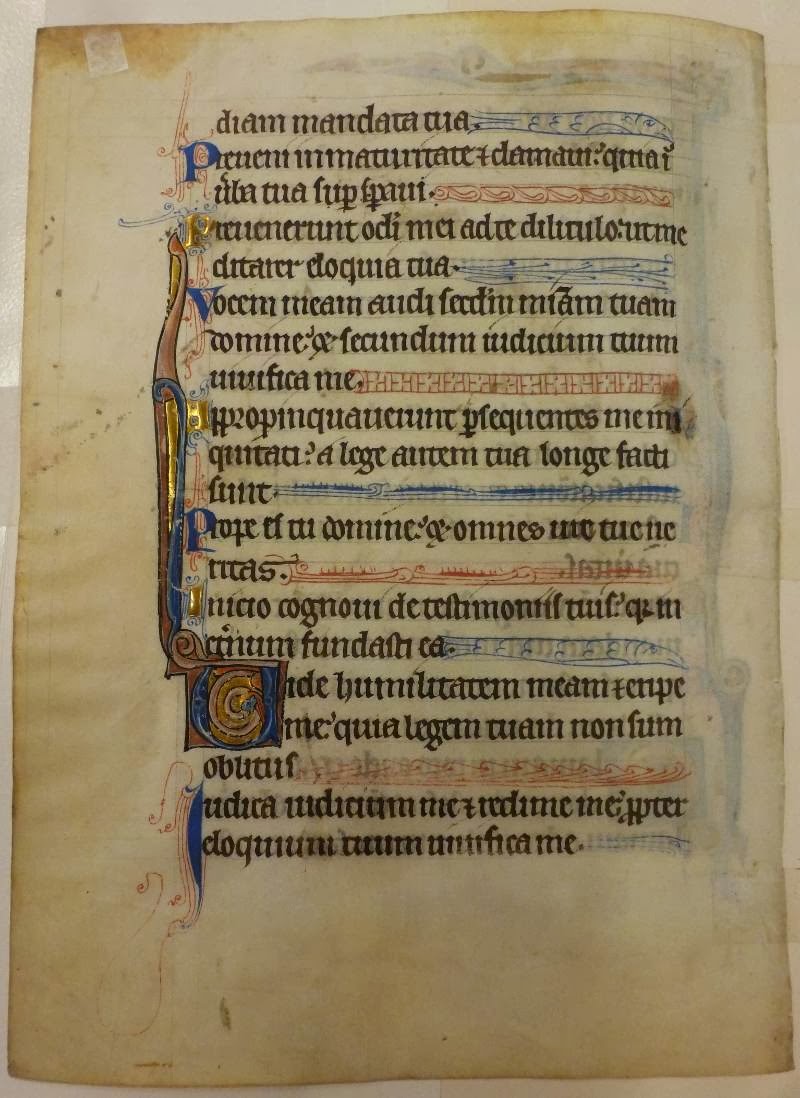 with a charming initial depicting a rabbit: 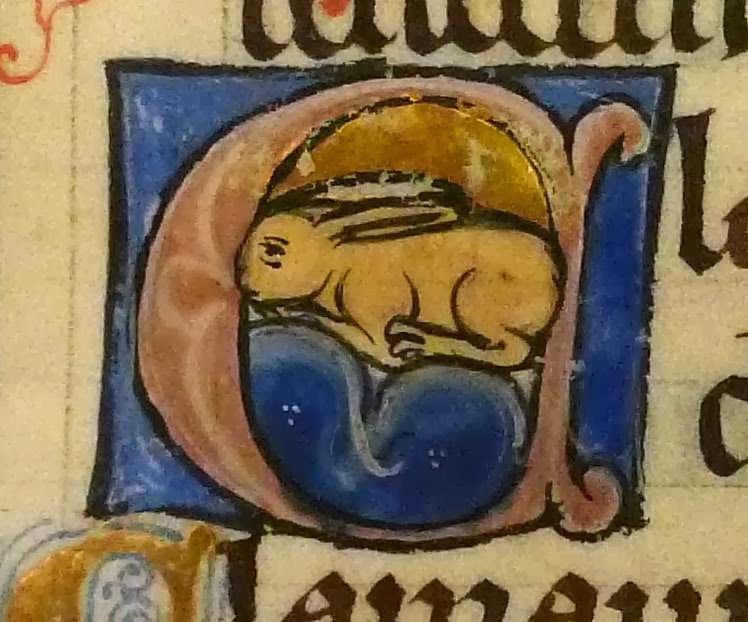 Another nice leaf from the manuscripts is on the Saskatchewan Ege website. 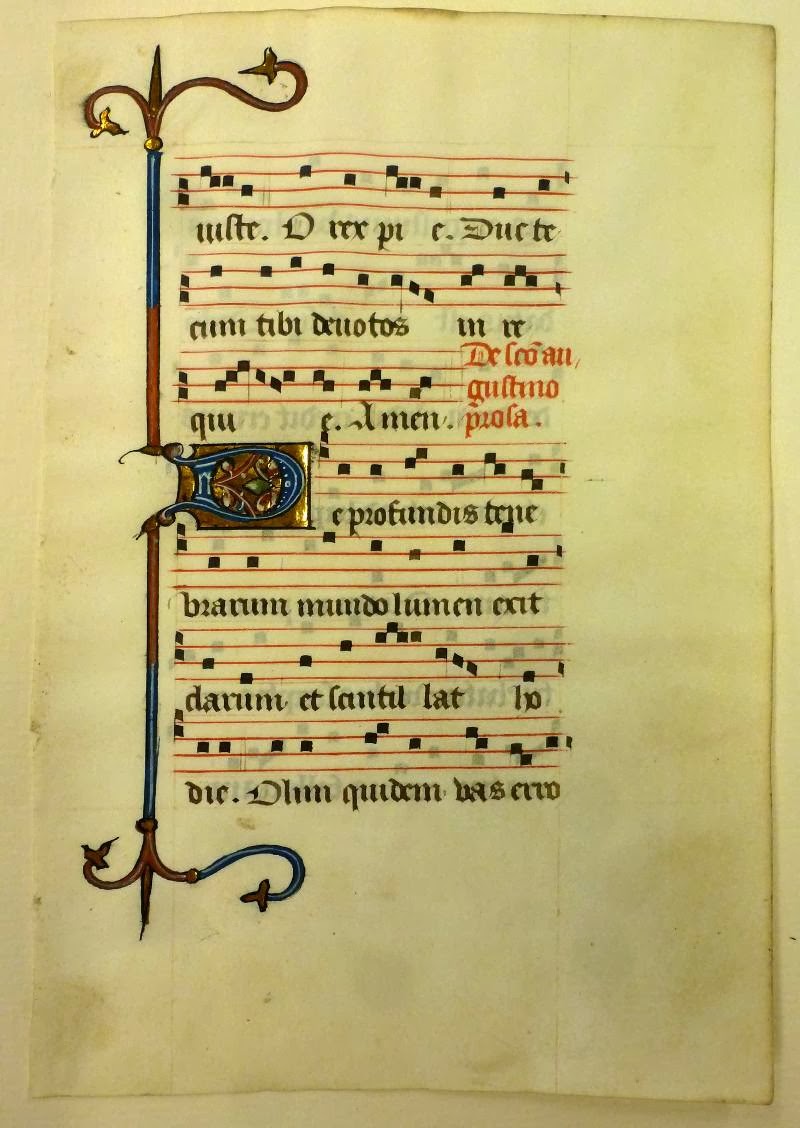 this does not have a red-ruled mount like many of Ege's (as discussed here) but it does have his standard printed label: 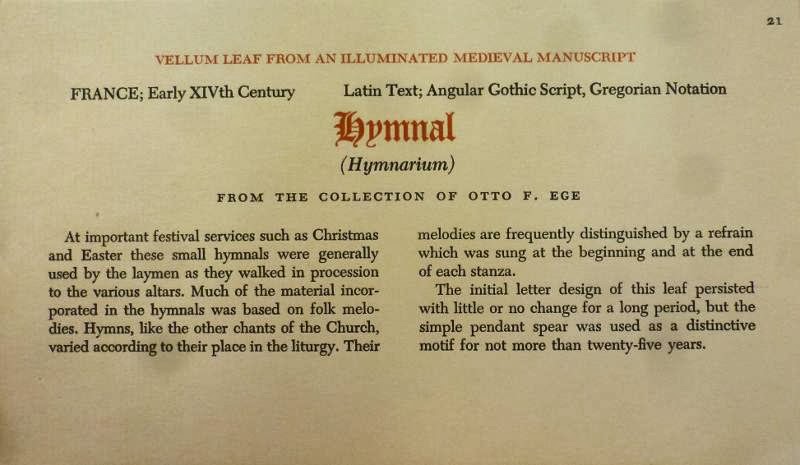 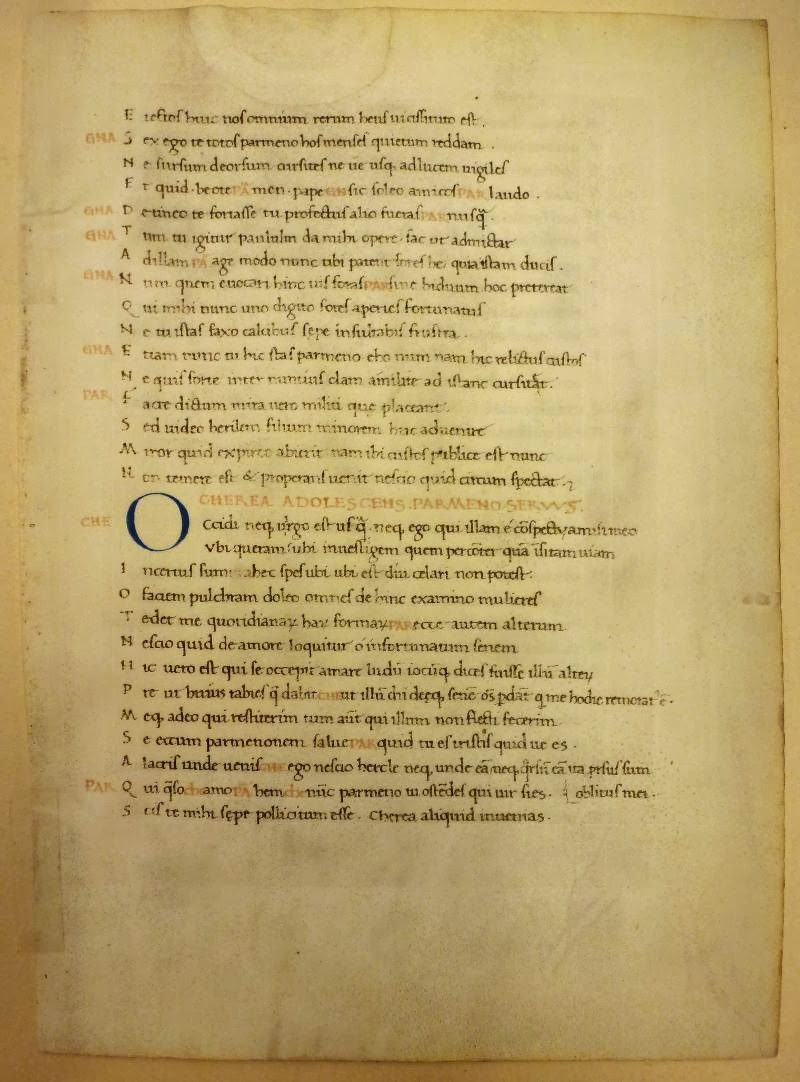 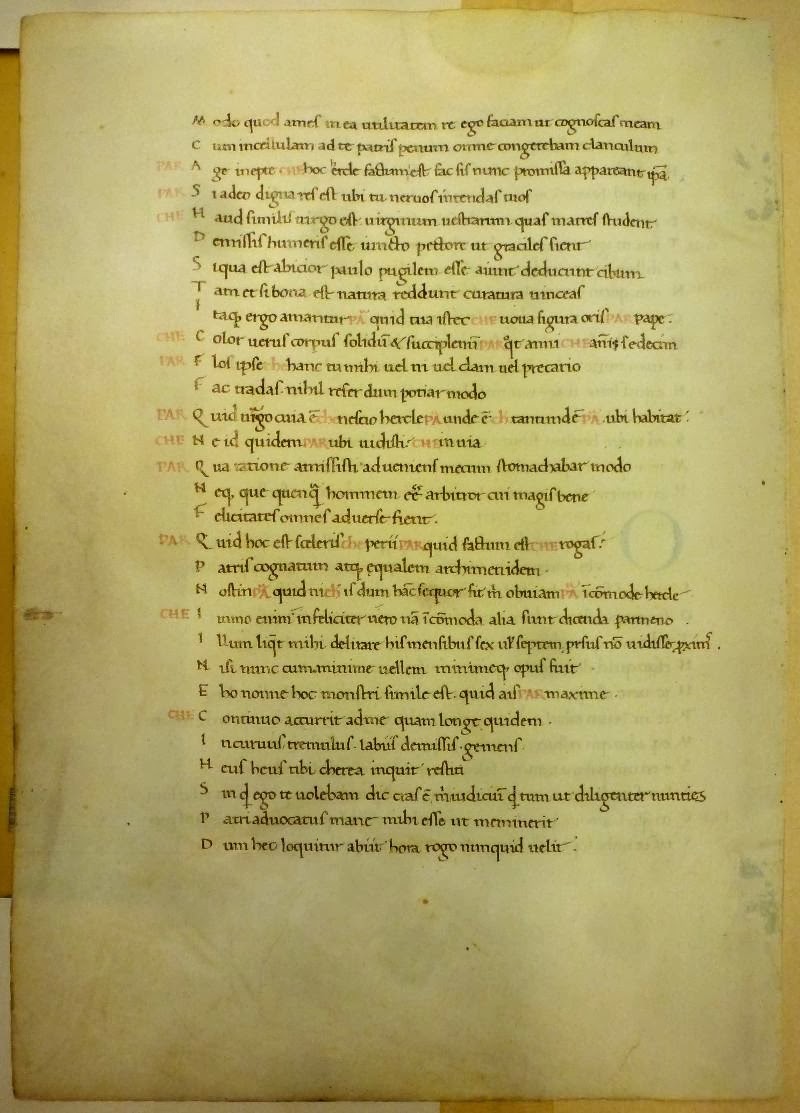 A number of other leaves from this manuscript are listed by Julia Boffey and A.S.G. Edwards, Catalogue of Manuscripts in the Library of the University of Colorado at Boulder (Binghamton, NY, 2002), pp.60-61 under MS Hayes 9; and a few are represented with images on the Digital Scriptorium website, e.g. here and here.

Ege has been the subject of several previous posts, which can be found by selecting his name from the word-cloud in the right-hand side of this page under the heading "Labels".
Posted by Peter Kidd at 09:31