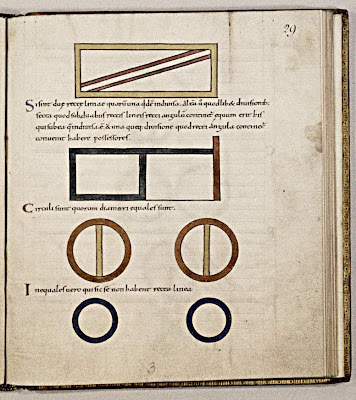 EDIT:
I have now had a chance to look at both manuscripts.

MS. Douce 125 has Swan's characteristic pagination and note of contents on a flyleaf, tree-calf binding,and flyleaves made of parchment sheets ruled in red.

MS. Douce 89, on the other hand, does not have the pagination or note of contents. It does, however, have a tree-calf binding with a very similar gilt roll around the edges of the covers, parchment flyleaves ruled in red, and it has an inscription on a flyleaf that appears to be by the same had as a flyleaf inscription in MS. Douce 125. Thus, it may not have been owned by Swan, but was probably from the same previous collection, and bound by the same binder as MS. Douce 125. This is not so unlikely as might at first appear: it is quite possible that a collector owned two MSS in, say, the 1780s, he died and they were sold in the 1790s when they were both re-bound, one for Swan, and one for someone else, and that both were acquired by Douce in the first decades of the 19th century.
Posted by Peter Kidd at 00:00