This can be read independently of Part I. If you have an interest in medieval manuscripts, academic publishing, copyright and "fair use", etc., I suggest you read the original blogpost (which has now been updated) as well.

MANY people on Twitter have provided various kinds of expertise and sleuthing skills, but I think I was the first person to notice, before 8am on Christmas Day, something curious about the London address of RECEPTIO: 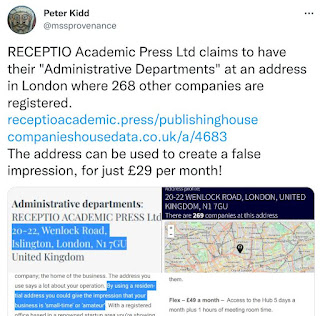 Here are the individual images I attached to that tweet: 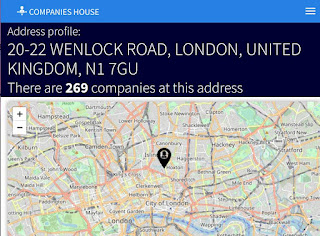 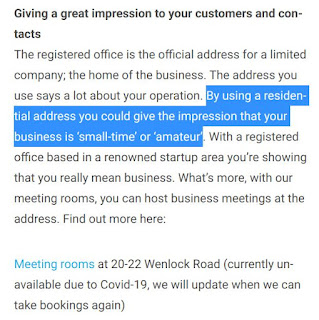 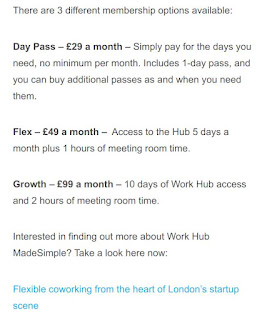 Most of the images used on the RECEPTIO website are either fake or deliberately misleading. Here for example, is their business sign (the filename is "fotocasaeditrice_JPG", Italian for 'publishing house photo'): 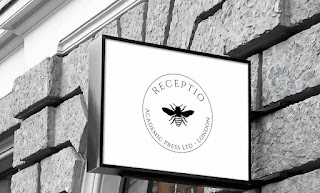 But this is just an edited version of a stock photo; here are other variants: 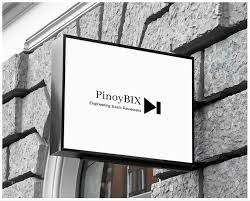 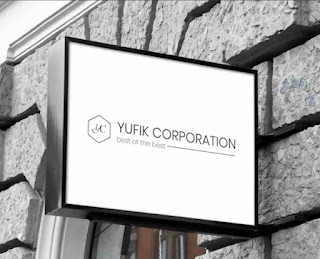 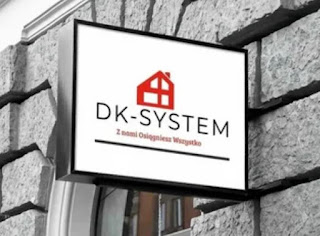 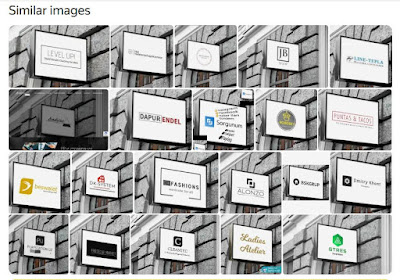 Other bloggers then found much more. The address is used by some disreputable companies who appeared in the so-called Paradise Papers [Wikipedia]. Not every company that used this address was doing anything illegal, but it is probably safe to suggest that most of them wanted to hide behind a fake/misleading London address which they could use for registering their company and receiving "official government mail". As the owning company website states, using such an address allows you to avoid appearing "small-time or amateur". In other words, to represent yourself as something else if you are, in fact, small-time or amateur.
As far as I can determine from the website, it is not possible to actually run a business at this address. Meeting rooms are available at £35 per hour, although they are "currently unavailable due to Covid-19".
Here is the front door on Google Streetview: 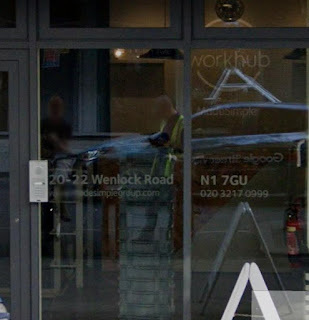 It seems to consist of a reception area on the ground floor, below five floors of apartments:
I was just about to add some misleading images from RECEPTIO's website showing their London Headquarters, but they seem to have been removed in the last few minutes. I'll add them here if they reappear ...
Ah! Here's one I had saved: 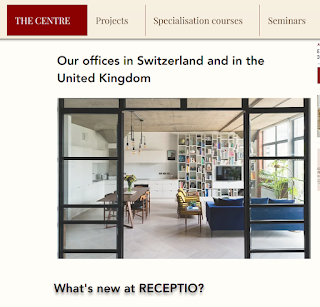 It's pretty different from the Meeting Rooms described above: 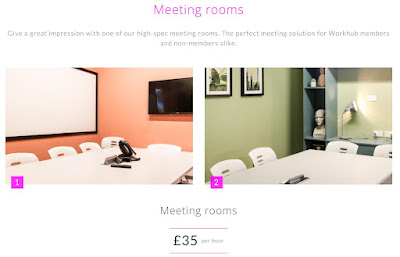