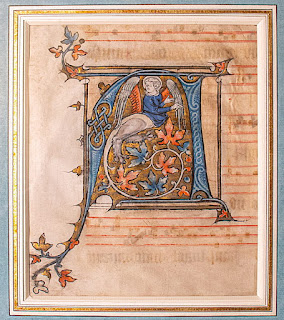 I have for several years known the above cutting, which was until recently in a distinguished south London private collection.

A sister cutting was in the collection of Neil Phillips, sold at Sotheby's, 2 December 1997, lot 64; it was not illustrated in the catalogue, but it had been reproduced in an exhibition catalogue of the Katonah Museum of Art, NY, Medieval Monsters: Dragons and fantastic Creatures (1995), no. 67: 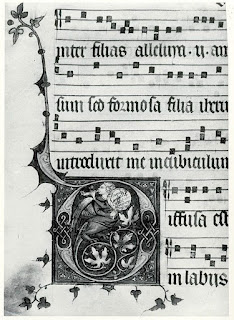 The form of the hybrid figures, combined with the form of the initial itself with openwork interlace, and the maple-leaf foliage infill, are quite distinctive: 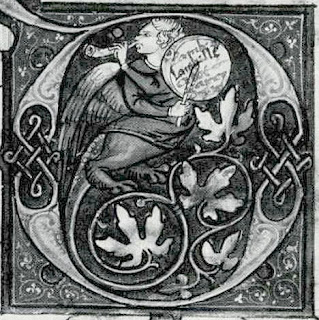 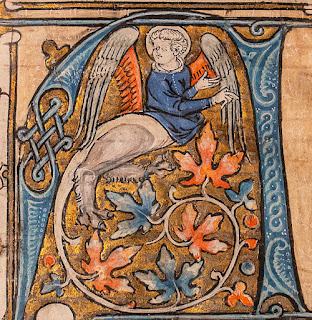 Knowing these two cuttings, I recognised two more a few years ago at the Lilly Library, Bloomington (Ricketts, F. 9): 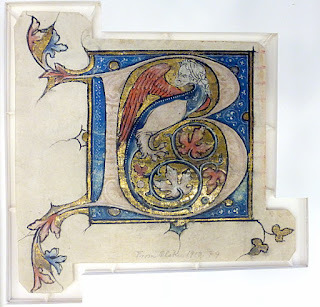 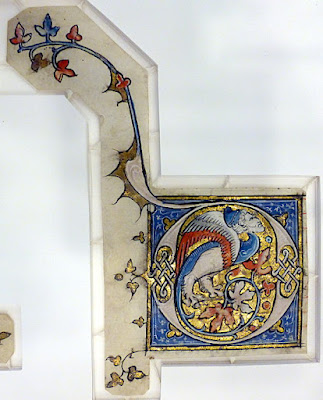 On the back it is inscribed "From Olski, Eng. or Florence, 1913". The other is similarly inscribed on the back.
The cutting shown at the top of this post has on the back a pencil number in the right margin, "27755", using distinctive numerals, presumably a dealer's stock number: 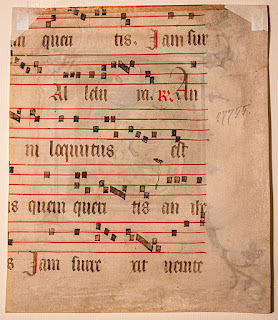 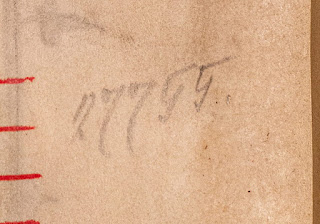 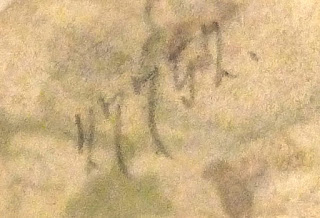 Some years ago I made a rough tally of Olschki stock numbers (as printed in his catalogues of manuscirpts) against the years in which the catalogues appeared, as follows:
1908: 30399
1910: 32212
1914: 35656
1923: 36988
This gives a rough idea of the turnover of his inventory. I shared these very basic data with Federico Botana, who is working on Olschki for the CULTIVATE MSS project, and he kindly confirmed that he had noticed the same thing over a longer period: from about inventory no. 23000 in 1900 to about no. 48000 in 1940.
I think we can therefore be doubly confident that the numbers are Olschki's, and thus deduce that the cutting shown at the top of this post was probably also owned by him around 1913 at the latest (when the Lilly cuttings were acquired), and probably closer to 1905. None of this was previously known.
What prompted me to write about this today, is that I have just realised that the same distinctive numbering (very nearly consecutive with the ones above) occurs in the lower margin on the back of a leaf fom a Pontifical in the McCarthy collection (Catalogue, vol. III, no. 59): 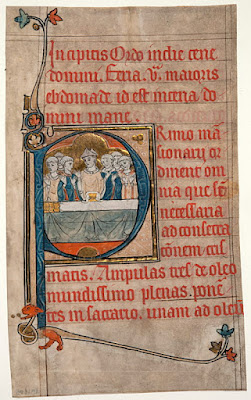 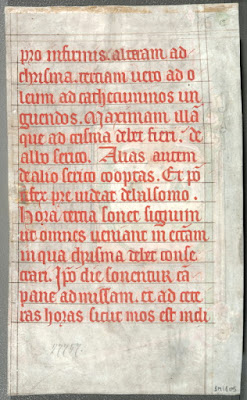 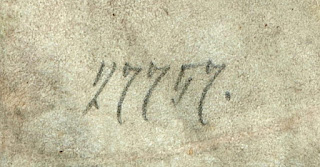 This allows us to suggest with some confidence that the Pontifical leaf came from Olschki, that it was very possibly acquired from the same source as the choirbook cuttings, and also that the other leaves and cuttings of the same manuscripts were also owned by him. One, for example, is at the Art Institute, Chicago, acquired in 1925, its earlier provenance unknown:

François Avril kindly tells me that the ex-Neil Phillips cutting shown near the top of this post was resold at Piasa, Paris, 11 December 2014, lot 15: 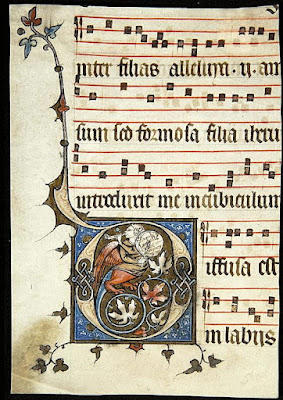