In last week's blogpost we met Felix Joubert, the amazingly talented restorer and copyist of artworks and artefacts in various media. It is probably fair to also label him as a "forger", as he cannot have been unaware that some of his works were intended to deceive: they were either being sold as originals, or used as substitutes for works that were obtained illicitly.

We started our enquiry from the fact that he (or more likely one of his many employees) made a new frame for an illuminated cutting, probably soon after it was sold in the Holford sale in 1927. What I did not mention last week, is that he was also himself the buyer of several lots at that sale. The official  price-list, printed and distributed to catalogue subscribers after the sale, records that he bought lots 1, 2, 9, 14, 25, and 33, for a (substantial) total of nearly £2,200 [1]: 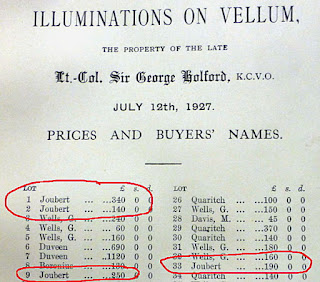 Before I found out who he was, I always assumed that Joubert was a dealer, buying these lots either on behalf of clients, or for stock. This may indeed be true, but I suspect that he was buying at least some items for his own collection, for two reasons.

Lot 1 was a leaf from a mid-13th-century German Psalter, with a very fine full-page miniature divided into two tiers: 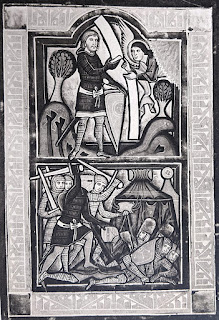 I suspect that it is no mere coincidence that this miniature includes early depictions of medieval arms and armour, such as two different forms of helmet, and the fastening of a sword-belt: 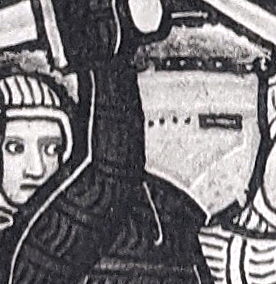 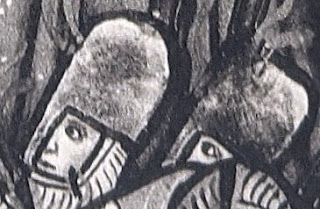 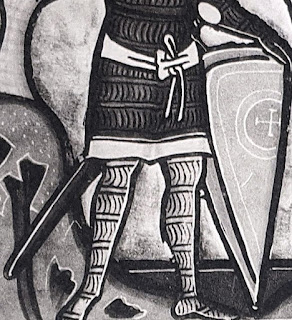 This would surely have appealed to Joubert, and my supposition is perhaps strengthened by the fact that the next lot bought by Joubert depicts 14th-century armour (albeit in less detail): 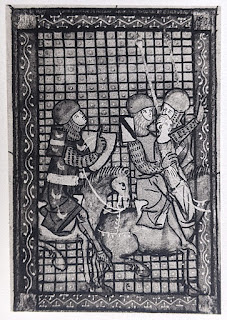 but showing clearly the ailettes (rectangular shoulder pieces [Wikipedia]) and leg-armour, including greaves to protect the shins [Wikipedia]: 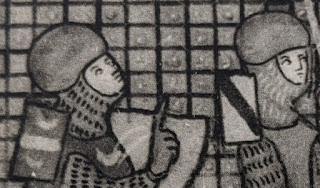 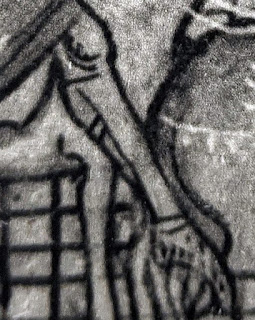 What undermines my idea that Joubert was a "collector" of miniatures depicting armour is that none of the other lots he bought in this sale seem to do so. Perhaps he was buying the two lots above for himself, and the others for someone else?

In any case, one unexpected benefit of my enquiries about Joubert is that they led me to identify a series of miniatures in the 1838 Ottley sale, one of my ongoing projects.

Although it is not entirely clear from their descriptions, lots 14-18 were apparently all from a single manuscript:

"14    One—A highly finished miniature, representing, in two compartments, David and Goliah [sic], and David and Saul, finely coloured, richly gilt, and in the most perfect preservation"

"15    One—Another, by the same artist, of Samson and the Lion; and the Slaying of the Philistines"

"17    One—Another: Battle between the Israelites and the Philistines"

"18    One—The Almighty with the Symbols of the Evangelists, and on the reverse the Resurrection and Ascension of Christ"

We can now attempt to arrange the miniatures in their original sequence. It seems probable that the V&A leaf, with the Resurrection, Ascension, and Christ in Majesty, was the last leaf of a prefatory cycle: 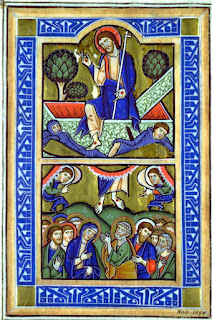 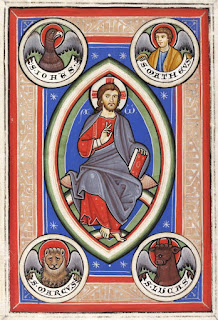 This would have been followed by the full-page David Harping, which very commonly occupies or faces the Beatus initial of Psalm 1.

One might assume that the Old Testament scenes preceded the Life of Christ ones, but this was not the case. English, Irish, and German Psalters often emphasise the "three fifties" -- the division of the 150 psalms at Psalms 1, 51, and 101 -- with enlarged initials, and sometimes also with miniatures.

If the Old Testament narratives scenes were arranged in Biblical order we would expect David and Goliath (1 Samuel) to occur before Gideon (Judges 6-7), which in turn should precede Samson (Judges 14). This we can begin to tentatively reconstruct the arrangement of the Psalter and its miniatures as follows:

The identified miniatures are all in very good condition. It seems very likely that other miniatures from the same manuscript, and perhaps also text pages, still await recognition.

[1] It is always hard to judge the relative value of historic prices, but here is one benchmark: on the day of the Holford sale, 12 July 1927, The Times newspaper carried an advertisement for Humber cars [Wikipedia]. The cheapest models included a 4-seater Tourer at £267 7s, and the most expensive was a 5-7 seater convertible Saloon Limousine at £1,030. So The £2,200 that Joubert spent at the Holford sale could have bought two top-of-the-range limousines. 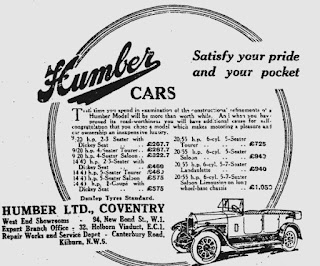 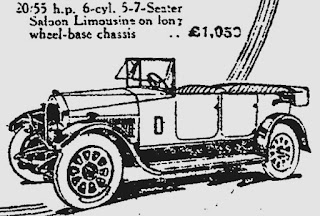 [3] I cannot show any images of one, or colour images of either, as the BL does not allow readers to photograph illuminated manuscripts.
Posted by Peter Kidd at 10:51