It depicts the Massacre of the Innocents, and thus would presumably have occurred in the parent volume very close to most of the others that are known:

Fortunately the reverse is digitised online: 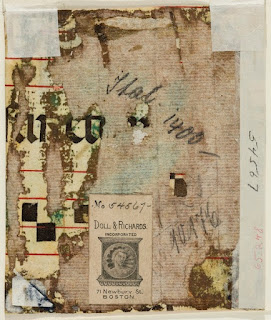 I am perhaps being overly optimistic, but the few visible letters of text:

appear to be part of a standard Matins response for the feast of the Holy Innocents:

The inscriptions on the back include the present inventory number, in red "65.248": 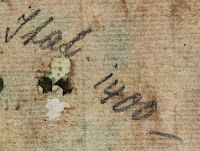 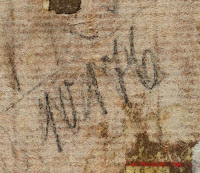 and a stock number "54567" that appears twice, once on the paper strip to the right, and once on the printed dealer's label: 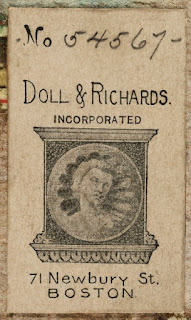 Doll & Richards Inc. was a gallery in Boston from 1866 onwards; they moved periodically, and were at 71 Newbury Street at some point between 1908 and 1962. A view of the showroom at this address is available online via the Smithsonian:
The cutting was bequeathed to the Detroit Institute of Arts by John S. Newberry, their former curator of graphic arts; there is a brief obituary in The New York Times, and a longer one in the Bulletin of the Detroit Institute of Arts, 44 no. 4 (1965), pp. 67-69.
Posted by Peter Kidd at 15:26