Greg Clark has kindly contacted me, sending me a scan of a slide found among the those of the late Anne van Buren, depicting two more of the missing leaves of the Loredan Hours, about which I have written before, here in 2012 and here in 2014. 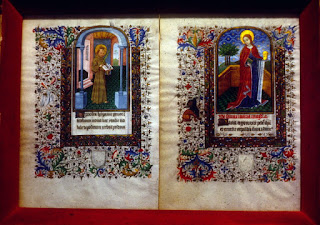 When photographed in July 1980, they were framed together and offered for sale by Galerie Stallburg (Stallburggasse 4, Vienna). 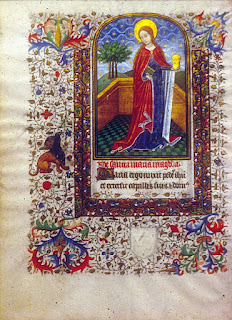 And the other shows St Anthony of Padua, thus settling the long-standing uncertainly about whether this miniature in the parent volume depicted Anthony or St Louis: 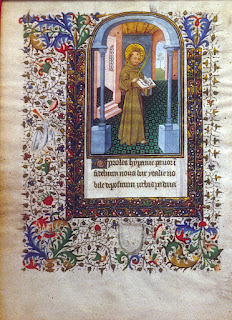 He is less easy to recognise because his attribute looks like a palm of martyrdom rather than a lily, but the text below the image leaves us in no doubt: