"EXHUMATION" is in the process of preparing a much expanded second edition of his excellent The Price-Codes of the Book-Trade: A Preliminary Guide (2010) (cf. here). I have contributed a few new codes, but one has so far eluded us, so I present some of the evidence here in the hope that a reader might be able to solve the puzzle before the second edition goes to press.

George Dunn's books are usually easy to recognise: they typically contain a book-label as follows:

On the facing flyleaf there are sometimes bibliographical comments, and almost always an acquisition-note consisting of a price-code, his initials "G.D.", and the date: 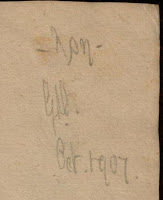 The price-codes usually consist of two or three minuscule letters of the Greek alphabet, but the numerals that they represent has never, to my knowledge, been decoded.

The first sale of Dunn's library took place in 1913, and the Harvard Law School bought a large group en bloc. These have been digitised, so it is possible to look at a significant number of Dunn inscriptions rather easily. From this it appears that Dunn used the entire alphabet, α β γ δ ε ζ η θ ι κ λ μ ν ξ ο π ρ ς σ τ υ φ χ ψ ω, or nearly so.

Below I will group images of codes into groups, and follow them with some additional clues to decipherment. The most typical code consists of three letters with a short dash to each side: 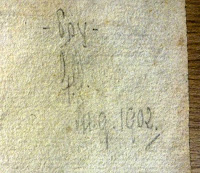 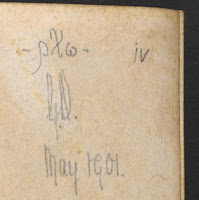 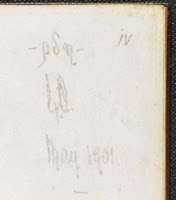 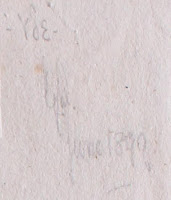 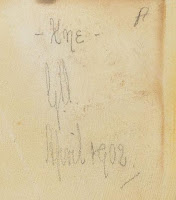 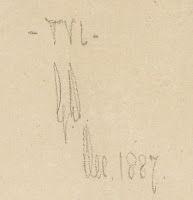 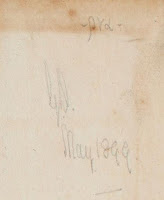 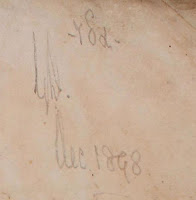 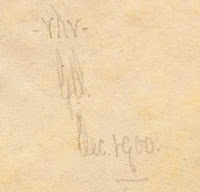 Sometimes there are just two Greek letters, preceded and/or followed by dashes: 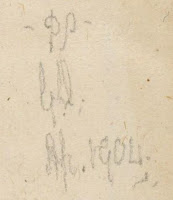 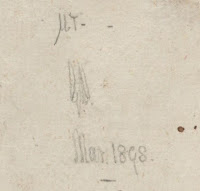 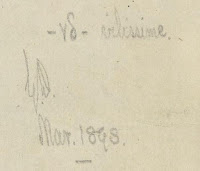 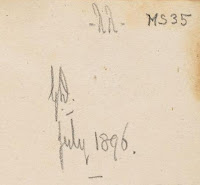 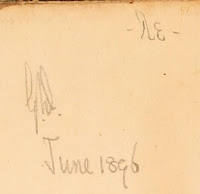 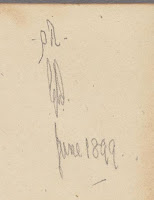 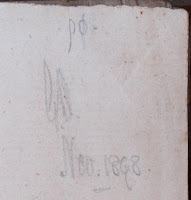 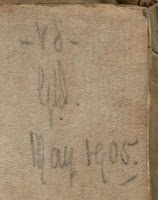 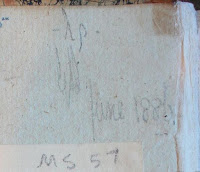 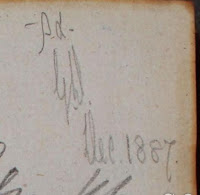 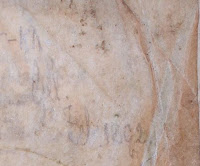 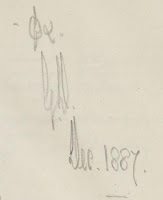 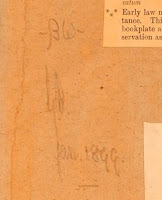 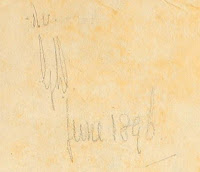 Very infrequently there are one or two majuscule Latin characters instead of minuscule Greek ones: 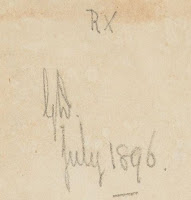 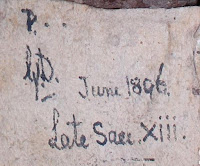 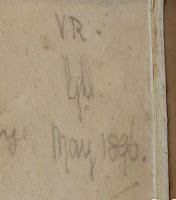 What should make the code easier to crack is a number of books for which we know his purchase-price, and can see what the encoded version is, but the few examples I have gathered are confusing.

At the sale of the library of Sir Henry Hope Edwards at Christie’s on 20 May 1901, Dunn bought three manuscripts, now British Library, Add. MSS. 38662, 38663, and 38664, all of which are available online. We therefore have both the auction-price and Dunn's coded cost, as follows:

All three were bought by Messrs Leighton (presumably acting for Dunn), so presumably the codes represent the hammer-price plus a fee.