My recent posts about manuscripts recovered from Germany after World War II seem to have been popular, so here is another, consisting mainly just of images of the catalogue including its brief preface, followed by a few identifications. 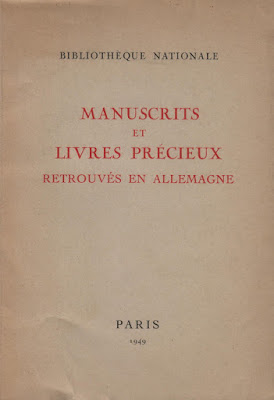 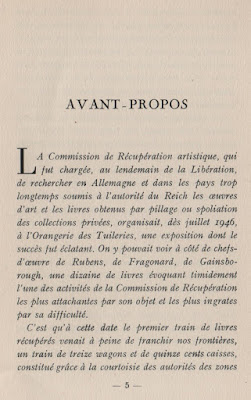 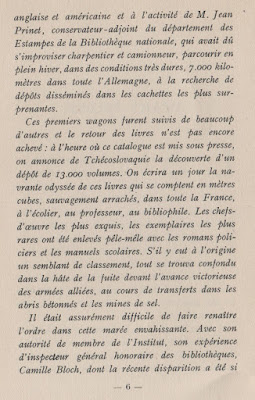 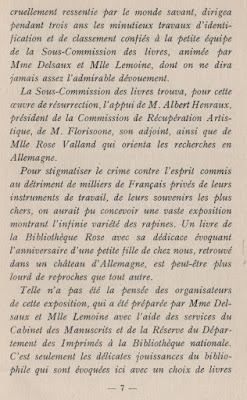 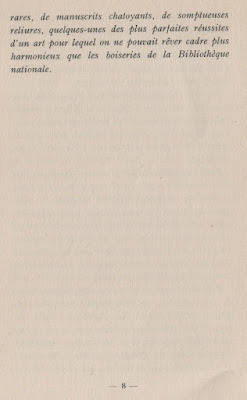 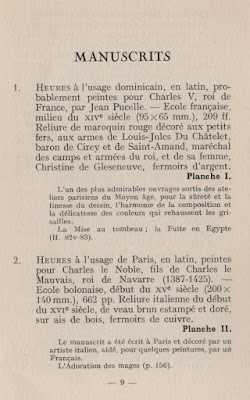 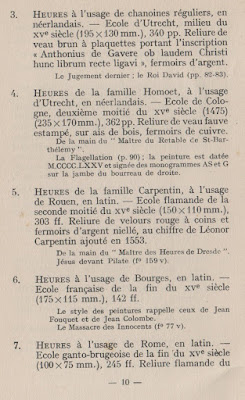 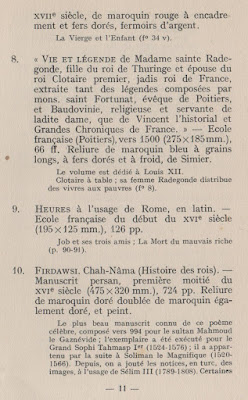 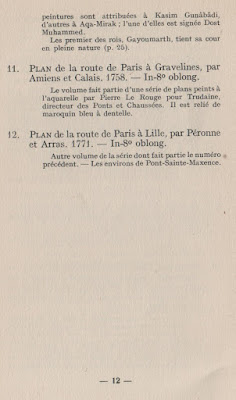 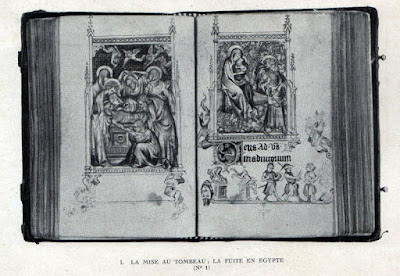 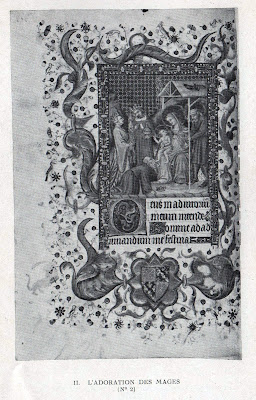 No.1 is the Hours of Jeanne d'Evreux, now at the Cloisters.
No.2 is the Hours of Charles the Noble, now at the Cleveland Museum of Art.
No.3, as Ed van der Vlist kindly tells me (Comments, below) is now The Hague, Museum Meermanno 10 F 50, with images here, including this one:
No.4 is the Hours of Sophia von Bylant, now Cologne, Wallraf-Richartz-Museum, Graph. Slg. 1961/32 (not 1961/31 as given in de Hamel, Rothschilds, pp.7 n.10, 42, 43, etc., and pl.22a):
No.5 is the Carpentin Hours, most recently with Sam Fogg, London:
No.7 is now Brussels, BR, ms. IV.237 (according to de Hamel, Rothschilds, p.54 no.37).
No.8 was awarded to Georges Wildenstein after a dispute with the Bibliothèque nationale about his right to it.
No.10 is probably the "Houghton" Shahnama of Shah Tahmasp before it was broken up.


One gets a glimpse of the process of the repatriation of (printed) books described in the preface to the catalogue from these photos, taken in 1946 at the Offenbach archival depot: 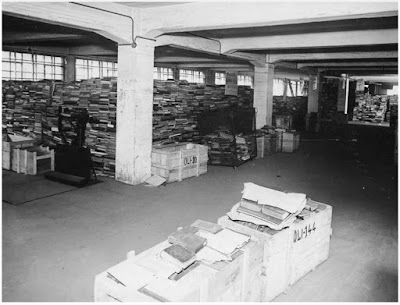 A small provenance note: the copy of the catalogue that I have just bought has the blind-stamp  "EX LIBRIS / RODERICH ZELLER / FREIBURG IM BR.": 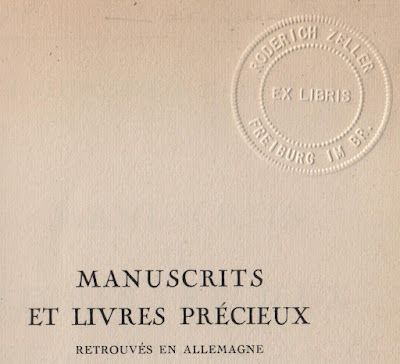 I presume that he must be identical with the author of this book on a related subject: 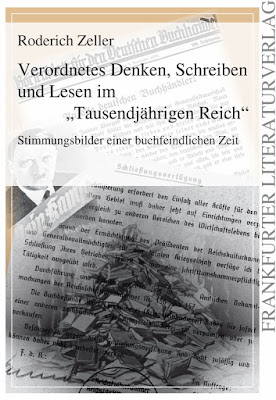