Unidentified Hurault? Arms in a French Book of Hours

I am currently trying to identify some arms that appear twice in a Book of Hours, made in Paris(?) in the first half of the 16th century. They appear filling a half-page space at the end of the Extracts from the Four Gospels: 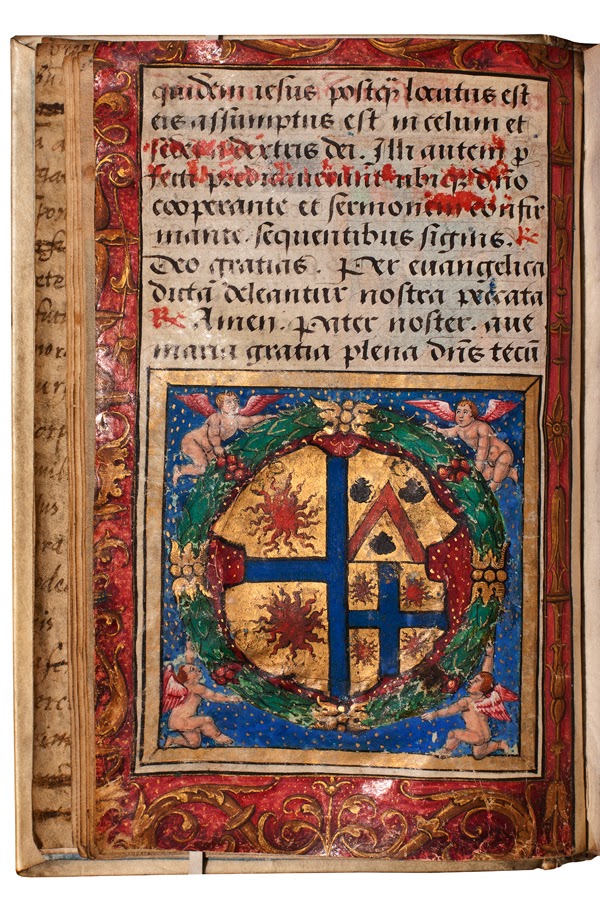 and again, rather cropped, in the lower border at the beginning of the Hours of the Virgin: 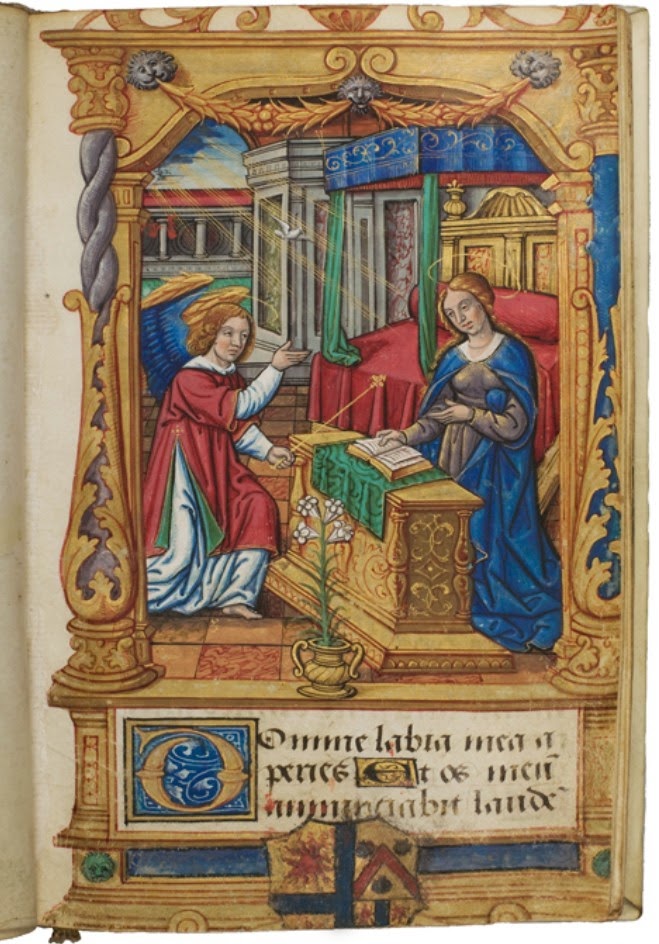 They appear to be the dimidiated arms of a husband and wife; the dexter side being: or, a cross azure, four suns gules; these arms were borne by the Hurault family:

The sinister side is divided fess-wise, with the same Hurault(?) arms below, and above them or, a chevon gules, three scallops sable. These arms are associated with the Pierins family: 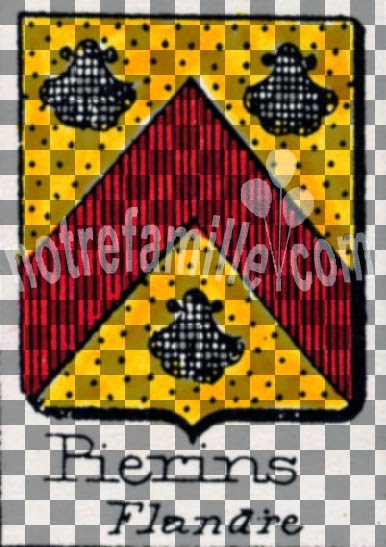 and the Girard des Orres family (as Bernard Gineste kindly informs me):

I have not been able to find any marriages between the Hurault and Pierins or Girard des Orres families.

The matter is somewhat complicated by the fact that, although probably 16th-century, the arms may have been added to the manuscript, and back-lighting suggests that the arms either replace different arms, or else cover-up the same arms, wrongly disposed: 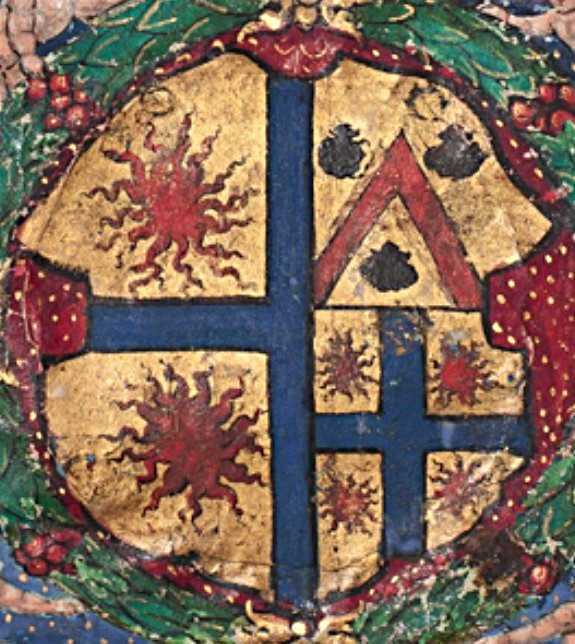 I would be very grateful for any suggestions that readers may be able to offer.

[EDIT 8 June 2014]
This puzzle has been very quickly solved by Jean-Luc Deuffic in the comments below. Thank you and congratulations, Jean-Luc!

His suggestion of Jacques Hurault and Marguerite Poncher fits the evidence perfectly: