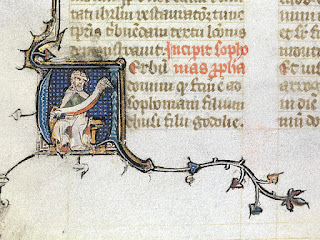 Last week we looked at a manuscript sold by Dawson's Book Shop of Los Angeles, and broken up by Otto Ege (or perhaps Philip Duschnes). Today we'll look at a few more.

For the catalogue of French manuscripts in the collection of Bob McCarthy I traced eleven leaves with historiated initials from a Parisian Bible of about the 1330s  (of which a detail is shown above), and about sixteen more without historiated initials: 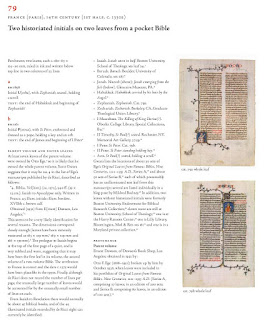 Ege included leaves of this Bible without historiated initials in his portfolios of Original Leaves from Famous Bibles, Nine Centuries, 1121–1935 A.D., Series A and B, and in his study of Otto Ege's Manuscripts, Scott Gwara suggested that the parent volume might be no. 4 in the list of Ege codices in de Ricci's Census:

I gave several reasons for believing that Scott was right. We can now confirm this: de Ricci records that Ege got the book from E[rnest] Dawson in 1932, and it can be identified in Dawson's Catalogue 83, March 1932, as an unnumbered item on the back cover: 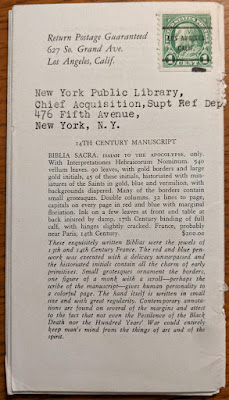 This description provides a few extra details not mentioned by de Ricci, including the fact that, in addition to 45 historiated initials, there were another 45 "gold borders and large gold initials"; these were presumably leaves with prologues to the biblical books.

In Dawson's Catalogue 101, January 1935, there are a number of medieval manuscripts listed with uncharacteristically short descriptions. 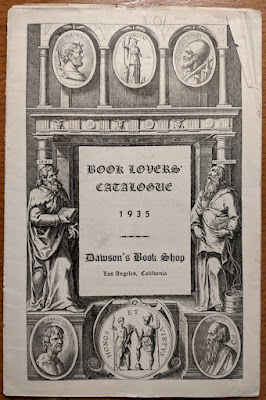 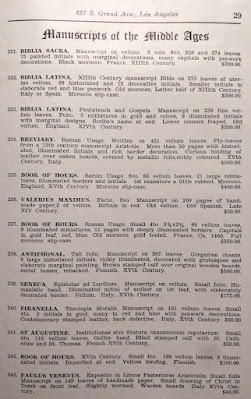 One of these is a 15th-century Italian copy of Terence's Comedies with 103 leaves: 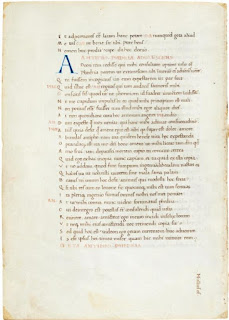 Another is a large 15th-century Flemish Antiphonary with 207 leaves:

This is the so-called Limburg Antiphonary, Gwara HL82 and no. 68 in de Ricci's Census:

On the connection between Dawson's and Ege it is worth noting that the former were apparently a distributor of the latter's first portfolio, Series A of Original Leaves from Famous Bibles, Nine Centuries, 1121–1935 A.D., issued in October 1936, and available from Dawson's by the beginning of December of the same year: 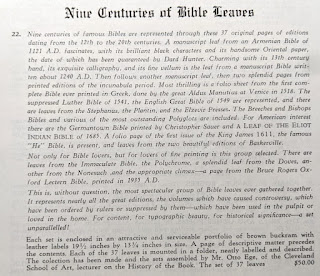 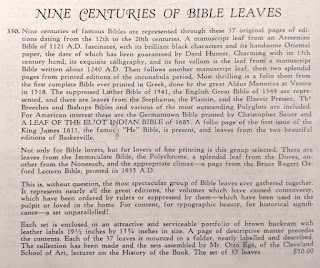 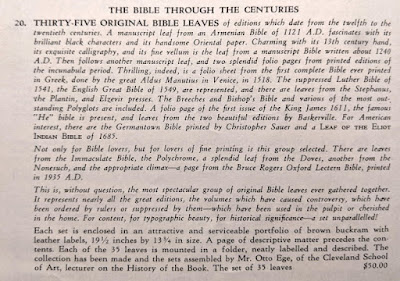 For the record, these are the other Ege manuscripts in de Ricci's Census which he records as having been acquired from Dawson's: