Four leaves of the so-called Knyvett Hours (of which two other leaves with miniatures were sold at Sotheby's on Tuesday), now at LACMA (the Los Angeles County Museum of Art), are bound in plain parchment over pasteboards, with a title in gilt capitals on the front cover and spine, and signed on the turn-in “Bound by Sangorski & Sutcliffe, London, England”. 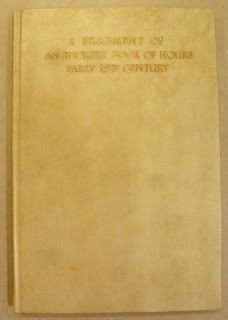 These leaves have no recorded provenance between their appearance in their parent manuscript, in a Quaritch catalogue in 1931, and their purchase in 1974 by LACMA from Warren R. Howell, of John Howell Books, San Francisco. The binding, however, strongly suggests that they were owned by Mark Lansburgh.

A leaf of a French Breviary now in a private collection is bound almost identically: 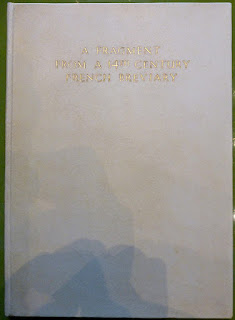 This leaf has a more detailed provenance. It was sold as the property of Dr E. G. Millar (of the British Library) at Sotheby’s, 11 July 1960, lot 53, where it was bought by Quaritch, and offered in their Catalogue 820 (1961). At this time it was “on a cardboard mount”; the back pastedown has the bookplate of Mark Lansburgh, who was therefore doubtless the purchaser responsible for binding it. 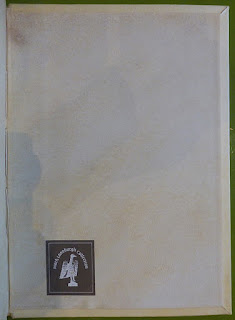 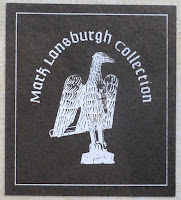 Lansburgh (d.2013) will be known to many readers of this blog as the owner of many high quality medieval manuscript leaves. An obituary here includes the following details:


"Mark Lansburgh Jr., ... died this past summer in Santa Fe, New Mexico, where he had lived for many years. An art historian and long-time collector, he was a lecturer in art at Colorado College and visiting lecturer at various campuses, including Dartmouth, Stanford, and New York University. He served in the army in World War II from 1943 to 1945 as an air force flight lieutenant and attended Dartmouth in the post-war years, graduating in 1949. He was the donor of over fifty manuscripts, several important printed texts, and a collection of handprinted broadsides to the [Dartmouth] library, and a number of Islamic and ancient works of art to the Hood [Museum, Dartmouth]."