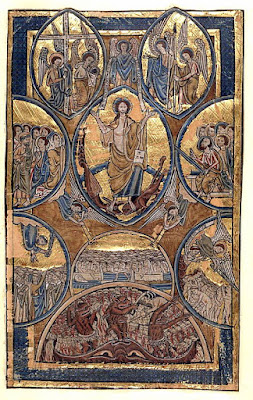 In the previous post, we left the BFAC exhibition looking at a leaf hanging on the wall just inside the door to the Gallery. In the first exhibition-case in the Gallery was the set of six full-page miniatures illuminated by William de Brailes, lent by Chester Beatty, and now at the Fitzwilliam Museum (MS 330; all six are online here), including the one shown above, which is no. 2 of those listed below: 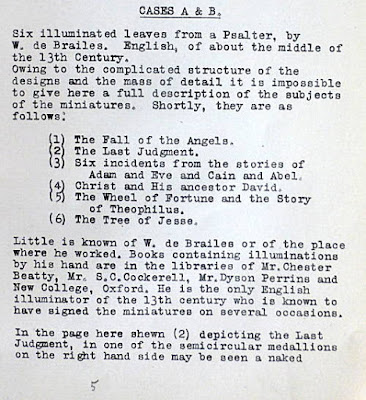 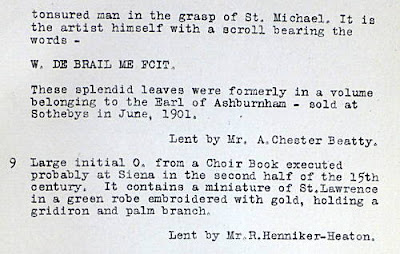 Another display-case contained a dozen or so leaves and cuttings: 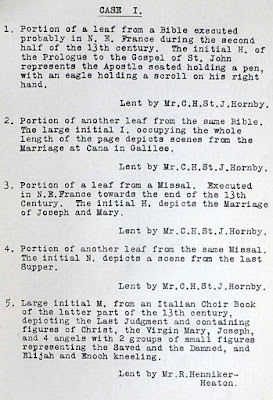 In the BFAC the second is described as a "portion of another leaf from the same Bible", but it is, in fact, the other half of the same leaf. Branner (Bulletin of the Cleveland Museum of Art, 1971, p.221), demonstrated that their text is continuous: 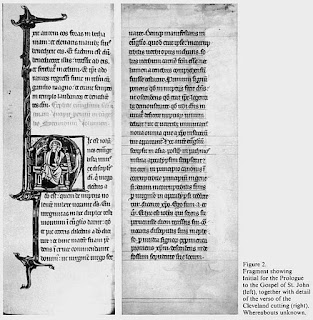 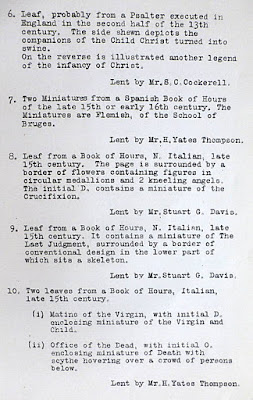 Of these, no.6 was for many years in the collection of Pierre Berès, and was acquired in 1993 by the Fitzwilliam Museum: 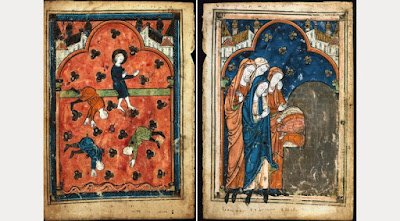 It is interesting to see that nos.7 and 10 were lent by Henry Yates Thompson, as he is not usually associated with single leaves, except for the Jean Fouquet leaves acquired by the Louvre.

On a table was a leaf from an Antiphoner, also lent by Yates Thompson: 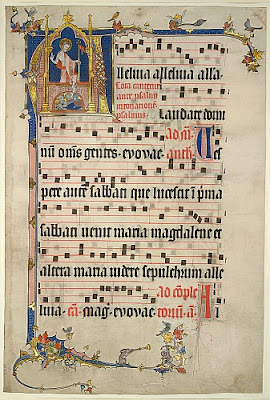 A few more items from the exhibition will be mentioned in a later post. Does anyone recognise any of the leaves and cuttings that have not been identified here and in the previous post?

[1]
A recent and very detailed study and list of leaves and cuttings from the Glazier-Rylands Bible is by Alison Stones in Les enluminures du Louvre, exh.cat., 2011, pp.127-34, with col.ills., to which can be added a leaf from Job at Truman State Library, Kirkesville, MO (on which see the forthcoming article by Eric Johnson and Scott Gwara in Manuscript Studies, 1 no.2 (2016), with col.ill.); and the Tobit initial (Quaritch catalogue 1434 (2016), no.8 (col.ill.)).
Posted by Peter Kidd at 09:55