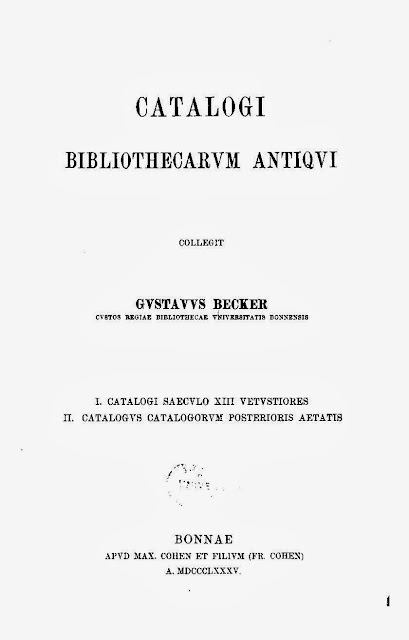 It provides transcriptions of more than 130 pre-1200 lists of books / library catalogues, some very short, some very extensive. Many had been printed before, and references to the earlier editions are cited.  Here, for example, are the pages with the catalogue for Durham, preceded by the end of Arras, and followed by the beginning of Bec: 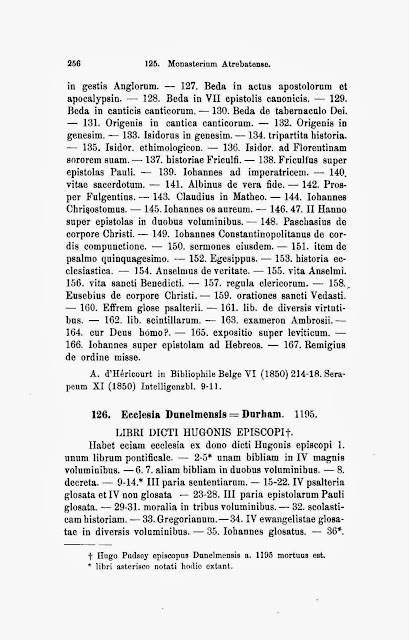 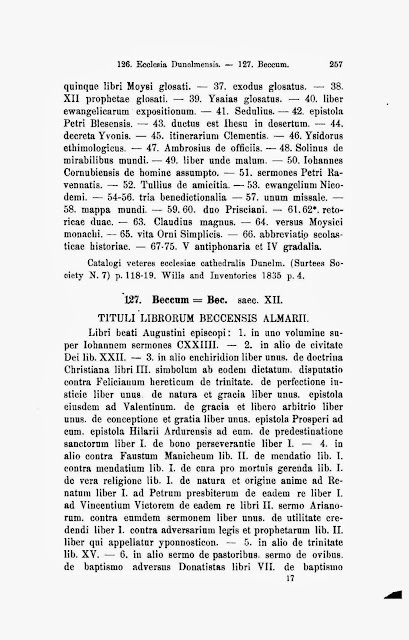 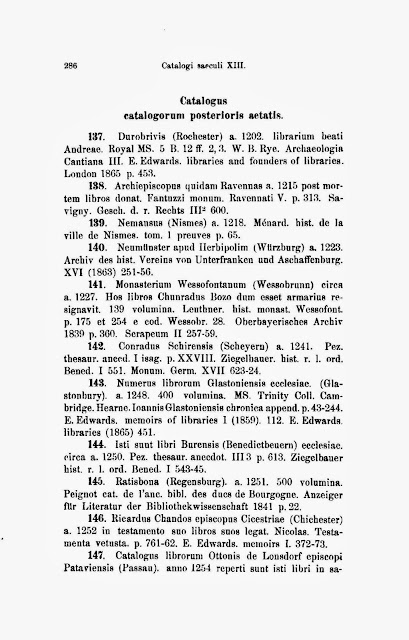 Reference is often made to Edward Edwards' Memoirs of Libraries: Including a Handbook of Library Economy (1859), which includes a history of libraries from the earliest times to the 19th century. This is also online in several copies, but most seem to suffer from poor scanning quality.

Of course most of the catalogues included by Becker have been published in better modern editions, but not many of these are online.
Posted by Peter Kidd at 10:59