Cuttings from a Cistercian Gradual 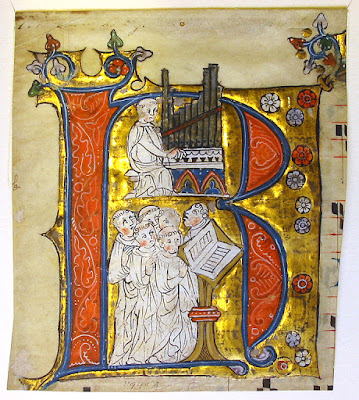 I am currently (July 2016) aware of nine cuttings from this manuscript, and expect that there are others waiting to be recognised.

Four were were part of a collection of cuttings bought by the Victoria & Albert Museum in 1883 from W.H. James Weale (1832–1917), who had lived in Bruges, worked on Flemish “primitives”, and was later to become the V&A’s Librarian. They were included in the published catalogues of the V&A's leaves and cuttings (1908, pp.25–26 and [1923], p.20) as “Flemish, early 14th cent. Rough work” together with another cutting (8977A) in an apparently unrelated style.
The new professional V&A photos above all make the gold appear very flat, but my own show photos that it is in fact highly burnished, as in the example at the top of this page, taken in 2003. 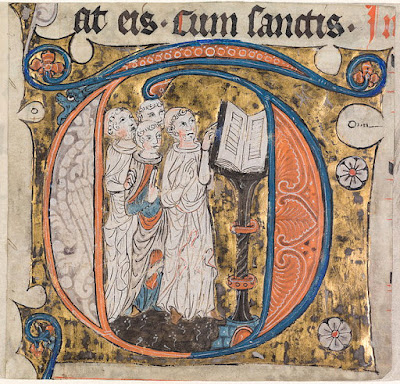 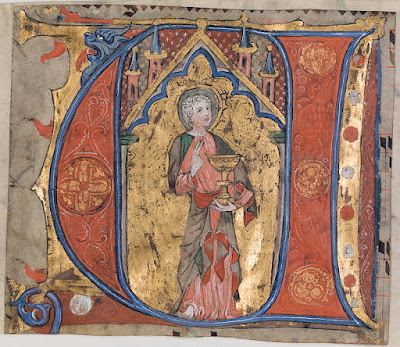 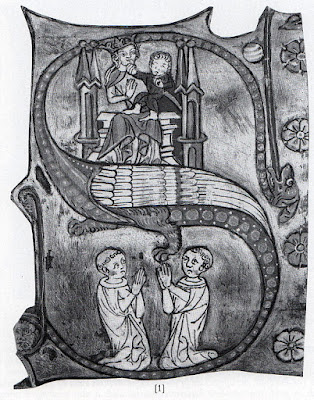 One was in the Kofler-Truniger collection, Lucerne, and later Jörn Günther Antiquariat, Catalogue 6 (2002), no.27: 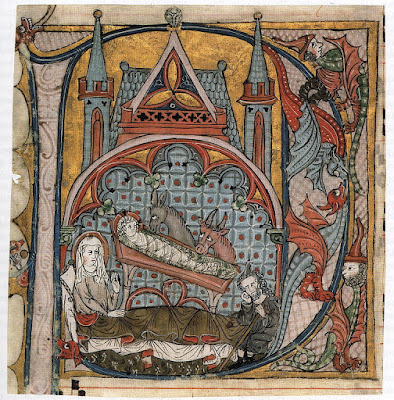 Most recently, one was sold by Sotheby's, 3 December 2013, part of lot 17, and subsequently De Brailes, Catalogue One, no.I and Catalogue Two, no.II: 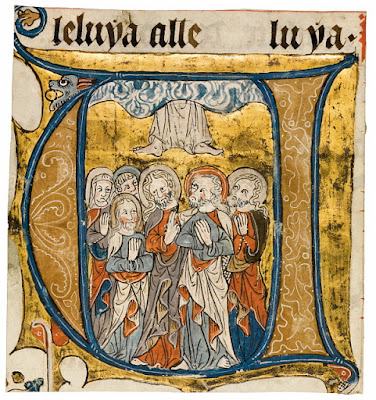 The place in the parent manuscript from which four of the cuttings come can be determined, by the initial letter, iconography, text on the reverse, or other features:
I am very keen to locate further cuttings or leaves from this manuscript; please do contact me if you know of any others: peter@manuscripts.org.uk